We should get a few things straight if we're going to debate how to use the Canada Pension Plan to help people save more for retirement.

The federal government proposed the idea last week of allowing people to make extra CPP top-up payments, and there are those who think mandatory extra CPP payments are the way to go. To help you follow along, let's look at seven things you need to know about the CPP and retirement saving:

The CPP debate is politics, yes, but also a lot more

A recent Nanos survey found that 88 per cent of Canadians strongly or somewhat support an increase in CPP benefits. So politicians are definitely going to be drawn to the issue of CPP expansion. We should have a great conversation on this topic in the upcoming federal election. But don't mistake the CPP as a political prop. It's a foundational and sustainable source of retirement income in a country where some segments of the population aren't saving enough for their senior years.

It matters whether people are saving enough for retirement

We had a problem decades ago with too many seniors living in poverty and we fixed it. We cannot afford to backslide for two reasons. One is our rapidly aging population. We need seniors to be financially self-sufficient and paying taxes to sustain the health-care costs they'll generate. Second, our economy is highly dependent on consumer spending. We need seniors who can afford to buy things.

The status quo on retirement saving is just so-so

There's good reason to believe that people close to retirement age will be fine for the most part. But younger people are a concern for several reasons: The combined cost of mortgage payments and daycare can leave little left over for retirement saving, and workplace pensions are becoming a luxury. A recent report from CIBC economist Benjamin Tal says people who were born in the 1980s and who will retire at mid-century could face a 30-per-cent drop in their standard of living when they retire. More broadly, Mr. Tal says about 5.8 million people of working age will see a drop of more than 20 per cent in their standard of living in retirement due to lower savings rates and declining pension availability.

CPP contributions are not a tax

This bogus phrasing is based on the idea that CPP contributions are deducted from our paycheques, with matching contributions coming from employers. Governments don't touch this money – it's aggregated and invested to pay current and future CPP members the benefits to which they're entitled. Employers might call their CPP contributions a payroll tax, but this money is really deferred salary for workers to access in retirement.

Mandatory extra CPP contributions (with an opt-out provision for those who don't want to participate) are preferable. If we want to put people who aren't saving enough in a better position to retire, that's the right option. But a voluntary proposal can still lure new retirement savings by giving people a trusted place to put their money that lets them avoid a grabby investment industry that too often puts profits ahead of clients. People may find money for the CPP that they wouldn't have invested otherwise.

Anybody investing for retirement in an over-priced, under-performing mutual fund would benefit from being able to put more money in the CPP. The CPP isn't the leanest operation because of the complex investments it owns, but it's drastically cheaper than many mutual funds. Pay less for your investments, keep more of your returns for yourself.

ETFs are great, but they're not the answer

At their best, exchange-traded funds are a cheap, simple and flexible way to build a retirement savings portfolio. No one loves them more than me and, yes, I own a bunch myself. But as wonderful as ETFs are, they're a mystery to investing novices and in no way ready for prime time as a retirement option for the masses. ETF companies have lots of work to do in packaging their products so they can be used to build simple retirement portfolios. You need as few as three ETFs for a balanced portfolio, and there are 493 of them listed on the Toronto Stock Exchange. 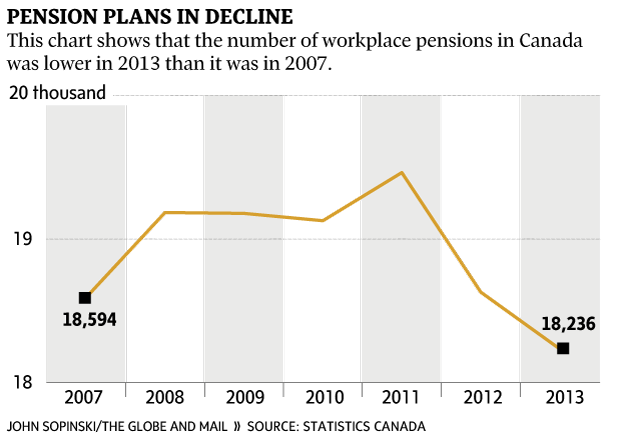