David Yorke stood on stage last week at a convention centre in downtown Toronto, criticizing his host Research In Motion Ltd. in front of a room full of software developers the company was desperately trying to win over.

He had become frustrated trying to create a BlackBerry app that allowed users to watch high-definition video clips of simulated baseball plays, and then "make the call" by playing umpire. On RIM's existing software platform, he said, it was simply impossible.

"All respect to the BlackBerry guys here, I gave up," said Mr. Yorke, who made the app for Apple Inc.'s iPhone instead.

His time on stage, though, ended positively for RIM – which has a developer outreach team trying to drum up enthusiasm about the struggling company's upcoming BlackBerry 10 operating system. Mr. Yorke said RIM's new software is easier to use and that he's going to bring his app to the platform, exclaiming: "I'm coming back to BlackBerry!"

For RIM, every bit of good news like this helps, because it's going to get much, much worse for the Waterloo, Ont.-based smartphone maker before anything good comes from its push with BlackBerry 10.

RIM, which has lost huge ground to Apple Inc. and devices running Google Inc.'s Android software, is staking its comeback on the new software, which will bring new functionality and a slew of new apps to RIM's dated product portfolio.

In an industry as fast-moving as mobile technology, a company's image matters on a quarterly basis – and RIM needs to maintain momentum in the eyes of consumers, even as it has little to offer but bad news.

A taste of just how dark things will get comes this Thursday, as RIM – which has already confirmed it is in the middle of layoffs – reports another dismal fiscal quarter. The pain will not end there, because things are likely to get even worse for RIM as it vies with Nokia Corp. for the unenviable title of worst performing smartphone giant. One analyst is already likening RIM's next quarter, which the company will report in August, to a "black hole."

Sales of RIM's current crop of BlackBerry 7 devices have been declining dramatically as the company attempts to strike a balance between convincing developers, industry watchers and others that BlackBerry's next platform will turn around the company's faded fortunes, while also persuading people to buy the unsold BlackBerrys and PlayBook tablets now clogging retail channels.

The strain is shown in RIM's sagging stock price. In an update in late May, the company's new CEO Thorsten Heins warned that the next "few quarters" will be challenging. He said the firm will probably see an operating loss when it reports on June 28 because of slowing sales of BlackBerrys – sales of which are increasingly being made at a discount.

It is possible that Mr. Heins, who took over when former co-CEOs Mike Lazaridis and Jim Balsillie stepped aside, will use the company's quarterly earnings as a chance to detail the layoffs now rippling across the company's work force. Last summer, RIM laid off about 2,000 workers, or 11 per cent of its employees, and sources have told The Globe and Mail that at least as many workers, and possibly many more, are likely to lose their jobs in the latest round of layoffs. Many employees are now toiling on RIM's turnaround, working on various aspects of BlackBerry 10, even as they face an intensely precarious job situation.

"It feels a bit like last year, really. People are excited about BB10, sure, but also nervous about the axe dangling above," said one RIM employee, who has seen cuts fall mainly in middle management. "Morale is a bit of a mixed bag … But other days are better, as the software we're working so hard to get right comes into focus." 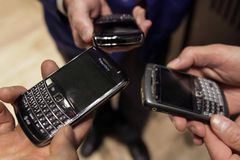 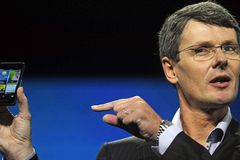