Research In Motion Ltd. 's comeback story is likely to take at least several years, according to comments from one of the smartphone giant's board members and major investors.

Prem Watsa, whose Fairfax Financial Holdings Ltd. boosted its stake in RIM to more than 5 per cent around the same time Mr. Watsa joined the Waterloo, Ont.-based BlackBerry maker's board, said he is looking at RIM as a three- to five-year investment.

Speaking at Fairfax's annual general meeting on Thursday, Mr. Watsa described RIM – which has seen its market share in the United States eroded amid tough competition from Apple Inc. and Google Inc. – as one of Canada's success stories, despite its challenges.

"Is it going to turn around in three months, six months, nine months? No," Mr. Watsa said, in a press conference after Fairfax's AGM. "But if you're looking four or five years – we make investments over four or five years... It's an amazing success story."

His comments offer some insight into a technology company that many critics have written off. With huge declines in market share in the U.S., a lacklustre lineup of recent smartphones and fresh competition in emerging market strongholds, RIM is facing a challenging market position.

RIM's new chief executive officer, Thorsten Heins, has promised to undertake a comprehensive review of the company's business that could include an outright sale. However, he thinks the true value of the company is in competing as an integrated communications provider – partnering in areas, such as content, where RIM has traditionally been weak.

Given the scope of changes Mr. Heins is now contemplating, it is very possible that RIM could look like a very different company, as it restructures to better face the headwinds in the market. Still, there are many industry analysts who have little faith left that a turnaround is possible, in the near-term or long-term. When asked whether he's confident RIM even has three to five years left to make its comeback, Mr. Watsa replied, "I see $2.1-billion of cash and no debt."

Mr. Watsa said he wouldn't have got involved with the company if Mike Lazaridis, RIM's founder and long-time co-CEO and co-chairman until he stepped down in January, wasn't still involved in the company. Mr. Lazaridis now holds a vice-chair position on the board, with responsibility for technological innovation. "Mike is a good friend of mine," Mr. Watsa said. "I consider him a genius."

(Jim Balsillie, who was a co-CEO alongside Mr. Lazaridis for years, kept a board position when he resigned as CEO in January but left the board when RIM reported dismal earnings on March 29.)

Mr. Watsa, a value investor known as Canada's Warren Buffett, also referred to RIM's enormous success in emerging markets in South America, Africa, the Middle East and Southeast Asia. Mr. Watsa said "there's a lot of opportunity" in these markets, where there is no landline infrastructure and hundreds of millions of people are upgrading from simple cellphones to smartphones.

Mr. Watsa also praised Mr. Heins, who came to RIM several years ago from German conglomerate Siemens SA, saying the executive had a proven track record. Although he stressed the company faced challenges, Mr. Watsa expects to see value in his investment after a couple of years – though, he noted, there were no guarantees. 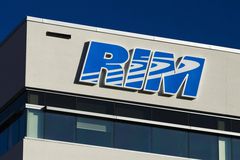 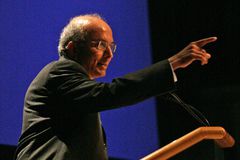 In Asia, RIM sees a glimmer of hope with new BlackBerry launch
April 18, 2012 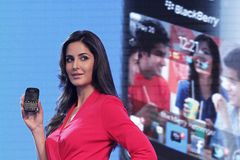 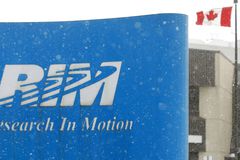