The gold frenzy has sparked a rush to sell everything from tooth fillings to old rings from ex-beaus, but it has also spawned a new type of gold digger.

As people rush to profit from a booming gold price – heading to gold parties, cash-for-gold stores and pawn shops – authorities are issuing warnings about seamier outfits luring consumers, through the Internet, to mail in jewellery.

"It's like the Wild West," said Jo-Ann Sperano, a mediator specialist at New York-based Jewelers Vigilance Committee (JVC), a watchdog for the jewellery industry.

"There are too many of these people ready to take advantage of consumers for a quick buck."

The cash-for-gold phenomenon is gaining momentum in Canada, but the darker side of this unregulated industry is the mail-order business, companies offering cash to consumers who send them jewellery.

In the United States and Great Britain, government agencies have launched several investigations. U.S. consumer groups say they have discovered companies making low-ball offers – as much as 80 per cent below the gold's real value.

Ms. Sperano said she has been trying to stop some virtual gold buyers from "stealing" her organization's logo to put on their home pages.

"It [the logo]ensures consumer confidence," she said, adding that her organization fielded many calls from consumers about one website that solicited gold and diamonds and disappeared earlier this week. It was the subject of 57 complaints filed to the Ottawa Better Business Bureau.

The site gave an Ottawa address, which turned out to be a mailbox service, where the jewellery that was mailed in was redirected, said Diane Iadeluca, president of the Ottawa BBB.

"All the complaints were unanswered," she said. "All these customers have sent in different types of jewellery and never saw a return [of money]or a very small cheque. It's very sad."

Chantal Croteau says she got caught in this.

As a way to help pay legal costs for her divorce, she shipped her gold-and-diamond engagement ring and wedding band in September to a man named "Andrew," who had agreed to pay about $2,500 for her jewellery.

These kinds of complaints spurred high-end Montreal-based jewellery retailer Birks & Mayors to start an online division a year ago to offer a mail-in jewellery service branded the Birks Gold Exchange.

"A lot of our customers were asking for it" because they didn't feel comfortable sending their jewellery to faceless virtual gold buyers, said Jeanne Gilbert, Internet director at Birks & Mayors. "They trust us. We are a company that is recognized."

Complaints are more common in the United States, where the U.S. Postal Service received more than 1,300 loss claims between 2008 and 2009 from consumers who sent jewellery to Florida-based Cash4Gold, one of the largest U.S.-based mail order businesses.

The company, which advertises heavily on television, has said that packages in the mail get lost or are stolen, according to documents submitted to a U.S. congressional subcommittee. It says it receives as many as 20,000 packages a week.

Jeff Aronson, the chief executive officer of Cash4Gold, stands by the company's practices and says the vast majority of its customers accept the appraisals and the company's offers for their jewellery. Mr. Aronson helped launch the business three years ago and says it has recorded more than 900,000 transactions.

Gold buyers sell the scrap metal to refiners, who melt it into bars. Gold from rings or necklaces make its way back to jewellers or to the investment industry where it's made into bullion bars bought by exchange-traded funds and the like.

It's all part of the frenzy surrounding gold's spectacular runup.

Gold parties, which are legitimate, started in the United States three years ago amid the recession. Payouts to consumers vary after the company, hostess, and refiners get their cut. Toronto-based Gold Party Princess, one of the pioneers in this country, is also in the midst of selling franchises.

Sherry Wilson, who went to a gold party last Saturday that was hosted by a colleague at her suburban Toronto home, dumped six 10-karat gold rings, two pairs of earrings, a chain and four tiny pendants onto a table in front of gold buyers with GoldSmart Network.

Once the jewellery was tested and weighed, she was given $238 in bills.

"This is a nice treat," said the 37-year-old mother of twin boys. "Some of the rings are from ex-boyfriends. One would be horrified if he knew I just made money from them. … But I wouldn't ever wear them again – they would have sat in my jewellery box for years."

Gold parties, which also grow by referrals, have a "built-in mechanism that forces people to treat others better," but consumers still need to be on their toes, warned Keith Perrin, co-owner of Toronto-based GoldSmart Network and a former president of Jewellers Vigilance Canada, an industry watchdog.

"There are a lot of people who are in this business, and all they did was buy a gold-testing machine and some business cards ...

"A common trick is to confuse people with units of measure," said Mr. Perrin, a former general manager of a metals refinery.

Editor's Note: Some information contained in the original newspaper version and an earlier online version of this article has been deleted from this online version. 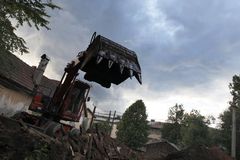 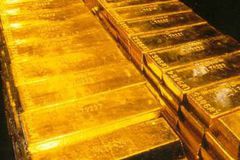 Does the world really need to return to a gold standard?
November 8, 2010
Gold miners ride new infatuation to higher profits
October 28, 2010
Rise of precious metals not over yet
September 29, 2010 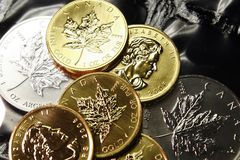