Samsung Electronics shares slumped 7.5 per cent on Monday, wiping more than $12-billion off the South Korean giant's market value, as a sweeping victory for Apple Inc. in a U.S. patent lawsuit raised concerns about its smartphone business – its biggest cash cow.

Samsung, which says it will contest the verdict, was ordered to pay $1.05-billion in damages after a California jury found it had copied critical features of the hugely popular iPhone and iPad and could face an outright sales ban on key products.

"There are still too many variables including the final ruling to come at least a month from the recent verdict, and whether there will be a sales ban on Samsung's main sellers such as the Galaxy S3," said a fund manager at a Korean asset management company that was one of the biggest institutional holders of Samsung's stock as of end-March.

Shares in Samsung – the world's biggest technology firm by revenue – tumbled as much as 8 per cent, its biggest daily percentage drop in nearly four years, to 1.173 million won, before closing at 1.180 million won. The broader Seoul market fell 0.1 per cent.

Trading volume was also heavy, with a total of 1.27 million Samsung shares changing hands, around four times the daily average it saw last week and the stock's biggest daily volume since October 2008.

In the most closely watched patent trial in years, the jury at a federal court in San Jose, Calif., just miles from Apple's headquarters, found that Samsung infringed on six of seven Apple patents.

The verdict, which surprised many analysts with its speed – coming after less than three days of deliberations – and the extent of Apple's victory, will likely solidify the U.S. firm's dominance of the exploding mobile computing market.

Apple's triumph was also seen as a blow to Google whose Android software powers the Samsung products that were found to infringe on Apple patents.

But it could help Microsoft, which has been struggling to win ground with its rival Windows mobile operating system. Shares in Microsoft's handset partner Nokia jumped 6 per cent in early trade on Monday.

Analysts estimate Samsung's earnings will be reduced by 4 per cent this year due to increased patent-related provisioning.

"Samsung should be OK – it means a 4-5 per cent hit to the bottom line," said a Hong Kong-based hedge fund manager who declined to be identified.

"Both companies are in the midst of a squabble but I don't think it's a structural negative for Samsung. At the end of the day, as Forbes reported recently, Samsung has 65,000 patents versus 9,000 for Apple. Furthermore, Apple relies on Samsung for the processing brains of their phones. I sold Samsung four months ago but am watching the stock closely now."

The court case had weighed on Samsung's stock in the week leading up to Friday's verdict, but even after Monday's slide it remains up around 75 per cent over the last 12 months, during which time galloping smartphone sales have powered record profits.

The phone and tablet business now accounts for around 70 per cent of earnings for Samsung, which made a net profit of $4.5-billion in the April-June quarter.

Apple plans to file for a sales injunction against Samsung, its lawyers said, and the judge in the case set a hearing date for Sept. 20. Samsung, in turn, said the verdict "is not the final word in this case."

Top executives at Samsung, led by vice-chairman Choi Gee-sung and head of its mobile division JK Shin, held an emergency meeting on Sunday.

The biggest concern for Samsung remains whether its latest flagship product the Galaxy S III, which was not included in the case, will also be targeted by Apple. The model is Samsung's best selling smartphone, with sales topping 10 million since its late May debut.

But Samsung's skill as a "fast executioner" – quick to match others' innovations – would likely mean tweaked, non-patent infringing devices would be on the market soon after any ban came into place, Morgan Stanley analysts said in a note.

"Outcomes of patent cases as well as their direct commercial effects are hard to gauge and often take time to resolve," said another Hong Kong hedge fund manager who focuses on South Korea. "For now, I would be neutral until better clarity or cheaper levels."

Samsung was disappointed by the verdict and plans to keep up the legal fight to have its claims accepted, according to an internal memo sent to its employees and released to the media.

"We've sought to settle this through negotiations, as Apple is our customer but had no choice but to counter sue," the memo said. "History has shown there has yet to be a company that has won the hearts and minds of consumers and achieved continuous growth when its primary means to competition has been the outright abuse of patent law, not the pursuit of innovation." 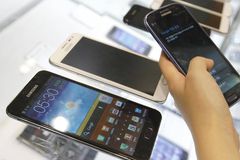 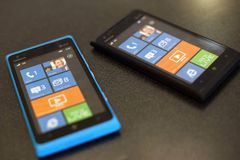