At Chase Bank in New York, customers are running out of reasons to venture inside their local branch.

First it was Internet banking, then mobile. The latest deterrent came just over a year ago when the second-largest lender in the United States ushered in a brave new world of banking – photo cheque cashing.

Rather than bother with tellers or visiting ATMs, customers use their cellphone cameras to take a picture of the cheque they need cashed and send it digitally to the bank. Within minutes, Chase deposits the money into their account. Since July, 2010, more than $3-billion (U.S.) worth of cheques have been cashed this way.

Soon the technology will be coming to Canada, and the major banks here are racing to be the first to implement it.

"They're all working on plans right now," said Steven Nogalo, vice-president of Global Payments at NCR in Waterloo, Ont., the Canadian-based company that created the technology, which is used by U.S. banks such as JPMorgan Chase & Co., Citigroup, and Bank of America.

With the arrival of updated federal legislation this year that will allow more modern kinds of digital payments in Canada, the technology is expected to make its debut at Canadian banks within months. Most of the Big Six lenders are expecting to roll out photo chequing by the end of summer or soon after.

"There is going to be a race among the Canadian financial institutions to get to market first," Mr. Nogalo said.

While that means greater convenience for consumers who no longer have to trudge to their branch to cash a cheque, banks are pushing the change because it saves money.

Shifting such mundane, simple transactions outside the costly infrastructure of a branch helps cut expenses. Internet and mobile banking has helped banks trim their operations across the U.S. for years, and the move to photo chequing is part of a similar cost-saving strategy.

"It's expected over the next two to three years, as it's adopted by more in the banking industry, that it will have a direct impact in lowering the costs of banking," RBC analyst Gerard Cassidy said of the strategy in the U.S.

And as the banking sector worldwide hunkers down for a period of low interest rates, such efforts are becoming more important.

"The low-interest-rate environment has really put pressure on retail banking profit margins," Mr. Cassidy said. "Unless a bank is willing to take risk in their investment portfolio or loan portfolio, the pressure is going to remain until rates start to go higher. So banks are looking for ways to become more efficient in delivering these products, which are costly."

A spokeswoman for JPMorgan Chase, the parent company of Chase Bank, said the bank has not yet tabulated exactly how much the photo cheque system is saving. At least half-a-dozen other banks including Citi, Bank of America and Sun Trust, have introduced a competing product in the United States.

Though cheques seem like a relic from the past, that's far from the reality, Mr. Nogalo said. Rather, they are more like wallpaper, often going unnoticed because they are so common.

"Many people don't recognize it but there are still two million cheques every day written in Canada. It's a significant cost to process all those items," he said.

But is photo cheque cashing secure? The new technology also allows customers to use home computer scanners to send cheques to their bank. In an era of digitally altered photos, wouldn't it be easy for fraudsters to add a few zeros to a cheque before sending it to the bank?

Yes, says Mr. Nogalo, but that's fundamentally the same way that paper cheque fraud has worked for decades. In either case, the crime is inevitably picked up in the banking system after the fraudulent cheque is passed, so it is no easier to commit a crime using digital cheque cashing than with paper.

The technology can also detect if the same cheque is cashed multiple times. When the photo arrives, software cleans up the image, records the signature, the cheque number and other crucial data, then sends that information to a central database. If someone attempts to cash the same cheque again – at an ATM or by resending the photo – it will set off internal alarms at the bank.

JPMorgan Chase has not experienced a considerable uptick in cheque fraud as a result of the new deposit method, the bank said.

"The technology has been around for a couple of years but we really saw market acceptance last year, after some of the large U.S. banks, namely Chase, rolled this out," Mr. Nogalo said.

Goodbye to three irritating bank practices
March 5, 2012
Too many passwords? Just one does the trick
March 22, 2012
Hang out in a bank? National Bank reaches out with new design
March 19, 2012
The phone that works like a bank
September 27, 2011
Analysts expect surge in mobile banking among Canadians
December 14, 2011 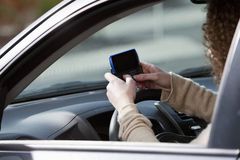