Companies looking to ride the cryptocurrency wave are drawing a stern warning from the top U.S. securities regulator: You better do more than change your name.

The Securities and Exchange Commission will be watching firms taking on new names and business models to make sure they're not just trying lure investors eager to jump on the blockchain bandwagon, Chairman Jay Clayton said Monday in comments prepared for a conference in Coronado, California.

"The SEC is looking closely at the disclosures of public companies that shift their business models to capitalize on the perceived promise of distributed-ledger technology," Clayton told an audience at the Northwestern law school conference. The SEC wants to ensure those disclosures comply with securities laws.

Clayton has been sounding the alarm about initial coin offerings, which he says often are technically securities whose issuers in many case aren't complying with U.S. laws. He didn't name any names in his speech, delivered by video conference because of the government shutdown, but quipped about a company with no cryptocurrency expertise changing its name to "Blockchain 'R Us."

A number of companies have tweaked their names or business strategies in recent weeks to embrace the mania over digital coins and seen their stock prices soar. For instance, Long Island Iced Tea Corp. more than tripled after it became Long Blockchain and Eastman Kodak Co. surged more than 200 per cent earlier this month after it said it would create a Kodakcoin that could be used to buy photos on an online database.

The SEC also has been pushing back on the rush to offer cryptocurrency exchange-traded funds. Agency staff last week raised investor protection concerns over the products after halting at least a dozen proposed bitcoin ETFs and two cryptocurrency mutual funds that had tried to use a fast-track process to become listed earlier this month.

Clayton on Monday repeated his concerns over how ICOs and cryptocurrencies could affect retail investors. He said he was bothered by the "completely unregulated nature" and retail focus of cryptocurrencies and related products.

The SEC chairman, a former deals lawyer, warned that attorneys could come under scrutiny if they're not sufficiently diligent in advising cryptocurrency clients. He chided some for not counseling clients on the need to treat the coins as securities and comply with related laws.

"These lawyers appear to provide the 'it depends' equivocal advice," he said. "I have instructed the SEC staff to be on high-alert for approaches to ICOs that may be contrary to our securities laws and to the professional obligations of the U.S. securities bar." 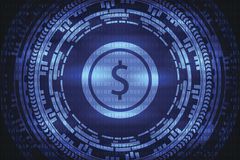