Usually resilient in tough times thanks to its menu of affordable treats, Tim Hortons Inc. is feeling the pinch of an uncertain Canadian economy.

In regions of the country that have been hit hard by plant shutdowns, consumers aren't heading to Tims as often as in the past. Higher gas prices also are keeping them at home, chief executive officer Paul House said on Wednesday.

"We think that in some cases they're just not coming as often as they'd like to come," he told a conference call after the company reported first-quarter results whose profit narrowly missed analysts consensus forecast.

Tims fared relatively well during the recession by delivering an inexpensive cup of coffee and other goods to cash-strapped consumers. But today, amid a rocky economy and the ripple effects of plant closings, Tim Hortons feels a bit of the bite of a fragile economy.

In its first quarter, the country's leading coffee-and-doughnut chain said sales at restaurants open a year or more – a key retail measure – rose 5.2 per cent in Canada, down from 5.5 per cent in the previous quarter even as sales picked up more quickly (by 8.5 per cent) in its smaller U.S. market.

Tims has grappled with shifts in sales growth over the past few quarters in the rocky economy, culminating in the latest slowdown. "Why is it so lumpy?" asked Jim Durran, head of research at Barclays Capital.

Mr. House said Tims has felt the effects of fluctuations in gas prices and the economy, along with the January layoffs that often occur after the holiday seasons. "There are a lot of things that impact that quarter as far as the consumer is concerned, especially in these trying economic times where consumers are under such cost pressures."

Customers also are coming to grips with price increases at Tims over the past year, after the company raised prices to cover its own commodity cost increases. At the same time, customers are shifting to higher-priced items – such as a 24-ounce cup of coffee, lattes and lasagna – resulting in larger purchases, Mr. House said.

Even in the tight retail landscape, he said, Tims is picking up market share from rivals. "I feel we're gaining traction."

It is gaining traction in drawing customers to its outlets, particularly in the mornings when there are often long lineups. Mr. House said Tims is adding more drive-throughs to help move customers more quickly through to checkout – and avoid losing those who don't want to wait in line. However, the drive-through program is a three-year project.

Tims is also working on new drive-through options. Chief financial officer Cynthia Devine said the ideal configuration would be double lanes and double order stations. Another option is a single lane leading to double-order stations and then back to a single line, she said.

"If that lineup is there, the people are making the decision about whether they wait or continue to drive by," she said. "There's a real opportunity for us to get more cars through with some of these initiatives we have on the go."

Mr. House added: "Every time we operationally improve our drive-throughs, we increase our [sales]volumes."

Results were mixed for Tims' first quarter, with profit falling just short of analysts' expectations but revenue beating those views. Profit rose 10 per cent to $88.8-million or 56 cents a share from $80.7-million or 48 cents in the first quarter of 2011.

Revenue rose about 12 per cent to $721-million. The Thomson Reuters mean estimate was for a profit of 58 cents a share in the latest period on revenue of $700-million. 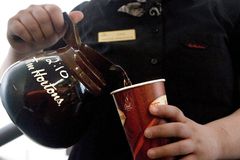 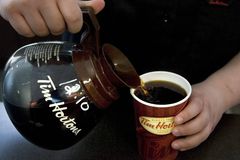 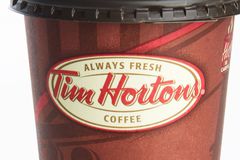 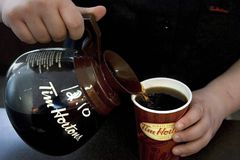 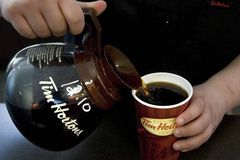 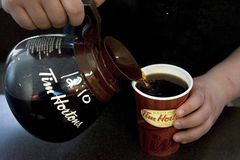