A consortium led by Royal Dutch Shell PLC has launched the first project to bury greenhouse gases from the oil sands, part of a $950-million government-sponsored defence against global criticism of Alberta's "dirty oil."

Called Quest, the project will gather carbon dioxide emissions from the Scotford upgrader, a huge oil sands establishment northeast of Edmonton, and pipe them to a site 80 kilometres north, where they will be injected 2.3 kilometres below the surface.

Once buried, the 1.1 million tonnes a year of carbon dioxide will slowly attach to deep rocks, far from the atmosphere, executives with Shell, the lead partner in Scotford, said Wednesday as they announced the project.

Quest is a "flagship" for the Dutch energy company, and an important step toward securing a future for the oil sands, said John Abbott, the outgoing executive vice-president of heavy oil for Shell. "If oil sands is to continue in the longer term as an important part of the energy mix, which it will do, it's critically important that we continue to do everything that we know how to do to reduce the environmental footprint."

"And this is one of the technologies that we believe can have the biggest impact in the shortest period of time, and that's why we're doing it."

But there is another reason why Shell, along with partners Chevron Corp. and Marathon Oil Corp. are doing it: a generous government investment has taken away much of the financial burden, and may even secure those companies profits from a project largely built on public funds.

The Alberta government contributed $745-million to the project, and Ottawa added another $120-million. The heavy spending is a clear indication of the tremendous distance that remains between carbon capture as an environmental and public relations benefit, and use of the technology as a viable business strategy.

Quest is expected to cost $1.35-billion to build and run for 10 years, leaving the industry with a $485-million construction pricetag, after subtracting the government grants. But the actual number is far lower, because Alberta's carbon legislation currently assigns a $15 cost per tonne of carbon, and Quest has been allowed a two-for-one credit for the tonnes it buries. Those credits are worth enough to trim the industry's Quest pricetag to as little as $155-million over the first decade.

And it could be less. Alberta is contemplating a large increase in its cost of carbon. At $30, a level that is being considered but not enacted, the Quest partners could actually see a profit in the first 10 years. (Quest's contract with the government stipulates it is entitled to a reasonable, but not "undue" profit with its carbon credits).

But without major government assistance, the magnitude of the Quest costs point to the difficulty of building carbon capture and storage commercially. Over a 25-year period, Quest will cost $72 per tonne of carbon it stores. That's far above the current Alberta's $15 – and even farther from the price on open carbon markets, like the European exchange were it currently trades at just over $10 a tonne.

The magnitude of difficulty in making the technology work in Canada was dramatically illustrated this April, when TransAlta Corp., along with partners Enbridge Inc. and Capital Power Corp., cancelled their Pioneer project to take carbon from a coal-fired power plant and sell it. That project had $778.8-million federal and provincial funding, but the partners could not make the economics work.

The failure of Pioneer – and heavy subsidization of Quest – pose serious questions regarding whether the technology will ever move beyond what are essentially government-sponsored display projects. Quest is not the largest capture and storage project in Canada – that distinction belongs to the Weyburn project, the world's largest at two-million tonnes a year captured from coal, run by Cenovus Energy Inc. – and will not halt an expected 226 per cent growth in oil sands emissions between 2005 and 2020.

It will, however, cut the carbon footprint of an unrefined Shell oil sands barrel by 15 per cent, and decrease current overall oil sands emissions by 2.2 per cent, enough to draw praise from environmental groups.

"Carbon capture and sequestration is part of a robust approach to tackling climate change and the fact that we've got a CCS project moving forward in Canada is important," said Ed Whittingham, executive director of the Pembina Institute, an environmental organization that both lobbies for change and consults for government and industry.

Even at $72 per tonne, Quest is a relatively cheap way of beating back carbon. Wind turbines in Alberta, by comparison, run an average of $100 per tonne of carbon saved, said David Keith, professor of public policy at the Harvard Kennedy School.

"Everybody says how expensive CCS is, but you have to measure things in dollars per tonne," he said. "And $72 per tonne is cheaper than a lot of stuff people do in the real world." 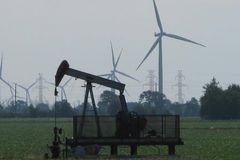 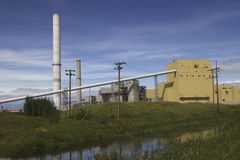 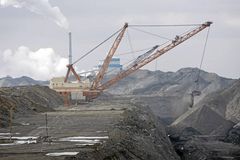 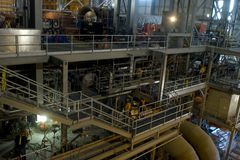