Resource stocks are a better bet now that the world's major economies are growing in tandem for the first time in a decade.

Prices of base metals, such as copper, nickel, and zinc, should benefit from rising demand amid a synchronized global recovery. Ditto for energy commodities, which include oil and natural gas. Metals such as lithium and aluminum, meanwhile, have other potential catalysts that can help boost their prices.

Resource-stock exchange-traded funds [ETFs] are an easy way to play the sector, although they don't give pure exposure to prices as commodity ETFs do. Equity ETFs, however, can be less volatile and may provide dividend income.

We asked three analysts for their top ETF picks in the sector.

This equity fund is one of the best natural resource ETFs to own because it spreads the risk across three sectors globally, says Mr. Bryan. The portfolio holds one-third agriculture, one-third energy and one-third mining.

The ETF, which tracks 90 of the largest natural-resource firms globally, owns names such as BHP Billiton Ltd., Exxon Mobile Corp., and Glencore PLC.

The fund should benefit from rising commodity prices, but there is also "operational risk," he noted.

For instance, some resource players may not be able to hold down costs to compete against rivals, he said. And rising commodity prices may already be reflected in a company's stock prices because the market tends to be forward looking, he added. The ETF's 0.40-per-cent fee, however, is reasonable, he said.

This ETF, which owns U.S.-listed metals and mining stocks, is better suited for making a shorter-term, tactical bet on the sector, says Mr. Bryan.

The fund also uses a modified, equal-weighting method for stock holdings as opposed to using market capitalization. "That is going to favour some of the smaller players in this space," and help with diversification, he added.

Industrial metals are the main driver, but there is also about 15 per cent in coal miners, he said. Top names include Consol Energy Inc., Century Aluminum Co., and Freeport-McMorRan Inc.

The narrow focus means that the fund can be "extremely volatile" and is likely to underperform in a market downturn, he said. The ETF's 0.35-per-cent fee, he noted, is reasonable compared with other industry-focused funds.

This ETF, which invests in companies involved in lithium mining, refining and battery production, offers an "unorthodox, but compelling resource equity exposure," suggests Mr. Kletz. This diversification is important, he said, because the lithium industry is really an oligopoly controlled by a few South American miners.

Because of lithium's light weight and high-energy density, its usage in batteries is expected to be the driver for increased demand. Lithium's exposure to the growth potential for applications such as electric cars and renewable energy storage make the ETF an attractive long-term play, he added.

A 40-per-cent weighting in three miners plus political instability in South America are risks to the ETF, he noted. The fund's 0.76-per-cent fee is comparable with other niche ETF offerings, he said.

This ETF, which gives exposure to global miners, should perform well as growth around the world appears to have gained a solid footing, says Mr. Kletz. Because the fund tracks an index which excludes gold and silver miners, it has a larger tilt toward industrial metals.

The industry's cyclical nature makes this ETF an interesting, tactical play on a global recovery, but tightening financial conditions, including rising interest rates as inflation perks up, could be a "significant test to the sustainability of the current upturn," he said.

Fluctuations in the stock prices of BHP Billiton, Glencore PLC, and Rio Tinto PLC could have "an outsized impact on performance" because of their higher weightings in the ETF, he added. The ETF's 0.39-per-cent fee is competitive with its closest peers, he said.

This fund, which invests in companies involved in mining copper, is better suited as a tactical play on a global recovery, says Ms. Davids.

"When the economy is growing, manufacturing generally picks up, as does spending on construction and infrastructure. This helps boost demand for copper, as it is a key input for these industries."

One risk to this ETF is China's plans to reduce debt levels, which could potentially "reduce infrastructure spending in China," she said.

The fund's 0.65-per-cent fee is roughly in line with ETFs focusing on niche areas of the market, she added.

This Canadian-listed ETF, which focuses on base metal producers globally, should benefit from rising industrial production and infrastructure spending, says Ms. Davids.

China's targeted cut in aluminum production as part of its supply-side reforms policies could help boost prices of this metal, she said.

Demand is also growing for aluminum to be used in vehicles to increase fuel efficiency because of its lighter weight, she added.

Top holdings include Teck Resources, Freeport-McMoRan, and BHP Billiton. The ETF's 0.61-per-cent fee is on the higher side for a passive index offering, but there are few offerings domestically in this space, she noted. Risks to this ETF include slower-than-expected growth, and heightened volatility due to a narrow mandate, she said.

"This ETF is a better as a tactical play."

The bright side of the diamond supply gap
March 9, 2018 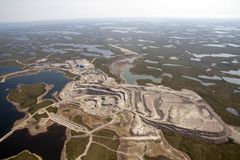 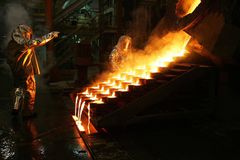 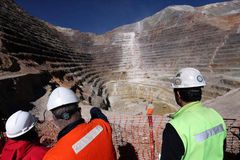