Given rising household debt levels, it appears many Canadians need to save more. But most are not going to find large lump sums of cash lying around to bolster their savings, either for the luxuries of life, or the necessities of aging.

Just as hitting home runs isn't the only way to score in baseball, accumulating wealth can be done in dribs and drabs as well, shaving off $10 here and depositing $5 there. At the end of the day, it all adds up.

Experts warn, though, that the incremental-savings method works only if people embrace good daily saving habits backed by a long-term goal and a plan – because it's always easier to just pick up that morning coffee, since it's only a couple of dollars, right?

If people are looking to build their savings, they need a plan, complete with specific goals and the methods of reaching them, experts say.

The plan can be as simple as having a budget that includes what they are saving for. For those who don't want to use pen and paper, or even Excel spreadsheets, there are several mobile apps, such as Wally, Mint or Goalkeeper. These will either let you take pictures of receipts, or connect directly into your bank statements, and match expenses against what you have allotted in your budget.

For those who prefer a Web-based tool, most major banks offer their budgeting tools, such as the Royal Bank of Canada's myFinanceTracker.

"To take small steps to save money, you've really got to understand a couple of things," says Mike Henry, senior vice-president of retail payments, deposits and lending at Bank of Nova Scotia.

Once goals have been established and a pathway to success has been defined, the lure of that daily latte can be weighed against the prospect of continuing to prop up Starbucks's bottom line at the expense of your own.

Out of sight, out of mind

Consistency in contributions is the foundation of any good savings plan, but for those who do not want an extra task, or who aren't sure whether the latte will win, using the automatic route is an option.

About 30 per cent of RBC's clients who hold RRSPs take advantage of automatic contributions, according to a poll by the bank last year. Whether it's a payroll deduction or a transfer of funds between chequing and savings accounts, it simply involves setting a regular amount and the compound benefit of regularly scheduled deposits is there for the taking.

"Once you've learned to plan your finances around the remainder, you won't miss the money that's being saved because it's just built into your financial budget from here on," says Richa Hingorani, senior manager of financial planning support at RBC.

Initiatives such as Scotiabank's free Bank the Rest program help in taking smaller financial steps toward saving goals, allowing the customer to round up debit purchases in nearest-dollar or five-dollar increments.

Bank the Rest also differentiates between what has been spent and what is being saved in clients' statements. Some experts consider that vital when using any such rounding-up programs.

"The thing that we want our clients to understand is the actual cost of what they're buying," says Brian Betz, a financial counsellor at Money Mentors credit counselling agency in Calgary.

For those using automatic savings deductions, Mr. Betz advises them to keep the funds in a less-accessible account.

"Out of sight, out of mind," he says. "So put it in a bank account somewhere where you have to go in and physically withdraw it, you don't have access to it by electronic methods. Just do whatever you can to help yourself in the discipline area."

If your budget comes up short, there's always the option that hurts: cutting back on spending. But this, too, can be done in smaller, less painful steps.

While fixed expenditures such as rent or utilities are unlikely to provide much wiggle room, other regular outgoing expenses, such as gym memberships, Internet bills and groceries can be tweaked with only a little pain.

And it is important not to cut back so it hurts too much, experts say.

For those who enjoy the finer things in life, such as high-end steakhouses or expensive wines, Mr. Betz recommends taking what he calls a step-down approach, exchanging them for less expensive equivalents.

"We're not saying don't have it, it's your life, you want to enjoy it, but maybe just step it down a notch and then pocket those savings and put them aside," he says.

He also urges taking a close look at what he calls the "daily black hole," meaning the money spent over the course of a typical day on things such as lunch, magazines, chocolate bars and other such sundries.

To help put these routine expenditures in perspective, Mr. Betz's advice is to take a long-term look at them.

When it comes to discipline in the spending department, Mr. Betz has some very simple advice: Use cash.

"We try to recommend people to use cash; cash hurts more," he says.

"The issue with debit cards, credit cards: You just hardly even look at the amount any more. … You get it approved and away you go. But if you have a $20 bill and that's it for the week, you're tracking it a lot more closely."

If that doesn't work, then Money Mentors suggests buying a gift card for the appropriate amount – say, $200 a month for your local grocery store – and using that until it runs out, to stay within a budget.

Whatever a particular savings plan looks like, though, simplicity is generally considered key when it comes to sticking to it over the long haul and achieving the desired result, Mr. Betz says.

"Once it gets too complex, people just give up." 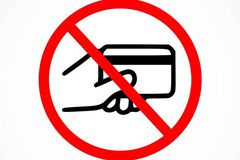 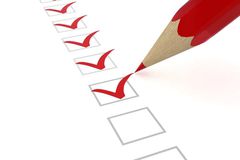 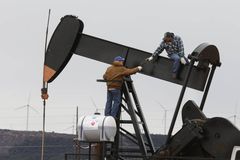