As SNC-Lavalin Group Inc. scrambles to get hundreds of employees out of Libya, the company is facing questions about one of its many projects in the country - building a prison.

The Montreal-based engineering firm has been in Libya for roughly 25 years and most of its work has centred around a massive water pipeline stretching across the desert and construction of a new airport in Benghazi. While those projects have received substantial publicity, the company has also been quietly building a jail in Tripoli.

The Guryan prison will cost an estimated $275-million (U.S.) to build and was supposed to be finished by 2012, according to an online job posting. It's not clear when SNC-Lavalin landed the contract but the company placed an ad for an architect last August.

News of the project surfaced on a Quebec media website Wednesday, prompting a flood of online comments with many questioning why the company would take on such a contract given the poor human rights record of Libyan dictator Moammar Gadhafi.

Company spokeswoman Leslie Quinton confirmed the project was under way. She added in an e-mail that the prison will be "the country's first to be built according to international human rights standards. We think this is an important step forward for this country and an opportunity for us as a company to share values that we think are essential to all citizens of the world."

Ms. Quinton said SNC-Lavalin had not tried to conceal the project. The prison "is one of the thousands of projects we work on yearly, not all of which are announced by press release, and in fact, is mentioned in our upcoming annual report for 2010. We are proud to be able to deliver such a necessary project and hope that it will become a model for others in the region."

SNC-Lavalin has posted a similar message on Twitter in an effort to respond to many comments on various websites.

Colonel Gadhafi has a long history of brutally suppressing opposition and funding international terrorism. Libyan prisons also have had a notorious reputation for human rights abuses. There had been hope things would change after many countries, including Canada, began warming up to Col. Gadhafi in 1999 when he agreed to hand over two Libyans accused of plotting the 1988 bombing of a Pan American World Airways flight over Lockerbie, Scotland. Those ties tightened further when Col. Gadhafi later renounced weapons of mass destruction.

Prison reform has been one area of concern. In 2004, Britain started providing assistance to Libya to improve the standards of Libyan prisons. Four years later, British officials reported that some progress had been made and that while much more work needed to be done, "Libyan authorities have shown their commitment to meeting international standards".

SNC-Lavalin would be a natural choice to build a new prison. While it operates in roughly 100 countries, SNC-Lavalin has deep roots in Libya and a long relationship with Gadhafi's son, Saif El-Islam. Some of the company's first Libyan contracts came in the mid-1990s, shortly after Col. Gadhafi began building the Great Man-Made River, an ambitious effort to bring water from sources in the south, across the Sahara desert, to cities in the north. SNC-Lavalin has won several contracts on the project, the latest coming last October and worth $450-million. It also won a $500-million contract in 2008 to build an airport in Benghazi. Over the years it has also sponsored a local soccer team as well as the Montreal stop on a global tour of Saif's artwork. As of 2008, SNC-Lavalin had 2,000 employees in Libya, about 10 per cent of its total work force.

The recent unrest has put most of its projects on hold and SNC-Lavalin has been organizing an evacuation of employees, many of whom have been stranded at a camp near Benghazi. The company declined to comment on those efforts Thursday, citing employee safety, but in a post on Twitter it said "the first phases of the evacuation process succeeded."

SNC-Lavalin, OMERS in talks to hook up on AECL purchase
February 22, 2011 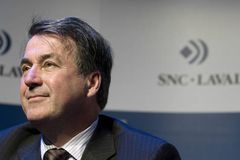 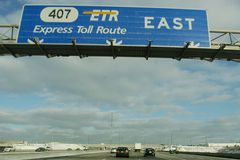 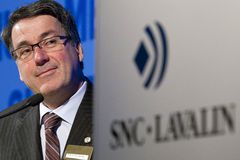