If you were to believe SNC-Lavalin Group Inc., all of its troubles stem from a rogue executive who might have had one or two lowly associates under his hold. For SNC, this "evil mastermind" is Riadh Ben Aissa, the former head of the engineering firm's construction division, who has been marking the days on the walls of his Bern prison cell for months – though Swiss authorities have yet to formally charge him.

His victims were not the Libyan rebels who fought Moammar Gadhafi's dictatorial regime – with which SNC was closely associated. Nope. It was the Montreal company itself, which, from its humble beginnings 101 years ago, rose to be one of the top five engineering firms in the world. SNC has seen its stock slump and its reputation tarnished as a result of a single man's devouring ambition.

This is a fine tale. But this story was thrown into doubt when Quebec's anti-corruption police unit, known as the Hammer Squad, arrested SNC's former chief executive officer on Wednesday. Pierre Duhaime now stands accused of fraud, conspiracy to commit fraud "with others" and forgery – right alongside Mr. Ben Aissa.

As the allegations of shady dealings are spreading to SNC's upper echelons and to Quebec's engineering sector with the Charbonneau public inquiry, a whole industry is coming to terms with the potential fallout. And it looks nasty, as the potential loss of contracts at home and abroad goes way beyond a mere image problem.

At first, this investigation was thought to be unrelated to the $56-million in improper payments that Mr. Ben Aissa allegedly channelled to intermediaries to win contracts, presumably in North Africa. But Swiss authorities are now chasing $139-million in suspected illicit payments. And the funds could have flowed back to North America through corporations registered in the British Virgin Islands, if Swiss investigators are on the right trail.

At least half a dozen of SNC's top executives were aware of Mr. Ben Aissa's questionable dealings – one even alerted the firm's legal department 15 years ago. And let's not forget, two other former SNC employees are accused of bribing foreign officials in relation to a contract to build a bridge in Bangladesh. While they await trial, the World Bank won't allow an SNC affiliate to bid on work it finances.

Rogue executive? Isolated event? SNC's theory has as many holes in it as a spaghetti strainer.

Quebec Inc.'s defence is not so different. If you were to believe its staunchest defenders, SNC is a lone company that has gone adrift in an industry that has long made the province proud. Yet that is also hard to believe in what has all the appearances of pervasive corruption and industry-wide failings.

This month, the Hammer Squad raided the Laval offices of four well-known firms: Aecom Technology (which bought Tecsult), Cima+, Dessau, and Genivar. Also, during the Charbonneau inquiry on public works contracts, the role played by engineering firms that supervise work sites have come up, as cost overruns have been identified as sources of bribe money and mob payoffs. To add fuel to the fire, some engineering executives have organized or participated in political fundraisers where prominent politicians and construction executives mingled.

The Charbonneau inquiry has unfortunately suspended its hearings. It will pursue them in the new year, leaving grave accusations floating in mid-air.

Whether engineering firms are honest or not will soon be determined on a case by case basis, however. To be eligible to bid on public works contracts, firms will have to prove their integrity, according to the first law presented by the Parti Québécois government.

The Quebec securities commission will deliver a licence to bid after reviewing an investigation to be conducted by the Hammer Squad. A company can be blacklisted if one of its major shareholders, directors or executives is found guilty of any one of a long grocery list of criminal offences. Fraud, conspiracy and forgery are all on it, incidentally.

And in the eyes of the commission, a company or its executives are not necessarily innocent until proven guilty. Serious accusations could lead to the loss of a firm's licence to bid, if the commission determines the company is no longer trustworthy, the new law states.

This exposes Quebec engineering firms to losses at home. SNC-Lavalin derives roughly 20 per cent of its work from Quebec, though it doesn't disclose what public works represents within that share. For Genivar, municipal works in Quebec represent a $50-million business, about 8 per cent of its 2011 revenue, according to a report from AltaCorp Capital.

But the risk to the firms' reputations and their ability to conduct business around the world is even greater. If rival bidders know a Quebec firm is barred from bidding on a contract at home, they will have a field day. 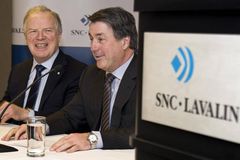 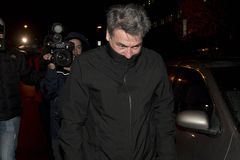 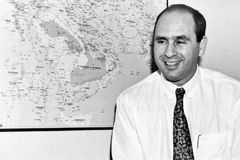 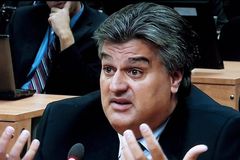 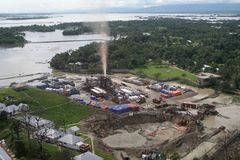 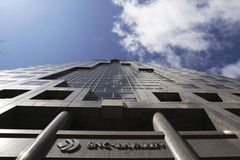 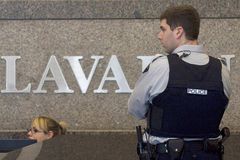