The McCains and Sobeys, two powerful business families with deep roots in rural Atlantic Canada, are joining forces for the first time in an investment venture to inject capital into enterprises in smaller towns and cities across Canada.

Their new firm, SeaFort Capital Inc., which will be based in Halifax, will act as a private-equity investment vehicle for Donald Sobey, one of the architects of the national grocery chain, his son Rob, a top manager in the Sobey empire, and Scott McCain, a senior executive in Maple Leaf Foods and older son of the late Wallace McCain, co-founder of the family's global French fry business.

More than that, this new firm signals a generational evolution, reflecting the gradual leadership shift to younger people, such as Rob Sobey, a third-generation owner now running the family's Lawtons Drugs, and Scott McCain, part of the second generation of his family frozen-food dynasty.

Halifax executive Rob Normandeau, 38, is the president of the new company that is aiming to target medium-sized, profitable companies with earnings of between $2-million and $10-million, often caught in a demographic squeeze as owners prepare to retire, their families can't carry on, and company managers are seeking investment partners to help the businesses continue.

"This is a significant pool of capital that will grow over time and it has the backing of two of Canada's top business families," Mr. Brison said.

His role, he says, has been cleared through the federal Ethics Commissioner and there is no conflict with an opposition MP acting in this capacity. Mr. Brison had been vice-president of a securities company when he was also sitting as an MP earlier in his political career.

He is one of the six founding shareholders in the new venture – all are from Atlantic Canada. The sixth is Maxime St-Pierre, Mr. Brison's partner and a restaurant owner in Halifax. He will not sit on the board; Michael Milligan, president of GWF McCain Financial Services Inc., the McCain family office, is the sixth board member.

"The McCains and Sobeys have helped build world-class companies from a base in the Maritimes," noted Mr. Brison. "What binds the founding investors is [they are all]from the region and have confidence in the region."

Mr. Brison said the families are looking for investment opportunities in cities such as Sarnia or Brandon or Medicine Hat, where mid-market businesses are not as well served by Toronto-based financial institutions.

The Sobeys, based in Stellarton, N.S., and the McCains, who come out of Florenceville, N.B., will have instant credibility with entrepreneurs in these smaller centres, he believes.

The company will be based in Halifax, thus contributing to the need to build a financial services ecosystem in Atlantic Canada, but its investments will be nationwide, he said.

In a release announcing the new company, Rob Sobey says he sees SeaFort as a "multi-generational opportunity to build great companies and invest in strong entrepreneurs here and across Canada."

And Scott McCain, in the same release, talks about the "Maritime values" of "fair dealing" in business.

SeaFort was conceived quickly and came together smoothly, according to Mr. Brison, who has known the families for years. He had met Mr. Normandeau when he first came to Halifax from Bay St. to work for Clarke Inc. in 2005.

Mr. Normandeau, 38, ended up running the publicly traded company that invests in undervalued businesses. He recently stepped down from that role, and had offers from outside of the region.

But this, he said, was a great opportunity to stay in the region that struggles with a brain drain.

SeaFort just signed its lease for an office on Barrington St. – one of the main downtown business streets in Halifax – on Thursday.

And Mr. Normandeau, a lawyer who worked in the Toronto offices of the big U.S. law firm, Skadden, Arps, Slate, Meagher & Flom, says there are advantages to being based on Barrington St. as opposed to Bay St.

"It opens doors," he said in a recent interview, noting that "people have their guard up" when someone arrives from Wall St. or Bay St.

But Atlantic Canadian executives give off a different vibe. He said businesses are always happy to see Nova Scotians – "Everyone has a nice story about Nova Scotia or knows someone from Nova Scotia ..."

In addition, he says SeaFort will take a different approach than other, larger investment firms. Patience is what will be practised, he says, in dealing with the companies SeaFort invests in. For example, investment could continue for 15 to 20 years.

"There are no artificial time lines," adds Mr. Brison.

Why corporate Canada's heart now beats in the West
March 23, 2012 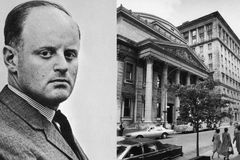 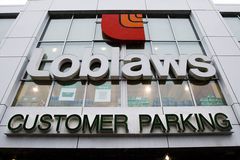 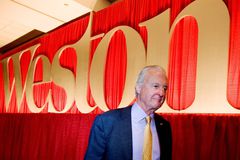