Like many of the star athletes they bring to Canadian TV screens, the country's two major sports networks are flexing their muscles and demanding more pay for their play.

BCE Inc., the new owner of the country's top sports channel, TSN, is negotiating new deals with cable and satellite carriers that include higher monthly fees for subscribers. BCE is seeking to take advantage of the new freedom given by the federal broadcast regulator to negotiate subscriber fees. And competitor Rogers Communications Inc., which owns the Rogers Sportsnet group of channels, could do the same.

A CRTC ruling in 2008 opened up sports and news channels to competition - a decision that led to the launch of Sportsnet One, a companion to existing regional Rogers sports channels, and Sun News Network. Hand-in-hand with competition comes the ability of those networks to charge subscriber fees with fewer regulatory limits. That freedom comes into effect this September; negotiations are starting already, and they will be a test of how that power is used and the importance of sports programming to TV distributors.

"I am fully prepared to defend the fair market value price that we are seeking," Mr. Crull said last week before a CRTC hearing. "You will hear turmoil, but that's the way commercial negotiations go, and deals are getting done." He said that fees will rise, but suggested the increases would not be dramatic this year.

TSN is already the most profitable specialty network in Canada, a title it reclaimed in 2010 after a dip in profits in 2009, according to financial results released last week by the Canadian Radio-television and Telecommunications Commission. Rogers Sportsnet was second, meaning the two most lucrative specialty channels in the country now are dedicated to sports.

But those channels stand to become even more profitable if they can follow the path of ESPN, the No. 1 sports network in the U.S., and ratchet up monthly subscriber fees substantially. Canadian cable and satellite companies pay more than a dollar per subscriber per month for TSN and about the same for Sportsnet. But many U.S. cable companies pay more than $4 a month for ESPN. (ESPN owns a minority stake in some of Bell Media's specialty TV assets, including the sports properties, which means the two companies sometimes share market insights.)

The dominance of the two biggest Canadian sports networks took a prominent place last week at the CRTC's hearing on "vertical integration" - the trend toward cable and satellite companies owning the television channels they distribute. Both TSN and Sportsnet are owned by companies that also own cable or satellite services (BCE Inc. and Rogers Communications Inc., respectively). Non-integrated competitors such as Cogeco Cable are complaining that the integrated firms have every reason to abuse their market power.

Cogeco told the CRTC last week that its deal to carry a number of BCE-owned channels expired late last year, and it is now negotiating with BCE for new terms. While BCE has not threatened to pull any channels from Cogeco's service yet, the company remains concerned that integrated competitors such as BCE have an incentive to hike prices.

"You have a dominant distributor that owns dominant programming that has marquee value, that is intent on extracting as much as possible large rents from consumers who are connected to anything else but its own platforms," said Cogeco vice-president of corporate affairs Yves Mayrand.

Cogeco is not the only one complaining. Last week, Score Media Inc., owner of the smaller independent sports channel The Score, complained that it relies on Bell, Rogers and Shaw for delivery to 80 per cent of its subscribers. Score executives suggested that integrated players could squeeze competitors such as Score Media by forcing their channels into less-desirable packages with fewer subscribers.

And Canadian Cable Systems Alliance, which represents many small independent cable companies across the country, told the CRTC it had a dispute with Rogers in 2009 over "a significant rate increase" for Sportsnet. During the dispute, Rogers pulled its high-definition signals for Sportsnet from Access Communications, a cable company with operations in Saskatchewan. Access eventually agreed to pay a 35-per-cent increase on the channel, CCSA chair Jim Deane said.

"That was the only way to get the signals turned back on," he said, suggesting independent companies will be at a disadvantage in future negotiations. "If Bell were just to pull the TSN service during the Saskatchewan Roughriders' football, I can assure you we would kill our business very quickly. … We cannot compete against integrated companies like Shaw or Bell so long as there are no constraints on their market power." 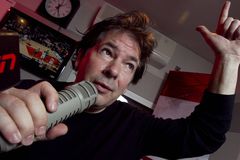 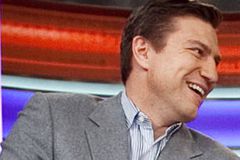 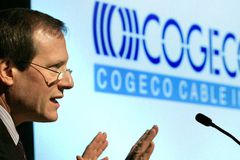 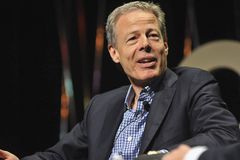