There are strange things done in the midnight sun by the men who moil for gold. Stranger still than the events in Robert Service's poem are the sights to be seen when screening for stocks.

They might not be as bloodcurdling as witnessing the cremation of Sam McGee, but simple stock screens can lead you to infernal stocks. As powerful as they can be in turning up promising investments, screens also have a habit of unearthing database errors, frauds and companies with hidden risks.

Each screen has its own peculiar issues but some problems appear regularly in value-oriented filters. Take Benjamin Graham's Simple Way strategy as an example. It seeks low-debt stocks with low price-to-earnings ratios (P/E).

Mr. Graham, the investor often called the father of value investing, back-tested the method in 1976 and the results were very promising. But its subsequent returns might have exceeded even his expectations. Wes Gray and Tobias Carlisle tallied up the method's results from 1976 to 2011 in their recent book Quantitative Value and found it gained a whopping 17.8 per cent a year on average over the period.

A discerning investor might have been able to do even better because the low-P/E gold mine is peppered with oddities and monstrosities that are best avoided.

For instance, fraud and financial fuddle duddle can be a big problem among Simple Way stocks. Just consider the lamentable history of some Chinese firms that obtained U.S. stock listings via reverse mergers. Their shares were gobbled up by investors eager to get in on the China story but some of the companies proved to be outright frauds while several others were found to practise overly aggressive accounting.

Such distressing discoveries pushed down the share prices of these firms and the stocks found their way into low-P/E screens. Investors who bought these companies simply on the basis of a screen's results would have taken on far more risk than was apparent at first glance.

Unfortunately, similar problems are all too common in Canada. It's not just fraud that's the issue. The global nature of some Canadian firms brings investors face to face with the harsh realities of what are euphemistically called frontier markets. In such cases, the numbers might not fully reveal what's happening on the ground.

Consider the prosperous mining concern Nevsun Resources. It has little debt and it trades at 3.7 times earnings, which makes it a Graham-style Simple Way candidate, according to S&P Capital IQ.

Problem is, the company runs a big mine in the African country of Eritrea, which has been labelled as "one of the most closed and repressive countries in the world" according to Human Rights Watch. The group takes Nevsun to task in a recent report called Hear No Evil which points to a few past instances of forced labour at the company's mine site. The company says it is highly concerned about such matters and has put new systems in place to prevent them in the future.

Whichever side of this issue you come down on, it's clear Nevsun's situation is more complicated than a simple screen can depict.

You can put a screener to the test by using Berkshire Hathaway, which has two classes of shares. The A shares are worth about 1,500 times as much as the B shares based on their voting rights. But many services – even very high-priced ones – seem to stumble on either the firm's A or B shares. For instance, Yahoo.com has trouble with the B shares, which the website claims have a P/E of 0.01; the ratio for the A shares is a more sensible 17.

Even when the numbers are right, they might not represent what you think they do. For instance, a stock could have a very low P/E ratio but that doesn't mean its earnings are likely to persist at similar levels. All too often the earnings are temporarily inflated by gains from big asset sales.

Stock screening is simple in theory, but in practice you have to go further than just buying whatever pops up. Be sure to look behind the numbers by reading annual reports and news stories to make sure there aren't hidden risks lurking under the surface. Otherwise your portfolio might go up in smoke on the marge of Lake Lebarge. 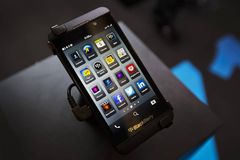 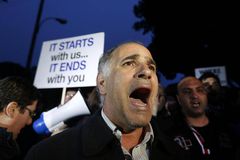