The Calgary-based company says in its latest quarterly financial results that it has decided not to commit any more money to shale-gas exploration and assessment activity in the province.

The new Parti Québécois government has signalled that it has serious concerns over the safety and environmental impact of hydraulic fracturing used to extract shale gas.

A partial moratorium put in place by former Liberal premier Jean Charest in March of 2011 remains in place, and a strategic environmental study is being conducted to evaluate the risks of fracturing – or "fracking" – which injects chemicals and water deep in the ground to release natural gas from rock formations.

The study is not expected to be completed before 2014.

"During the three month period ended September 30, 2012, the company determined that it would not commit capital in the foreseeable future to exploration and evaluation activities in Quebec, where the prohibition regarding hydraulic fracturing for shale gas development has been reaffirmed," Talisman says in its report.

Talisman is booking impairment expenses of $109-million – $82-million after-tax – on its Quebec exploration and evaluation assets, the company said.

The company reported a net loss of $731-million, largely as a result of asset writedowns in various parts of the world including the shale operations in Quebec and its offshore operations in Norway.

Talisman is a partner with Calgary-based Questerre Energy Corp. in a shale-gas project along the Lowlands of the Saint-Lawrence River.

Questerre spokeswoman Anela Dido said she has no new information regarding the partnership with Talisman.

"What we understand is that we are still in a moratorium in Quebec," she said.

"I cannot see the day when the extraction of natural gas by the fracking method can be done in a safe way," she said.

But PQ Premier Pauline Marois later spoke in a more conciliatory manner about the industry's plans.

Public opposition to gas exploration in Quebec has been fierce over the past few years.

On Tuesday, Talisman said it's determined to return to profitability after the loss, which was worse than analyst estimates, and will reduce capital spending in 2013 to the lowest level in several years.

Talisman's total loss for the third quarter ended Sept. 30 was equal to 71 cents per share and compares with a net income of $521-million, or 51 cents a share, in the same quarter a year ago.

Hal Kvisle, president and CEO, said in a statement that the results reflect a number of issues.

"The net loss of $731-million in the quarter is largely the result of $443-million in after-tax impairment charges, reflecting the impact of the company's planned exit from Peru, ongoing uncertainty with the Yme development in Norway, the prohibitions on shale operations in Quebec, and declining reservoir performance at Rev in Norway," he said.

Mr. Kvisle added that the results were also affected by low natural gas prices in North America and lower production in the North Sea.

He said Talisman will take steps to end the red ink.

"We are working toward a disciplined capital plan for 2013 in the range of $3-billion, smaller and more focused than we've seen in recent years," he said.

"Our objective is to fund our most promising and profitable investment opportunities, focusing on near-term cash generation while keeping our balance sheet in good shape. We will provide more details in January after we complete our annual planning process."

The quarterly results are the first to be announced with Mr. Kvisle at the helm of Talisman.

The former CEO of pipeline giant TransCanada Corp. cut his retirement short in September to take the top job at the international energy producer.

Mr. Kvisle, a Talisman board member, replaced John Manzoni, who "agreed to" step down after five years as Talisman's CEO.

The CEO switch came as Talisman once again changed its strategy – slowing down development of natural gas in the face of low commodity prices and working to improve operational performance.

Shareholders were frustrated with Talisman's share price performance, but there was no particular push from investors to change leaders, Mr. Kvisle said shortly after his appointment.

Nor was the shake-up a signal that the "for sale" sign is up at Talisman, he added.

Fellow oil and gas producer Nexen Inc. saw its CEO, Marvin Romanow, leave in January and shortly thereafter began negotiating a deal to be sold to China National Offshore Oil Co. In July, the two announced a $15.1-billion acquisition, which the federal government is expected to decide upon mid-November.

Also in September, Talisman announced plans to wind down its operations in Peru as it wasn't able to build a big enough position there. The third-quarter loss included a $172-million impairment expense related to that decision.

The company's Peruvian subsidiary will stop exploration in the Maranon Basin and plans to exit the country once it completes ongoing commercial transactions.

Talisman drilled a successful well in the area in 2009, but a second one drilled this spring came up dry. A process to sell the Peruvian assets began shortly after that, but no bidder came forward with an adequate offer. 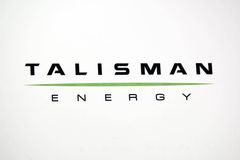 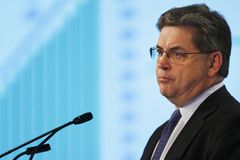 Shakeup at Talisman as CEO Manzoni steps down
September 10, 2012 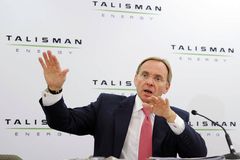 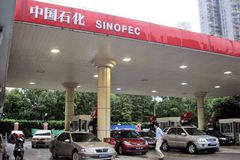