Target Corp. is firming up its plans for its much anticipated Canadian debut, setting up three distribution centres here and refining its strategy to include the sale of fresh food at some locations.

The move into the food market wasn't a certainty when the Minneapolis-based retailer made its expansion announcement earlier this year, and it puts Canadian grocery chains under increased competitive pressure at a time when they are already battling an encroachment by Wal-Mart Canada Corp. into that space.

The grocery business is huge in Canada, accounting for $111.8-billion, or 38 per cent, of the $294.3-billion in non-automotive retail sales in 2010, according to Colliers International. Target will steal away some of that business from incumbents, said Neil Stern, senior partner at retail consultancy McMillan Doolittle in Chicago.

But before any of that can happen, Target needs a distribution network. The company could have supplied the stores from its U.S. warehouses, but opted to set up a network specifically for its Canadian locations. The centres are planned for Toronto, Calgary and Vancouver.

Target is set to open as many as 150 stores here by 2013, its first leg of expansion in Canada after its $1.8-billion deal this year to buy Zellers stores from Hudson's Bay Co. The U.S. chain projects it will ultimately roll out 200-plus outlets in this country, hitting $6-billion in annual sales by 2017.

The company has kept quiet about which Zellers stores will be converted, but industry sources suggest an announcement on the first wave of conversions will come by the end of the month.

The negotiations are complicated, involving more than a dozen landlords who must approve each conversion and negotiate new terms with Target.

"This is all taking a little longer than they had hoped, because the whole concept of building leases is foreign to them," said Ed Sonshine, chief executive officer of RioCan Real Estate Investment Trust, adding that Target owns 85 per cent of its stores in the United States. "In Canada they are dealing with very few one-on-one guys who they can push around - they are dealing with owners who have multiple stores."

Many Zellers stores were operating on long-term leases that saw them paying less than market rent, and landlords are anxious to charge more. RioCan, for example, charges its 33 Zellers tenants an average of $6 per square foot for space. The industry average is closer to $14 per square foot.

Once all of the stores are selected, Target plans to spend $1-billion on renovations.

The company is also recruiting a senior financial analyst and several business intelligence experts to find out what's likely to work in Canada when the stores finally open.

They have some preliminary information to work with: Sixty-one per cent of shoppers in Canada's six largest markets are "very" or "somewhat" interested in shopping at the outlets, according to a survey last week by retail consultancy KubasPrimedia. In Toronto and Vancouver, consumer interest in shopping at Target ranges to as high as 71 and 70 per cent, respectively.

Known as a destination for affordably stylish fashions and home goods, Target isn't as well-recognized for its food, and it has yet to spell out its strategy for the sector in Canada. But later this month, the retailer will host a tour for Canadian journalists of a new-concept outlet in Chicago offering a limited choice of fruits, vegetables and meat - the clearest signal yet that Target will stock fresh fare here along with packaged ones.

"It's a good example of what you can expect from Target in Canada," Target spokeswoman Amy Reilly said of the Chicago store.

Once inside the stores, shoppers are apt to buy food when they're snapping up skinny jeans and skirts, Mr. Stern said. Other retailers, including Canadian Tire Corp., have added bread and milk to draw consumers more often - and step up their purchasing. Customers who buy food spend three times more than non-food customers, drugstore retailer Shoppers Drug Mart Corp. has found.

Target carries a full array of fresh foods in its vast SuperTarget stores, but last year started to ramp up what it calls its p-fresh - or prototype fresh - model, a scaled-down offering of fresh foods for its more conventional-sized outlets. The store in Chicago's Wilson Yard district, which journalists will tour this month, is a two-storey p-fresh outlet.

"When they sell Cheerios, they're selling it at the same price as Wal-Mart," said Mr. Stern, who is familiar with the Chicago store. "Make no mistake, they will be aggressive where they need to be on price."

He estimated that about 40 per cent of merchandise in p-fresh stores will overlap with goods carried in Canadian grocery stores, including food, packaged goods and drugstore items. Based on that estimate, the new Target stores in Canada could slice off $1.5-billion to $2.5-billion of grocers' business, he said. 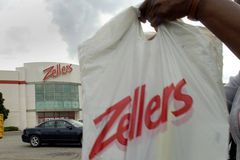 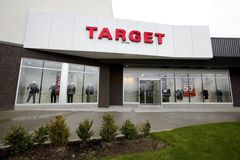 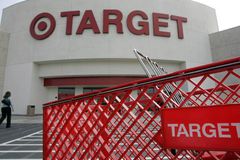