The federal government is stepping up oversight of the mortgage market, which the head of Toronto-Dominion Bank believes is a good idea given the ripple effect a collapse in housing prices would have across the Canadian economy.

Although TD uses the CMHC insurance program more than any Canadian bank, with as much as 70 per cent of its mortgages insured by Ottawa, Mr. Clark said he doesn't think the CMHC's program needs to be expanded beyond its current $600-billion limit, even though the banking sector risks hitting that ceiling.

Canadian banks have been insuring their mortgages through the CMHC at rapidly increasing rates in recent years, forcing Ottawa to progressively increase the cap until now. "A $600-billion cap, that's a pretty big number relative to the size of Canada," Mr. Clark said. "I'm sympathetic to the government to say that there's just got to be a limit here. Because a good thing can become a bad thing by having too much of anything."

His comments came as the federal government released its 2012 budget and stated plans to enhance its "oversight framework" for CMHC, while pressing ahead with legislation for covered bonds, which the banks use to fund their mortgage lending.

Although Finance Minister Jim Flaherty provided no details on what Ottawa intends to do with CMHC, the banking sector has been bracing for tighter lending rules as the government and regulators fret about rising debt levels in Canada and the possibility of an overheated housing market.

Should the banks be forced to ration how many mortgages they insure through the government, it could result in higher borrowing costs of about 0.20 percentage points, Mr. Clark said. "It will obviously raise the cost of borrowing," he said.

Although the CMHC allows banks to seek shelter from a sudden drop in housing prices or an uptick in loan defaults, Mr. Clark said he believes the broader economy would be blindsided if a downturn of that nature happened, which would hurt the banks as well. The CMHC would have to dip into its profits to absorb the blow.

But cooling the market has its benefits, he said. "What I've been saying is, look around the world, you don't want to get your housing market so overinflated that when the bubble bursts, you [cause]a whole set of collateral damage in the economy," Mr. Clark said. "Then every bank in Canada is going to be [hit] And its not just the banks. The population is going to pay the price."

At the annual meeting, Mr. Clark also said he intends to remain as CEO of TD for at least a few more years after turning 65 later this year. TD intends to find his successor within its own ranks, the bank said.

Leading up to Thursday's federal budget, there was speculation Mr. Flaherty might look to tweak the mortgage market by reducing the maximum amortization on mortgages insured by CMHC to 25 years from 30 years. Ottawa reduced the level from 35 years in early 2011 in a bid to rein in the lending market.

Bank of Montreal said it has been encouraging 25-year amortizations over 30-year loans through its offers to customers, and said the government didn't necessarily need to move. Four of every 10 new insured mortgages at BMO have amortizations of 25 years or less, the bank said.

"We know that Minister Flaherty knows when to tap the brakes," said Frank Techar, head of Canadian retail banking at BMO. "Banks have all the tools they need to help customers borrow smartly … [We have]been actively encouraging homeowners to choose shorter amortizations." 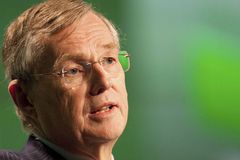 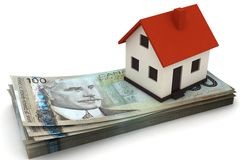 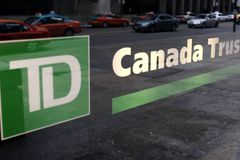 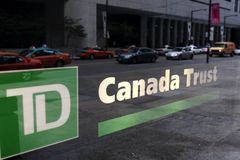