Two forestry companies have reached agreement with environment groups, northern towns and a first nations community on a plan to protect a critical caribou habitat in northeastern Ontario, in the first of what the industry pledges will be a series of such deals across the country.

Executives from Tembec Inc. and Resolute Forest Products were among the partners who unveiled the agreement covering some three million hectares at a news conference at the provincial legislature on Thursday. The province must approve the plan, and Natural Resources Minister Michael Gravelle – who praised the effort – pledged speedy review.

Under the deal, some 835,000 hectares in the Abitibi River forest – an area roughly the size of Yellowstone Park in the U.S. – will be excluded from timber harvesting in order to protect the threatened woodland caribou, considered a bellwether species whose fate reflects the health of the ecosystem.

Tembec president Jim Lopez said the deal not only represents good environmental policy, but will ensure the company's sawmills have access to wood supply that will sustain operations for the foreseeable future.

"The best plan for the environment is the best economic plan as well," he said.

He said Tembec will now work at implementing similar deals across its operations in Ontario, Quebec and British Columbia under a two-year-old Boreal Forest Agreement that includes 19 companies and nine environmental groups.

The industry – and the northern towns that rely on it – have faced uncertainty after the provincial government decreed that land must be set aside to protect the caribou. For the Abitibi region, the provincial Department of Natural Resources released a draft plan that Mr. Lopez said would deal a severe blow to a Tembec sawmill.

Instead, the companies and environmental organizations crafted a plan that would protect jobs as well as key habitat areas, and then won approval from local municipalities and first nations.

Compared to the provincial proposal, the new plan shifted the protected areas northward, into a region where the trees were less valuable and the habitat remains undisturbed. In return, the firms got more access to timber closer to their mills.

Janet Sumner, executive director of the CPAWS-Wildlands League, worked on the Abitibi Forest deal and said it represents a major step forward in the national effort to protect the boreal forest. Ms. Sumner's group is one of nine environmental organizations that reached the boreal forestry agreement with 22 companies and the Forest Products Association of Canada.

"Everybody in the agreement is feeling the stress of not getting things done as quickly as we wanted to," she said. Mr. Lopez agreed the pace has been slow, but said the agreements are incredibly complex because they require agreement not only from companies and environmental organizations, but local mayors and native communities as well.

Last month, three environmental groups, Greenpeace, ForestEthics and Canopy, released a report that complained about the lack of progress under the national boreal forest agreement. Greenpeace's Stephanie Goodwin said Thursday's announcement was a "first step in securing certainty for this small portion of the boreal."

A customers group – which includes companies like The Globe and Mail and Kimberly-Clark – released a letter supporting the Abitibi Forest plan, but urged the participants in the boreal forest plan to work more quickly to reach similar deals across the country. 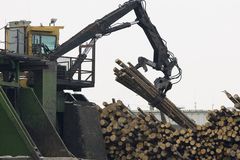 Darkwoods: An exceptional forest ecosystem conserved for all Canadians
June 26, 2012 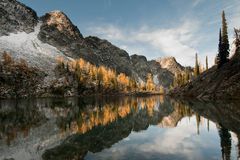