Real-estate investment trusts are popular among some investors, which, depending on how you look at it, could be a reason to buy, or a reason to stay away.

"Buying anything that is popular is generally the worst thing you can do, whether you do it through an ETF or some other vehicle," argued senior financial adviser Chris Horan at Assante Wealth Management in Toronto. The time to reap strong gains was a couple of decades ago, he added.

The opposite view is that REIT ETFs are a way to add diversity to an investment portfolio by having extra exposure to real estate, primarily the commercial real-estate industry. REITs can be volatile, however, as seen last year.

The fund is large, with about $1.2-billion in assets, and its weighted holdings include heavy investment in the large Riocan REIT, for instance.

A popular competitor, representing a different investment strategy, is the BMO Equal Weight REITs Index ETF (ZRE), launched in 2010. It has equally weighted holdings, as its name stipulates. So while XRE will be pulled this way or that by the larger REITs and larger market movements, ZRE has more of a mid- to small-cap flavour, swaying in value due to more localized, sector-specific conditions, explained Daniel Straus, ETF analyst at National Bank Financial in Toronto.

The market for REIT ETFs isn't a new one, and interest among investors is steady, he added. "I think that the demand for REIT investments in a kind of one-ticket, easily accessible product – which is what ETFs offer – has been there for a long time."

Still, REITs can be affected by larger market conditions. "We're of two minds when it comes to REIT investing," Mr. Straus said. "At National Bank, we have an asset allocation strategy team and an economics team, that encourages investors to have – in addition to their bond and equity holdings – a small weight in what we call alternative investments." This can include exposure to real estate, thereby adding diversity.

However, the larger REITs are already part of the S&P/TSX composite index, so mainstream Canadian equity ETFs will already have some REITs in them, he said. "So you don't really need to branch out of those ETFs in order to be assured that you have some REIT exposure, if you see them as an essential building block of a portfolio."

Another factor to consider is that REITs can be doubly affected by interest rates. The dividends they pay are less enticing when interest rates go up. At the same time, REITs borrow to finance their operations, and so REITs tend to do worse in a rising interest-rate environment. However, a regional focus or the unique characteristics of some REITs can help shelter them from moving purely in tandem with rates, Mr. Straus said. "So, we find that they can be useful as diversifiers, and we do use them for that purpose," he said.

Ultimately, it pays to look under the hood to see what assets the REITs hold.

"Commercial real estate is, from an investment point of view, a bond within a box. And bonds are as overpriced as they've been in my lifetime. So you're buying an overpriced asset that's sitting on a piece of dirt," said Mr. Horan at Assante. By comparing REITs with bonds, he's talking about the cash flow from rental income.

This shouldn't completely discourage longer-term investors, even though the already strong real-estate market may not see the returns it once did.

"A REIT is a fine vehicle, because real estate should be a buy-and-hold thing. And REITs' costs are generally not too far out of line," Mr. Horan said. "It's more the underlying asset that you're buying, rather than the vehicle that you're buying it in."

This is similar to Mr. Straus' view at National Bank, who said that real estate is perhaps best seen as a buy-and-hold investment, not as a quick trading vehicle, which some perceive ETFs as being.

"If there a correction in the real estate market, we do believe that still, in the very long term, these do make sense as small allocations in a buy-and-hold context," Mr. Straus said. 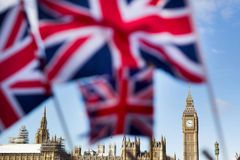 Smart beta ETFs: When simply tracking the index is not enough
April 28, 2016 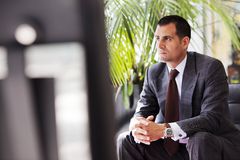 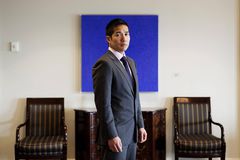