In the investing industry, the line between what's best for the client and what's good for the adviser is easily blurred.

Advisers want their clients to enjoy high returns, but they need to make money, and the potential for large rewards is tempting.

That creates an inherent conflict of interest in many client-adviser relationships, critics say, and too many investors are left in the dark about the fees they're paying to advisers and the effect those fees have on returns.

Many investors assume financial advisers have a duty to act in their best interests. But that's not the standard regulators currently demand. The requirement in Ontario, for example, is to act "fairly, honestly and in good faith" – the duty-of-care model. That's a long way from explicitly mandating that financial advisers' first obligation is to the client – a so-called fiduciary duty – such as exists for lawyers, accountants and portfolio managers.

Canadian regulators are examining steps that would follow the lead of Britain and Australia, both of which are pushing ahead with legislation to regulate adviser fees and clarify the duty of advisers to serve their clients. The Ontario Securities Commission, under new chairman Howard Wetston, has pledged to build "confidence in the investment process" by exploring the pros and cons of mandating a fiduciary duty. The commission is expected to release a discussion paper on the issue this spring.

"The adviser-client relationship … is an area of focus for the Commission because of its importance to retail investors," said OSC spokeswoman Carolyn Shaw-Rimmington.

Critics say changes are needed in part because there's a side to the investment business many Canadians don't see.

Take the so-called cash payout grid, industry parlance for the mechanism that determines the pay of many brokers. The more investments they sell, the greater the share of the fees they get to keep – sometimes in excess of 50 per cent.

Fail to meet minimum revenue targets at the bottom of the grid and a young broker can soon be looking for a new career.

"The grid is the enemy of savings," says Donald Ross, a former Vancouver-based mutual fund wholesaler for a major bank-owned investment dealer. "It creates an incredible amount of pressure to generate volume."

Throw volatile equity markets and near-zero interest rates into the mix and what your broker earns can be the difference between you making money or owning a shrinking nest egg.

John Tak, 57, of Vancouver, and his wife say they've endured a decade of frustration over embedded fees and subpar returns. They're now on their third financial adviser.

"I can't think of another field where you don't get a clear bill and you don't know exactly what you're paying for," said Mr. Tak, an executive at a health products manufacturer. "I don't think they're dishonest or trying to trick me. It's the nature of the industry."

The standard risk profile that clients sign becomes a way for advisers to duck their responsibility to generate better returns for investors, Mr. Tak said. "They're making money, whether we're losing money or making money," he complained.

A nationwide survey by Genesis Public Opinion Research for The Globe and Mail found that most Canadians generally trust their financial advisers (52 per cent gave their advisers marks of 9 or 10 on a 0-10 scale).

But they're also deeply dissatisfied with the returns they're getting, disillusioned with the stock market in general and wary of their own investment ability. And less than half of respondents give their brokers top marks on such critical measures as recommending investments that suit their financial goals and selling products clients fully understand.

The data suggest many investors don't have the necessary tools to assess the quality of the advice they're getting.

Experts say too many Canadians don't understand what's behind the investment advice they're getting, and more importantly, how much they're paying for it. In many cases, the financial advice investors get is coloured by the adviser's needs, including a desire to keep their job. Buying, selling and just holding on to mutual funds, many with high fees, for example, is a common way for advisers to earn a living.

"A lot of people don't understand what they're paying for. They think the advice is free," said Ilana Singer, deputy director of the Canadian Foundation for the Advancement of Investor Rights.

Mr. Ross, the former mutual fund wholesaler, said brokers sometimes face pressure to dump the perfectly good funds already in a client's account in order to buy new ones, simply to generate fees needed to make their pay "grid." He said the mutual fund industry helps feed this thirst for income with a steady stream of new closed-end funds, which pay the broker up-front fees and may be sold at an initial discount to their book value to drive sales.

"The public doesn't have any idea what goes on," added Mr. Ross, who now works in real estate. "They don't have a clue."

"Investing is a zero-sum game, right out of the gate," said Mr. Therrien, who left the industry in 2008, disillusioned at the way investors were being treated.

"Investors don't understand. If you have commissions, it makes that mountain you have to overcome so much more acute."

Clarity around an adviser's fiduciary duty would be a step forward. But the OSC isn't making any promises. Ms. Shaw-Rimmington said the issue is complex and the OSC wants to review the implications of imposing a "best interests" or fiduciary standard before moving forward.

There's also interest in Ottawa. Ursula Menke, commissioner of the Financial Consumer Agency of Canada, agrees that imposing a fiduciary duty for advisers would clearly be good for investors.

"The compensation model, by its very nature, creates a conflict of interest," she said in an interview.

Dumping the current duty-of-care model in favour of something more stringent is likely to face stiff resistance from the industry, which maintains that Canadians have ample legal protections now.

But Ms. Singer, the investor advocate, said imposing a fiduciary duty is the right thing to do, particularly at a time when governments and employers are gradually shifting the burden of providing for retirement onto the shoulders of individuals.

"This kind of duty is important to the fabric of the country," she argued.

"Canadians have to rely more on their own savings to get them through their retirement years. And if your savings are placed with a financial adviser, it is even more important now that greater responsibility is placed on the shoulders of the people providing the advice."

HOW YOUR FINANCIAL ADVISER GETS PAID

The grid: Many advisers are paid according to what's known as the grid, typically a one-page table that spells out how gross fees are shared between the adviser and their brokerage firm. The more fees the adviser brings in, the more of that cash they keep. An adviser generating fee and commission revenue of $200,000 a year might get to keep, say, 25 per cent. One earning $400,000 would get 35 per cent. Some brokers impose a minimum amount the adviser is expected to generate.

Fees: Some brokers charge an all-inclusive flat fee, typically in the range of 1 to 1.5 per cent, based on the size of your portfolio. A broker may also operate on a fee-for-service basis, either by the hour or based on the specific services they provide. Many other advisers offer what appears to "free" service, when in fact they are compensated via a vast array of fees on the investment products they put in your account. Many of these fees are not readily apparent to the investor.

Back-end or deferred fees: You buy a $10,000 mutual fund, $10,000 goes into your account and the adviser gets a commission. But sell that investment before a set period and you will be charged a fee.

Redemption fees: Paid by the investor to the fund when you sell units in a mutual fund.

Switch fees: Fee charged to investors when they switch funds within a family of funds.

Trailer fees: Annual fee the mutual fund pays your adviser and his or her firm to keep you in a particular fund. Rates are typically in the range of 0.25 per cent to 1 per cent a year.

Management Expense Ratios: This is the percentage of a mutual fund's assets that are deducted annually to cover operating costs, trailer fees, marketing, and fund manager salaries. MERs range from less than 1 per cent to 3 per cent or more. This comes right out of your return. So if a fund's investments generate a 5-per-cent return and the MER is 3 per cent, your return is about 2 per cent. Published returns are after fees are deducted.

Lose those RRSP blues: The benefits of saving are certain
February 17, 2012 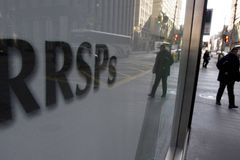 A dozen ways financial advisers can stretch the truth
February 17, 2012 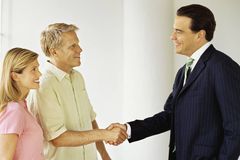 With early retirement, timing is everything
February 17, 2012 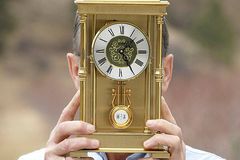 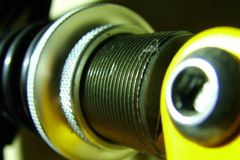 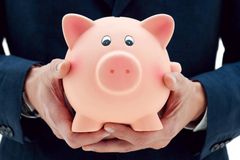