In typically truculent fashion, Ms. Merkel had insisted before the gathering that she would not budge from her refusal to allow either the existing euro-zone rescue fund or its impending replacement, the European Stability Mechanism, to buy government bonds or funnel capital directly to faltering banks – and certainly not without the bailout fund stepping to the front of the queue, ahead of all other creditors.

She also vowed not to soften the strict German austerity diet demanded of any country seeking a lifeline. The reasoning: Any such measures would let governments off the hook for their bad fiscal behaviour and encourage them to resume their destructive habits. But as her French, Italian and Spanish counterparts made clear, there's no point worrying about the plumbing when the house is ablaze. And as she has in the past when staring into the abyss (she was once adamant about never bailing out Greece), Ms. Merkel backed down.

When the markets aren't expecting anything beyond more empty promises, delay and denial, even modest progress can take on the appearance of a genuine breakthrough in tackling a two-year-old debt crisis that has turned radioactive and spread to the core of the monetary union. But is this really the time to be loading up on European equities, Spanish bonds or the euro itself? Not in the view of crisis watchers who have seen this movie too many times.

"We had low expectations of the EU summit, not expecting a policy response that could meaningfully address the euro-zone debt crisis. However, even these low expectations were undershot," a couple of Nomura analysts said in a note. "Our skepticism regarding the ability of the market rally to persist beyond the immediate term is high." Ouch.

What the Europeans have produced is "another extend and pretend type of shock and awe," declared Edward Harrison of Washington-based Global Macro Advisors.

While Ms. Merkel and her fellow euro zone leaders have moved slightly away from the edge of the cliff, the deep debt, fiscal and competitive problems at the heart of the crisis remain untouched.

Famed bond fund manager Bill Gross put it this way in a Bloomberg Radio interview. "The peripherals and even the core union nations have too much debt. The marginal cost of that debt is far above nominal GDP growth in respective nations. That continues a debt trap unless the cost of debt can come down."

For now, the basic goal is to restore collapsed confidence in two core markets, Spain and Italy, so they can avoid massive bailouts that the Europeans simply can't afford.

"Right now, it's a question of whether Germany will backstop Italy and Spain. It's hard to be optimistic that the Germans will be willing do that," says veteran fund manager Doug Noland, who has closely tracked global credit excesses for more than two decades.

"The common view is that the stakes are so significant and the costs of euro disintegration so enormous that at the end of the day the Germans will do what is necessary to sustain that monetary regime," says Mr. Noland, a senior portfolio manager with Federated Investors in Pittsburgh and author of the Credit Bubble Bulletin, a popular weekly newsletter. "I think the more they see of this crisis – and this is a global crisis, not just a European crisis – the more the Germans recognize its severity and that they must isolate themselves from it."

Mr. Noland issued dire warnings about the U.S. housing market as early as 2005 and flagged the current sovereign debt crisis back in 2009, when few market pros were paying much attention to the toxic debt sludge building up in the peripheral countries of the currency union.

His advice to investors is to play defence in the months ahead and steer clear of risk assets, although he acknowledges the possibility of occasional significant rallies stemming from aggressive government policy moves.

"Perhaps Germany will move towards European bonds and a kind of a common deposit insurance and some of these other measures [to rebuild market confidence]. But there's no indication at this point that they're willing to do it. If anything, they've been hardening their stance as the crisis has become more challenging. Once a financial crisis makes it to the core – as happened with sub-prime mortgages in 2008 and now European sovereign and bank debt – it turns very serious. So we're set up for a summer of tumult."

More questions than answers linger over Spain
May 1, 2018 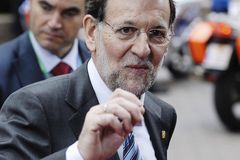 opinion
At the heart of economic crises: givers versus takers
April 30, 2018 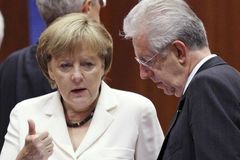