The fastest way to curb your enthusiasm regarding bitcoin is to actually use the cryptocurrency.

Or, at least, attempt to use it. A few days before Christmas, I watched as a friend tried to purchase a greeting card at a trendy Toronto boutique using her newly acquired bitcoin wallet. Yes, the helpful woman behind the register told us, we could certainly pay using bitcoin if we insisted on doing so. But we probably shouldn't, she told us, because there would be at least a $30 transaction fee on top of the $3 price of the card.

So we walked away. Multiply that experience a few million times and you have some idea of the challenges lying ahead for the world's most famous pseudo-cash.

Bitcoin has earned the love of speculators thanks in large part to a blaze of self-congratulatory promotion on the part of middlemen and early adopters. According to its fans, the cryptocurrency will disrupt the financial establishment, make it a snap to transfer wealth around the world and put control of the money supply in the hands of real people instead of central banks.

Maybe so. For now, though, it's important to check the big talk against the facts on the ground (or in the boutique).

As the rhetoric around bitcoin reaches frenzied levels, the limitations of the digital tokens are also becoming abundantly clear.

At the moment, bitcoin offers an outlandishly expensive way to pay for everyday goods. It is also slow, wasteful and inept at handling many key responsibilities of a functioning currency. In many ways, the bitcoin ecosystem resembles a video game, where players compete to amass tokens that only have meaning within the game itself.

To be sure, none of this necessarily spells doom for the cryptocurrency revolution. At least in the eyes of its enthusiasts, bitcoin's problems are just part of the birthing pangs that go along with many technological innovations. Just as it would have been difficult to see the enormous potential of personal computers in an early 1980s Commodore 64, it's a mistake to assume that present-day bitcoin represents the height of what cryptocurrencies may be able to achieve.

Bitcoin, at best, is an evolving experiment – and one of its biggest virtues is that its current state points out precisely where new work is needed. Right now, at least four glaring flaws are apparent.

Those hefty fees that my friend encountered are the most obvious one. The average charge to process a bitcoin transaction now runs to just more than $28 (U.S.), according to BitInfoCharts. That may not matter so much if you're buying a car, but it emphatically rules out using bitcoin to purchase a cup of coffee, a greeting card or many other common items.

A second major flaw is speed. Bitcoin is built on a foundation of "blocks," or data-filled bundles of verified transactions. These blocks are generated roughly every 10 minutes. To be firmly assured your transaction is now part of the blockchain – that is, the trail of linked blocks that make up the bitcoin ledger – you should ideally wait for several blocks to be formed after the one containing your transaction. That pizza you just attempted to buy with bitcoin? It's long since cold by the time your transaction is securely on the blockchain.

This would all be more acceptable if bitcoin's ponderous processing times weren't also accompanied by spectacular amounts of wasted energy. The waste arises because of how the bitcoin network is structured.

At its heart are "miners," who race to solve complicated mathematical puzzles that in turn give them the right to "mine," or create, bitcoin blocks and thus win rewards.

Any miner who hopes to win the computational race has to employ vast arrays of special-purpose computer chips.

Those chips consume enormous amounts of energy – which is why a lot of bitcoin mining takes place in China, where power is cheap, because of coal-fired generating plants.

Bitcoin mining around the globe now consumes roughly as much energy as Ireland, according to Digiconomist, a website devoted to cryptocurrency economics. To be sure, other forms of wealth also require energy to produce and safeguard. However, the scale of energy consumption by bitcoin miners appears out of all proportion to the cryptocurrency's relatively small footprint in the global economy. According to Digiconomist's calculations, a single bitcoin transaction consumes at least as much energy as 23,000 VISA transactions.

Bitcoin's problems don't end there. Even if it is able to solve its cost, speed and energy issues, it still faces a fourth challenge – it isn't well suited to many of the tasks that current fiat currencies now perform quite well.

One example is lending money. Bitcoin prides itself on being pseudonymous – you don't have to reveal your real name to use the network and you can have as many pseudonyms as you choose.

This privacy-obsessed system works only because of the blockchain, the secure record of transactions maintained by the dispersed community of miners.

By design, the blockchain is meant to be an add-only ledger, which means it can be added to, but never revised (at least, not without enormous difficulty). In practice, that means once you have transferred bitcoins to another party, there's no way to reverse the transaction and nobody to complain to if something goes wrong.

As you might imagine, such features create headaches for would-be lenders. Would you irreversibly hand over bitcoins to a pseudonymous borrower based on nothing more than an unsubstantiated promise to repay? What happens if the person you've lent the money to doesn't pay up? You can't call the bitcoin police because they don't exist. Neither do bitcoin courts.

The only way that traditional lending works in this context is if the borrower reveals his or her real name and signs a contract that can be reliably enforced in state-run courts.

But at that point, many of bitcoin's self-proclaimed benefits – privacy and freedom from state regulation – disappear. Why not just use fiat currency instead?

That, of course, is the key question facing cryptocurrencies in general. Much of the early bitcoin community was fond of libertarian rhetoric and saw fiat currencies as a weapon of state oppression. If this happens to match your own political convictions, it's a compelling reason to use bitcoin.

The obvious rebuttal, though, is that fiat currencies have worked fairly well for the developed world in recent decades despite economic swings. Among the advantages of state-issued currencies is that their supply can be calibrated by central banks to offset booms and busts in the economy.

Bitcoin doesn't allow for such adjustments. It's built to be deflationary. As time goes by, the supply of new bitcoins will diminish. In theory, at least, this will make the cryptocurrency more valuable. However, it will also create an economy where the natural incentive is to hoard bitcoins rather than spend them. That is not exactly a tonic for economic growth.

These flaws, and others, highlight the need for bitcoin improvements. Many ideas are already being implemented or are in the works. A protocol known as Segregated Witness, for instance, is designed to allow for faster transaction speeds and lower fees. The Lightning Network, a layer built on top of the bitcoin blockchain, and Bitcoin Cash, an offshoot of the original bitcoin, are other technological attempts to deal with the same issues.

Alternative cryptocurrencies also hold promise. Ripple, which aims to speed international currency transactions, is designed to appeal to large financial institutions and appears to be gaining some traction. Ethereum, a token-based system intended to allow for the building of decentralized computer applications, is another favourite of the cryptocurrency crowd.

But perhaps the greatest area of excitement is around new blockchain applications. Especially in countries or situations where authorities can't be trusted, tamper-resistant ledgers could go a long way to ensuring fair play.

How much of the current excitement will actually result in something real? Right now, it's impossible to say. Skeptics point out that, for all the prevailing frenzy, it's still difficult to find businesses making money by using cryptocurrencies to do something useful. The success stories in the area typically revolve around enterprises that are simply creating cryptocurrencies or trading them.

Here's one simple test: We will know that bitcoin is ready for mass consumption when you can actually buy a greeting card with it at a reasonable price. For now, would-be investors should be careful to separate the hype from the reality. 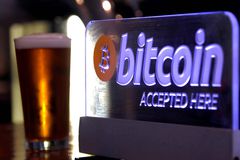 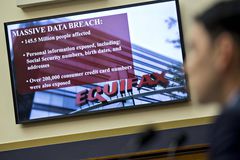