Is the lack of fear on Wall Street something to fear?

Sunni extremists are inching closer to Baghdad. A housing bubble in China is deflating. Russia is massing troops near the Ukrainian border again. Military forces in Egypt and Thailand have staged coups.

In a world suddenly more dangerous, you'd think fund managers and traders would be selling and buying and selling again in a frenzy of second-guessing. Instead, they're the picture of calm and contentment.

People are trading 38 per cent less each day than they did four years ago. Prices of bonds and stocks are barely moving day by day. For 46 days in a row the Standard and Poor's 500 index has risen or fallen by less than 1 per cent, a state of serenity unmatched since 1995. Then, last Wednesday, Federal Reserve Chair Janet Yellen told investors the U.S. economic recovery was on track, and things got really dull. A gauge of expected swings in stock prices, known as the "fear index" among traders, sunk to lows not seen since 2007, when stocks began a 2 1/2 year plunge.

Which helps explain why the calm may not last: The lack of fear is spooking some people.

As with weather, the theory goes, so with markets: Calm often precedes storms. Investors get cocky, take on too much risk, and prices of stocks and bonds collapse.

Most professional investors, strategists and economists don't appear worried that the lack of worry is leading to reckless bets, not yet anyway. Yellen, for one, says there's little evidence of trouble brewing. But a few dissenting voices see trouble aplenty.

Investors are borrowing money more than ever to buy stocks. Sales of "junk" bonds from the riskiest companies are at a record. Some investors are so heedless now that they're willing to accept rock-bottom interest payments to lend to even the shakiest of governments.

Spain, struggling to collect taxes from a population facing 26 per cent unemployment, is paying just 1.3 per cent to borrow money for five years, less than the U.S. pays.

Says Michael Lewitt, founder of the Credit Strategist Group, an investment manager: "No one is afraid of anything."

The list of things to shrug off over the past three years is lengthy: two dozen government collapses, surprise military moves and mass demonstrations.

That tally comes from a recent Citigroup report that, predictably, created few waves. Titled "Taking It To The Streets," it attributes much of the political turmoil lately to a combustible mix of angry middle classes and the ease with which they can organize using the Internet and social media.

In Italy, "Pitchfork Protests" broke out over political corruption and unemployment in December as demonstrators blocked roads and occasionally clashed with police. In Brazil, people has taken to the streets over high transportation costs and expenses for hosting the World Cup.

The Citigroup report suggests this new "vox populi risk" isn't going away soon and asks, Why so little reaction from investors?

David Levy, chairman of the Jerome Levy Forecasting Center, blames "fear fatigue." Investors have faced down lots of trouble over the years, from a European debt crisis to a pair of near defaults by the U.S. government. None of these things have kept stocks down for long.

"It's hard to be scared all the time," Levy says. But, he adds, "The more sectarian violence, the more countries fighting civil wars, the greater the potential for something going wrong."

Another reason for calm is central banks. From Tokyo to Washington and London, they've kept short-term borrowing rates they control low and bought trillions of dollars worth of bonds to push down long-term rates, too. Many investors are convinced little can upset markets as long as central banks are willing to pump money into the financial system.

The problem is, panic can spread fast at times when there is little trading. A few big sales can push prices down dramatically. That is what happened last summer, when owners of municipal bonds found few buyers during a bout of selling. Panic mounted and prices plunged.

Other areas of the $100-trillion global bond market are vulnerable, too. Some investors have been fretting for years that bonds are due to drop after a three-decade bull run. With the low levels of trading in some corporate and government bonds, the fear now is a single big move could push them over the edge.

Japanese government bonds may be especially fragile. Credit Strategist's Lewitt notes that some 70 per cent of these bonds are bought by the country's central bank upon issuance now, then held to maturity instead of re-sold on the market.

The lack of supply means that the first trade in Japanese bonds some days doesn't occur until the afternoon, which is stunning considering that Japan's government debt market is the second-largest in the world. Lewitt fears that prices could suddenly drop in that thinly traded market, walloping investors with losses, spreading fear and setting off selling and losses elsewhere.

"All markets are linked through webs of ownership," says Lewitt. "There's no escaping."

That said, it may all work out in the end.

Buckland, one of the authors of Citi's "vox populi" report, notes that periods of calm don't always presage turmoil. In 1995, for instance, the fear index was also low. The S&P 500 ended that year up 38 per cent, including dividends.

Then there is this line of argument, offered up in a June 13 report from Charles Schwab: With more people worried about the lack of worry, maybe it's the wrong time to worry.

If you don't find that logic convincing, assuming you can follow it, there's a way of betting the calm will break: Buy a stake in the clumsily named VelocityShares Daily Long VIX Short-Term ETN, a fund that tracks the fear index. The price of the fund will rise as people get worried.

But you better hope for nothing short of Armageddon. Despite all the chaos in the world this year, the fund has dropped 32 per cent.

An eerie calm, by the numbers

LITTLE TRADING:
So far this year, investors have traded an average 3.4 billion shares each day on the New York Stock Exchange, 38 per cent less than they did in the same period four years ago.

SMALL PRICE MOVES:
The Standard and Poor's 500 index has risen or fallen less than 1 per cent for 46 days in a row, a rare state of stasis. Stocks haven't moved so little for so long since 1995, says Howard Silverblatt, senior index analyst for S&P Indices.

CALM AHEAD, MAYBE:
Meanwhile, the so-called Vix index, which tracks expected price swings in the S&P 500, suggests things could remain sleepy for a while yet. That measure, dubbed the "fear index" by traders, has been hovering around 11 recently, about half its 10-year average. Last week, it dropped to 10.6, the lowest since 2007, when stocks began a 2 1/2-year drop that erased half of their value.

NO CORRECTION:
Professional stock investors say it's healthy for a bull market to occasionally have a "correction," or a drop of 10 per cent or so. The S&P 500 hasn't had one for nearly three years, twice as long as the average back to World War II. 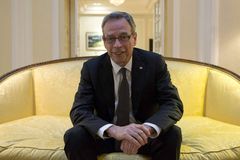 Why you shouldn’t be worried about inflation
Subscriber content
June 23, 2014 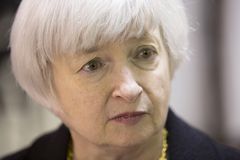 Gordon Pape: The TSX has already hit my target for the year
Subscriber content
June 23, 2014 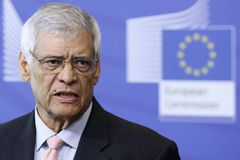