Philip Fraser, chief executive officer of Killam believes he's discovered the perfect way to invest in real estate. By amassing trailer parks - which insiders prefer to call manufactured-home communities - he is confident that his real estate company will prosper no matter which way the housing market jumps next.

While outsiders see trailer parks as low-cost housing, he likes to think of them as annuities that gush cash no matter how the economy performs.

"In many ways, this is as good as it gets in real estate because it is pure cash flow," he says. "We often say around here that if we ever wanted to give it all up and live on the beach, all we would need to do is buy a couple of parks to keep us going."

While there are a smattering of parks around the country, most are small-time mom-and-pop operations. In contrast, Killam has been furiously consolidating the sector since its inception in 2003. It now has 55 parks in seven provinces, and would buy more if it could find willing sellers.

While the parks account for just 25 per cent of the company's revenue - the rest comes from apartment buildings - they are a big part of the reason that the company is on track this year to post its first annual profit since 2005. The analysts who follow the company also think it's on to something - 10 of them rate the company's shares a "buy," three a "hold."

"I simply think this is a fantastic business," said Vision Capital chief executive officer Jeffrey Olin, who helped raise capital for the company in its early days and still holds its shares. "It's like the apartment business, only better, because you never lose your cash flow to vacancies."

About 10,000 homeowners pay Killam up to $500 a month to rent the land beneath their homes. They pay their own utilities, cover property taxes and are responsible for their own maintenance. When their homes are paid off, they keep paying rent on the land. Forever.

Although Killam does not own the homes - just the land - it has first claim on the dwellings if homeowners fall behind on their land lease payments. Occupancy rates are holding steady at 99 per cent. "Think about it. Who is going to risk losing their biggest asset over a few hundred dollars?" Mr. Olin said.

As Canadians struggle to figure out whether the real estate market is headed for a sharp correction, analysts believe that mobile homes are well positioned to hold their value. Trailers don't see the same gains as traditional houses in good times, but they hold their own in the bad.

"Because of the affordable nature of these communities and the attractiveness of living in a house in a community with amenities, as compared to an apartment, in difficult economic times their performance may, relatively at least, outperform," Mr. Olin said.

That's because the homes appeal to a very specific segment of the market - first-time buyers who feel outgunned in the broader, more expensive housing market and seniors who have sold their homes and are looking for smaller spaces that they can still call their own.

To be clear, Killam has no interest in owning shanty-town-like parks. Itscommunities feature "mobile" homes with up to 1,200 square feet of floor space, two bedrooms, hardwood floors, full kitchens and dining rooms. The houses will likely never move. They are only considered mobile because they arrived on a truck.

When the infamous Trailer Park Boys needed a more upscale set for their movie, they used Killam's Birch Hill park, located about 15 minutes outside of Halifax. The community is shown in a scene in which supervisor Jim Lahey leaves for a better job.

"They got what they wanted in that it was a nice setting," said Mr. Fraser, whose company posted a $1.4-million profit in its last quarter. "And we managed to get paid enough to build a new park for the kids."

The other major player in the trailer park industry is Calgary-based Parkbridge While both companies operate on the land-lease concept, Parkbridge's 80 communities tend to have fewer trailers and more premanufactured houses than Killam's parks.

Many have basements, some are covered with brick. The basic concept remains the same, however. Charge for the land underneath in perpetuity, and never worry about whether your tenants plan to move.

"We're in this for that consistent annuity-type income stream," said Parkbridge co-chief executive officer David Rozycki. "The homeowners have a big stake in the community, and you don't see bad debt. This is a model that has a lot of merit, and we really do believe in it."

Trailer parks serve another purpose, one that their owners aren't particularly keen to talk about. Many parks were out in the country when they were built 30 years ago, but now cities have grown out to meet them, making them attractive to would-be developers hoping to build subdivisions.

"Like parking lots, many trailer parks are on land that is waiting for development," said John Andrew, a real estate professor at Queen's University in Kingston. "The owners can bide their time, waiting until the demand for land in that area drives up the land price high enough to develop."

It's something the Trailer Park King thinks about from time to time. But as he surveys a 30-year-old Halifax park that his company owns, he just can't picture the day when he sells the land out from underneath the residents.

"This would probably sell for a good price," he says, waving his hand at the park as he drives past. "But really, I don't think we're in the business of destroying communities."

While prices for mobile homes vary, they tend to cost about half as much as standard detached houses in any given market.

"They are very inexpensive, and are a good way to start out," said Nova Scotia real estate agent Anita Chaput, who works for Century 21. "They hold their value, but they don't build equity the same way as detached homes. But the bottom line is you will be able to sell them for more than you paid."

She has a listing right now for a 900-square-foot trailer in the heart of Halifax for $54,900. For that, a buyer gets two bedrooms, a whirlpool bath, and a den that leads to a new deck. It also comes with a refrigerator, stove and washer.

"They aren't difficult to sell. In fact, in most cases people call me looking for them. You don't have to do a hard sell job, because they are the ones looking to buy. And you have to let them know about downsides - not everyone wants to live in a park setting, and you have the added cost of paying rent on the land." 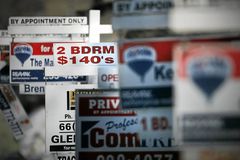 Sellers' market over for housing
September 6, 2010 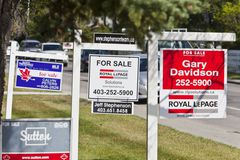 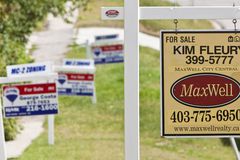 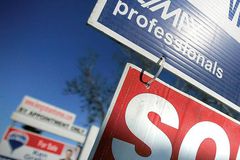