Thousands of UBS bankers could receive zero bonuses this year following the revelation that a 31-year-old trader at the Swiss group is suspected of losing $2-billion through unauthorized trades.

Kweku Adoboli, a trader on the bank's little-known "Delta One" desk, was still being held at Bishopsgate police station in London after being arrested in the early hours of Thursday morning on suspicion of fraud. City of London police said they had obtained a 12-hour extension to continue their interviews after the standard 24-hour period had elapsed.

Analysts said that while UBS has enough capital to withstand the financial impact of a $2-billion hit, such a massive trading loss could effectively wipe out any profit from its investment banking operations for 2011.

Over the first half of the year, UBS has earned a pre-tax profit of 2 billion Swiss franc ($1.37-billion U.S.) in its investment bank unit, headed by Carsten Kengeter.

A $2-billion trading loss, which UBS said could push the entire group into the red for the third quarter, means the investment bank is sitting on a $630-million hole.

If UBS's investment bank fails to make any money for 2011, that could trigger so-called "clawback" provisions in bankers' contracts, which allows UBS to pay out substantially reduced or even zero bonuses to employees whose bonuses are tied to the overall profitability of the division, analysts said.

So far this year, UBS has set aside 3.4 billion Swiss franc for staff salaries and bonuses within its investment bank.

As details of Mr. Adoboli's activities were still being scrutinized on Friday morning, UBS was facing calls to significantly scale back its investment banking operations to focus on its core wealth management operations.

Oswald Grübel, the bank's chief executive, was already expected to announce a significant restructuring of the investment bank at the group's annual investor conference in November. UBS is cutting 3,500 jobs across the bank and reshaping its investment bank around activities that support its private bank, instead of offering the full breadth of products and services of a JPMorgan Chase or a Detusche Bank.

"We expect UBS will come under material pressure from shareholders and FINMA (the Swiss regulator) to review its investment bank business ... the trading loss being the final straw, leading to material restructuring," said analysts at JPMorgan Chase.

Analysts at Mediobanca said the trade could result in a net loss of 560 million franc for the group in the third quarter, and a 50 basis point reduction in the group's core tier one capital ratio - a key measure of financial strength - to 15.8 per cent.

"The fraud reflects potential dysfunctions in the design and implementation of the bank's internal controls and requires immediate action from the top management," Mediobanca said.

Thursday's disclosure of unauthorized trades, thought to be the third-largest bank rogue trading scandal, has drawn parallels with the €4.9-billion ($6.8-billion) hit caused to French bank Société Générale by Jérôme Kerviel in 2008.

Like Mr. Kerviel, Mr. Adoboli engaged in a form of derivative trading known as "Delta One," a fast-growing but shadowy corner of investment banking that involves trading securities that track an underlying asset, such as shares or silver, as closely as possible. It is often associated with exchange traded funds (ETFs) and swaps

UBS first became aware of what it called "unauthorized" trades midday on Wednesday, and asked police to arrest Mr. Adoboli around 1 a.m. on Thursday, according to people familiar with the situation. Mr. Adoboli admitted causing losses as his trades were examined, those people said. His trading desk was surrounded by security guards. Mr. Adoboli's boss, John Hughes, has already resigned, UBS employees told the FT.

UBS's risk management and control functions, which are undergoing a root-and-branch overhaul after the bank was forced to write-off $50bn in toxic debt during the financial crisis, are under fire for not catching the trades far earlier.

Moody's, the credit rating agency, put the bank on review for a possible downgrade, citing "ongoing weaknesses in the group's risk management and controls". On Friday, Fitch and Standard & Poor's joined Moody's and put the bank's credit rating on negative watch. 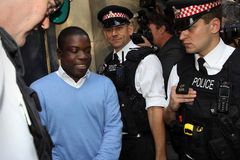 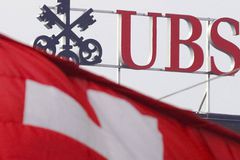 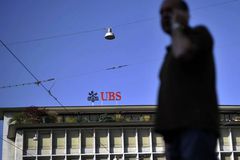