When Ed Romanowski bought Solara Resort and Spa out of receivership last year, the Canmore, Alta., vacation property cost about $500 a square foot - roughly the same as a nice new condo in downtown Vancouver.

The high prices were a relic of the prerecession era, when investors flooded the resort market and drove prices upward while demanding increasingly larger properties and a growing list of expensive amenities.

Unlike the broader housing market, which has been on a record-setting tear since the end of the recession, the vacation property market is still mired in a downturn. The industry is coping by slashing prices on condos, timeshares and cottages to levels last seen a decade ago, and planning to build smaller units to attract families instead of investors.

"We've thrown out our designs to make product that actually appeals to buyers; they want smaller, more efficient spaces that they will actually use themselves. That is a major shift."

Solara's Canmore properties are selling for half of last year's prices, and are drawing muted interest. It's not a problem that's specific to the resort: Prices are down across the country and developers are considering new ways to attract buyers.

For developer Peter Freed, for example, a changing market has spurred a reconsideration of his Muskoka Bay Club project in Gravenhurst, Ont. Originally conceived by the developer as a place where owners could lounge in high-end timber cabins, he now focuses on units that are meant to accentuate the city-chic lifestyle that has found him success in Toronto.

"We've reduced the size of the units and we're focusing a little more on families now," Mr. Freed said. "We used to really focus on the world-class golf course, and it's great. But not everyone plays golf."

Inventory built before the recession is a major problem for the recreational property industry, particularly because there is no way to know how much is actually outstanding. With an estimated 7,500 new Canadian vacation properties sitting empty from coast to coast, to say nothing of all the resale properties on MLS and a wealth of U.S. properties selling cheap, buyers are hard to find.

Bellstar has also formed a residential real estate brokerage to help eat through the inventory of property it has sitting idle on resorts in B.C. and Alberta. It has $150-million in listings in the two provinces, and has hired 12 agents to move the properties.

The company hopes to do an end run around big city agents who can sometimes hurt sales by not understanding each property's features, and who often encourage resort-property owners to sell for less than what Bellstar feels is fair, thus driving down the value of neighbouring properties.

"Co-operation will be key; we can't turn off local realtors by saying they just don't understand," Mr. Romanowski said. "But we need to educate them - we don't want them giving a bad reputation to a project simply because they don't understand."

Royal LePage chief executive office Phil Soper said one of the challenges of selling the inventory of properties is the lack of information about available product. He relies on reports from his brokerages to get an idea of the market's health because there are no industry stats to check.

Anecdotally, he said, this spring marked the first burst of activity in the market since 2008 when the financial crisis caused many potential buyers to reconsider their priorities.

A Royal LePage survey found that 89 per cent of recreational property owners and prospective buyers nationwide believe such properties are a good long-term investment, and that 50 per cent believe they would generate better returns than the stock market.

"This is a very discretionary market," Mr. Soper said. "It may be hard to convince a cottage owners that what they own is a luxury because those who are into recreational properties see them as essential as water, but the fact is it's the first property decision to be delayed when people get worried." 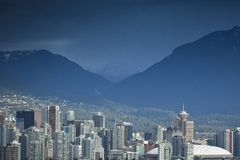 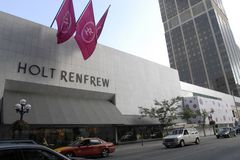 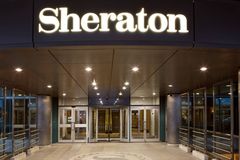