The very rich, wrote the novelist F. Scott Fitzgerald, are different from you and me. They also stand apart from their economic peers when they happen to be millennials – those born between the late 1970s to early 1980s, and about 2000.

"Higher-net-worth millennials are vastly different than their baby boomer counterparts," says Dave Nugent, chief investment officer at Wealthsimple Financial Inc., a Toronto-based online investment service that combines a robo-adviser platform with access to live advisers. "They view money differently and they also have a different approach when it comes to investing their money."

There are no hard statistics tracking the number of high-net-worth millennials in Canada, but in the U.S. they make up a little more than 10 per cent of wealthy households, according to a 2014 survey by U.S. Trust, the private wealth management arm of Bank of America Corp. in Charlotte.

While they are a small group, wealthy millennials are likely to get even wealthier as they age, thanks to higher future earnings and substantial inheritances from their boomer and Gen X parents, notes the U.S. Trust report.

Financial services providers who want to cater to this new generation of wealthy individuals need to understand what makes them tick, says Mr. Nugent. A notable characteristic among this group: They are more interested in pursuing meaningful experiences than counting the commas in their investment portfolios.

"Material things are not much of a big deal to them because experiences are a bigger priority," says Mr. Nugent. "A lot them will say, 'Great, I have all this money – what's my next project?'"

Many rich millennials are risk-taking entrepreneurs who have made their fortunes by building companies. But when it comes to investing their cash, they tend to be rather conservative, says Mr. Nugent.

"They don't need to play penny stocks to score a home run, whereas baby boomers love that stuff," he says. "For millennials, the stock options or equity in their company – that's their home run."

That just about sums up the investing strategy of Mike Gettis, the 32-year-old chief executive officer of Endy Sleep, a Toronto e-commerce company that sells foam mattresses to customers across Canada and the United States. While he still holds stock in a number of blue-chip companies, these days Mr. Gettis prefers to put his money into the business he co-founded in March of 2015.

"I don't do a lot of investing any more," he says. "With 2008 and all of the things that happened since then, I think I speak for a lot of millennials when I say that we don't have a lot of faith in the system."

Paul Shelestowsky, a senior wealth adviser with Meridian Credit Union in Niagara-on-the-Lake, Ont., has observed this cautious streak among his high-net-worth millennial clients. He attributes this in part to their having gone through several financial crises, including the 2008 recession.

Those at the older end of the millennial age spectrum would also have witnessed the bursting of the dot-com bubble.

"This is a generation that has seen – and continues to see – a great deal of market volatility," says Mr. Shelestowsky.

Most millennials today also don't have the security of working with the same company for the duration of their careers, and few have access to a defined benefit pension plan, he adds.

"There aren't as many implied financial safety nets so when you're a high-net-worth 30-year-old, you know that you really have to look after yourself," says Mr. Shelestowsky. "And when you're an entrepreneur, you may have a risk-taking mindset with your business but when it comes to your retirement, you tend to be more cautious."

Mr. Gettis says that, like other members of his generation, he does have a lot of faith in technology and relies on mobile apps to help him manage his money.

"Even with our business, we have it all set up to do wire payments online," he says. "That's the one thing with millennials: We're happy to use apps and we have faith in encryption technology."

Technology is also helping high-net-worth millennials skip the face-to-face financial adviser meeting, which has long been considered a must for boomers and Gen X investors, notes Mr. Nugent at Wealthsimple.

Instead of sitting down in an office to discuss their investment portfolio, many rich millennials prefer a video chat. "It's basically like having the person beside you anyway," says Mr. Nugent.

This love of technology is certainly drawing rich millennials – as well as millennials with lesser investable assets – to robo-adviser services, says Mr. Nugent. At Wealthsimple, the average age of clients is 30, compared to the industry average of 55, he says.

Because of their financial successes and tech-savvy ways, high-net-worth millennials may now be influencing their own parents' investment decisions, says Mr. Nugent.

"In previous generations, people invested with their parents' advisers," he says. "Now the opposite is happening where older people are saying, 'I'm investing my money where my kids are investing theirs.'"

The young and rich

In addition to Mike Gettis of Endy Sleep, who else is young and wealthy in Canada?

Stewart Butterfield: Co-founder of the photo-sharing site Flickr, now founder of San Francisco-based Slack Technologies, Mr. Butterfield was born in 1973 and today has a net worth of $1.6-billion (U.S.).

Garrett Camp: The Uber co-founder was younger than 30 when he sold a social media startup to eBay for $75-million. Today he is reportedly worth more than $9-billion.

Shane Smith: The 46-year-old is wealthy to the tune of $1.3-billion, thanks to the success of his multiplatform media company Vice Media.

Tobias Lutke: He was in his early 20s in 2004 when he co-founded Shopify Inc., an online e-commerce platform for small- and mid-sized businesses. When Shopify went public last year, Mr. Lutke's stake in the company amounted to more than $300-million.

Low-tax havens beckon the wealthiest retirees
May 9, 2016
Wealthy investors’ mood: Cautiously optimistic
May 9, 2016
Life insurance is a do-it-all tool for the wealthy
May 9, 2016 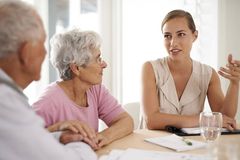 A tale of two Buffetts: Which would you rather be?
May 9, 2016
Follow us on Twitter @globeinvestor Opens in a new window
Report an error Editorial code of conduct