For many investors these days, the world seems to revolve around a single powerful institution – the U.S. Federal Reserve. Sure, they care about the fate of Japan's Abenomics gamble, Europe's continuing woes and China's strenuous attempts to engineer a soft landing. But nothing causes them more sleepless nights than fears the Fed might soon ease up on the monetary gas pedal.

Markets have been in turmoil since last month, when Fed chief Ben Bernanke seemed to pave the way for just such a gradual scaling back of the bank's aggressive quantitative easing. Global equities have lost nearly $3-trillion (U.S.) in value and yields on 10-year Treasuries have shot up about 5.8 per cent since Mr. Bernanke's public musing, even though he tied any withdrawal of stimulus to improved labour conditions and seemed in no hurry to pull the plug.

But by the end of last week, jangled nerves were somewhat soothed by indications a chastened Fed will send a clear signal after this week's policy meeting that its massive asset purchases – more than $2-trillion worth since the 2008 financial meltdown – will continue. And the International Monetary Fund dutifully did its part on Friday by declaring that the U.S. economy isn't in good enough shape for Bond-Buyer Ben to do any rolling back this year. Even for 2014, the IMF's outlook is based on only a "very slight" reduction in bond purchases and no change in interest-rate policy.

The Fed's bond-buying splurge and its continued commitment to rock-bottom rates will also draw quiet applause in Washington political circles, because it enables both Democrats and Republicans to pass the buck for their fiscal failings. The problem is that neither the Fed nor any other central bank can provide a long-term fix for economies that have gone off the rails.

"Of course, it's smart to try to avoid a depression, where you're actually breaking through some of your institutional safety nets," says Tim Kane, co-author with fellow conservative U.S. economist Glenn Hubbard of Balance: The Economics of Great Powers from Ancient Rome to Modern America , which explores the empire-crushing effects of economic imbalances. "But long term, growth policy is almost completely separate from monetary policy. And that's where, in some ways, we see modern economies going in the wrong direction."

Mr. Kane, chief economist of the Hudson Institute in Washington, likens monetary policy to handling a car. It makes sense to step on the gas if a flagging economy needs a short-term boost, just as the brakes may have to be applied if the economy is picking up speed on its own. "You want to stabilize that business cycle. That's what [monetary] policy is good for. And it's to ensure long term that things don't go out of control."

But it's a mistake to assume any of this will translate into sustained growth, he says in an interview. "At the end of the day, it's not going to build a new car engine for you. That's regulatory, tax [policies]. It's a lot of structural things. It might even get into the culture of the driver. Those are things monetary policy can't touch."

But in the U.S., there has come to be an "over-reliance on monetary policy to cover for destructive fiscal policy," note the authors, who dispense equal blame to both political parties and their short-sighted but logical aims of getting re-elected.

Because central banks do a good job of balancing the business cycle, they enable legislators "to behave irresponsibly," Mr. Kane argues. In Washington, politicians seem to think that with the Fed effectively in the driver's seat, "growth just happens. So they can continue their hyper-partisanship, ignoring real issues" and turning compromise into a dirty word.

It's not a matter of whether Mr. Bernanke's Fed is right or wrong in its stimulus policies or interest-rate targeting, he insists. What does matter is that "we've reached the stimulative limits, and the real problem is it's a distraction from what's needed, which is sustainable long-term growth. And we're really not having that conversation."

The remedy proffered by Mr. Hubbard and Mr. Kane includes a non-partisan balanced budget amendment with enough flexibility built in to deal with economic crises.

As for the central bank, "the reason that the world thinks t he Federal Reserve controls interest rates is because the world thinks the Federal Reserve can control interest rates. But that confidence starts to shake a little bit when you see credit ratings get downgraded," Mr. Kane says. "And when the ice breaks, it breaks. It's not a predictable event."

Tim Kane on what we don't know

We all have to deal with the reality that we're ignorant. We're not completely informed. We haven't discovered all knowledge yet, scientifically or economically. When a great power goes down, a lot of times it's because it has to wrestle with an economic monster that's never been seen before.

On the risks posed by the growing divide in Washington

Hyper-partisanship leads to a political prisoner's dilemma, where you've got one party in favour of lower taxes and the other in favour of larger government, larger outlays. You'd think they would find a compromise. But they don't. They compromise in a really imbalanced equilibrium, which is that you have big spending and low taxes. And it's to their disadvantage to change that. They make a selfish, rational choice to get re-elected.

On Japan's strategy of monetary and fiscal stimulus, followed by structural reform

On his optimism about the euro's survival

I have not really bought into the rhetoric that if one EU government goes bankrupt, the whole monetary system collapses. … I'm confident that it will end well [in Europe], but it will be painful to figure it out.

Frankly, Canadians and Americans have world-beating risk appetites. We're failure-tolerant. So, if someone starts a company and doesn't make it, it's a learning experience. It's not a great market shame, like it is in many other countries. 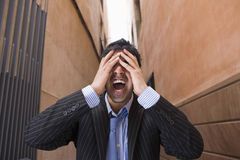 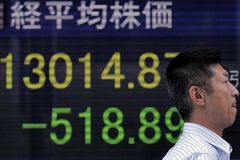 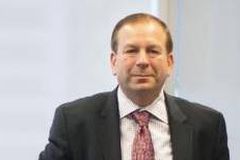 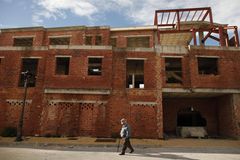 What does the extreme Japanese market volatility say about Abenomics?
May 23, 2013 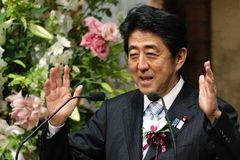 Why frontier markets are incredibly popular
May 19, 2013 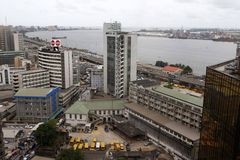