Lexmark International Inc. was, by at least one measure, the cheapest stock in the Standard & Poor's 500 at the beginning of last week. And then, suddenly, it was not, because the company announced it would explore jettisoning its inkjet printer business. Shares rose almost 15 per cent on the news.

Lexmark remains remarkably inexpensive, however, because it shares a trait with other companies with some of the lowest-priced stocks in North America. Their businesses are tied to the use and consumption of old-fashioned paper.

In some ways, this is not surprising. The struggles of the newspaper industry are well known, and the techno-futurists have been dumping on the "dead-tree" industry for more than a decade. But the effect is so pervasive that it now taints every company that hasn't gone all-in on bits and bytes.

Value investors may look at paper-related companies and see solid cash flows and cheap share prices. I see something more ominous. If investors are convinced these companies are on steep, irrevocable downward paths, then the paper pessimism will trump all the ratios and measures that make the stocks look like bargains.

Let's look at the TSX. According to Standard & Poor's CapitalIQ, of the 1,500 companies on the exchange, just 84 have a forward price-to-earnings ratio of less than 10, combined with an enterprise value – market capitalization plus net debt – of less than five times EBITDA, or earnings before interest, taxes, depreciation and amortization.

Paper-related companies don't find much love on the S&P 500 either. Just 38 companies meet the previously mentioned low-price thresholds. They include Lexmark and another company with a big consumer printer business, Hewlett-Packard Co., as well as newspaper giant Gannett Inc. and publishing/packaging company R.R. Donnelley & Sons Co.

Staples Inc. makes the cut as well; in fact, all three major U.S. office-supply retailers are down in the dumps. It's not coincidental that a huge proportion of their revenue comes from paper and ink sales and copying services.

Let me throw one more fact at you: The median multiple of enterprise value to EBITDA for a stock on a major U.S. exchange right now is around 12.5. There are 50 listed companies in the paper products, commercial printing, or print-media publishing industries. Just one of those 50 is above that 12.5 median EV/EBITDA mark. (It's Martha Stewart Living Omnimedia Inc., which seems it should always be in its own special category.)

Now, it may be oversimplifying to say there's a scarlet "P" for "paper" on all of these stocks. Hewlett-Packard comes to mind as a company which has a cheap valuation that results from a combination of factors that are more complex than a simple dislike for cellulose.

What I see in these names, however, is what investors call "value traps": Stocks that look cheap, but trap you in losses because they just keep getting cheaper.

Domtar? In January, I asked if it was "the cheapest stock in Canada" because of its "combination of low price multiples, long-term earnings growth and healthy cash flow that's being shovelled back to shareholders in the form of dividends and share repurchases." It was $88 then; it's $71 now.

Glacier Media, the community newspaper company that just missed this cut because one of its multiples was a little high? I said in August 2011 it had the flavour of the old days of printing money through publishing, and buyers of its stock "might make a mint." The shares have gone nowhere.

And envelope company Supremex? I recommended it in April for those who were "a bit skeptical about the pronouncements of the digerati, believing dead trees will still play a role in our lives for the foreseeable future." Just $1.88 then, it's still managed to fall 15 per cent.

I still think the "all-digital life" has a later ETA than the digerati claim. But it doesn't matter what I think or if I'm right; sometimes, in investing, perception is reality. And the perception is that these companies' earnings are on a steady path to oblivion. No matter the profits from paper right now; it's all turning out to be very real losses for investors.

ROB Magazine
Drop resource stocks like a hot rock
May 8, 2018 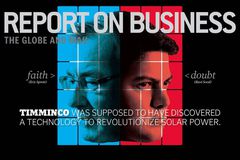 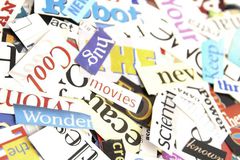