It sounded at once alluring and kind of unseemly. At a roundtable chat here on Tuesday afternoon hosted by Larry King, Kevin Crull, the president of Bell Media, listened in admiration as his fellow panelists sketched out their utopian visions for how technology is making the world an infinitely better place.

One Kenyan entrepreneur talked about a game he had developed, in which players protect trees from illegal loggers, that helped change people's views of the practice in the real world. Brian David Johnson, a futurist at Intel, marvelled: "The idea that people just carry the Internet in their pocket – they carry a gateway to global business, to global politics in their pocket – I think has just had a massive, massive effect on our society."

To which Mr. Crull replied: "Me, I want to put the Kardashians in your pocket."

He was joking, mostly. But that attitude might be part of what spurred the CRTC's smack-down of Bell Media last week, when it summarily rejected the company's request for regulatory permission to take over Astral Media. The commission seemed to be suggesting that Mr. Crull and his colleagues – and, by implication, most of their colleagues at Canada's large media companies – have forgotten there's a responsibility that comes with the privilege of holding broadcast licences. Bell executives are having none of that.

They believe they met all of their takeover obligations, and that if the CRTC felt they fell short, then it had a responsibility to tell them so rather than rejecting the deal. Having experienced perhaps the worst defeat in their careers, they seem to be suffering a collective case of PTSD, rendering them wholly uninterested in entertaining the possibility that they are even partly responsible for their own troubles. (On Thursday, BCE extended the deadline on the deal to December 16, with a possible further extension to next Jan. 15.) Less than 24 hours after the rejection, George Cope, the chief executive officer of Bell Media's parent BCE Inc., conducted a scrappy press tour, ravaging the CRTC.

And so, after the panel, Mr. Crull pulled me aside to double down on Bell's attacks, laying out five principles he alleged the CRTC failed to uphold. (I should note that BCE holds a 15-per-cent interest in The Globe, and Mr. Crull sits on the company's board.) His decision to do so suggests an unusual strategy of trying to throw the regulator back on its heels.

The CRTC, argued Mr. Crull, is failing to be sufficiently transparent and predictable, noting that in 2008, after it deregulated mainstream sports and news content, Bell bought CTV and other assets in part because it saw a financial opportunity; after the purchase, the commission re-regulated that content. He argued companies are not being treated equally, citing the fact that Cogeco is permitted to own five radio stations in Montreal while CRTC policies usually set a limit of four stations. And he said the commission is failing to be sufficiently forward-looking, not taking into account the projected growth of so-called over-the-top services such as Netflix.

And then he said this: "I expect the people who regulate our industry to understand our industry. I expect them to be students of the industry. I expect them to be intellectually open, honest, and curious." During the hearing, said Mr. Crull, "one of the panelists spent the entire time chiding us for not having a woman sitting at the main table, or not having a woman on the leadership team. It may be a worthy discussion for another time. But I don't know what that has to do with a multibillion-dollar acquisition of a media company.

"Another panel member spent the entire time asking us about journalistic integrity. And, as it turns out, there are no news assets that were being acquired from Astral. So there is a standard of intellectual clarity, capacity, honesty, curiosity that I think, if you're going to oversee a multibillion-dollar industry that's pretty important to things like employment, things like our country's competitiveness, things like investment and innovation, I think you should check those boxes."

Checking boxes is how Bell has grown so large. But what if the CRTC – and, okay, I'll say it, what if the citizens of Canada – want a company involved in the business of culture to treat assets as more than just, well, assets? When Jean-Pierre Blais, the CRTC's new chair, scolded Bell last week for failing to present a vision for how it would use the Astral radio assets, it seemed he and Mr. Crull were in different universes.

"We actually felt like, with more stations, we would have a great opportunty to develop talent across different genres, different stations, different markets," Mr. Crull said. "Grow radio personalities into television, to create home-grown Canadian talent. But he didn't ask us about that. And frankly, I didn't think that was one of the boxes you had to check to have this dialogue.

"What's really, really frustrating for me is, when Jean-Pierre was announced, I had a feeling of hope that he was a Canadian cultural champion and that he would champion the importance of Canadian media to Canadian citizens and society," he said. "Nobody in this country does more of it than Bell Media. I think you could argue that CBC does, but actually in pure dollars it's actually really close. Nobody spends more on Canadian content as a private broadcaster."

"So I was excited about his arrival and to have somebody that we could work with on that front."

If Mr. Crull and his colleagues at Bell Media are still hoping to work together with Mr. Blais, they're taking an interesting approach.

CRTC’s Astral decision not really about diversity of voices
October 23, 2012 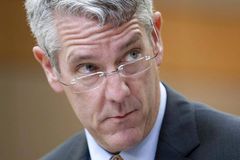 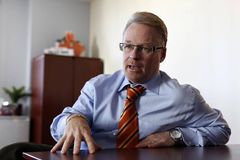