BCE Inc. vowed to protect its dividend strategy and consider other takeovers if last-ditch efforts to rescue a $3-billion bid for Astral Media fail.

Chief executive officer George Cope said it would be "premature" to declare the deal dead, because the companies have until mid-January to convince government officials that the country's broadcast regulator erred in rejecting the deal.

But if the deadline passes and the company hasn't found a way to push the deal through, Mr. Cope said the company could find another way to deploy the $2.5-billion line of credit it secured to fund the transaction as well as the hundreds of millions of dollars in free cash flow it is generating each quarter.

BCE executives said during hearings into the deal that owning Astral and its mix of radio and television assets would ultimately lead to higher dividends for investors.

With the deal threatened, there was concern that the company wouldn't be able to keep increasing its dividends without the extra cash generated by Astral.

After that, he said the company would look at topping up pension funds, doing tuck-in acquisitions and buying back its own shares.

"Those areas continue to be how we're prioritizing the capital," he said.

Since Mr. Cope took over in 2009, the company has spent $1.7-billion on buybacks, $2-billion on voluntary pension contributions and boosted its divided by 55 per cent. It also spent $1.3-billion to acquire CTV in 2010.

Neither BCE nor Astral are ready to move on just yet, weeks after the Canadian Radio-television and Telecommunications Commission said the deal would put too much power in the hands of one broadcaster.

They have appealed to cabinet to force the CRTC to revisit the decision, but a government spokesman repeated yesterday that "cabinet has no legal ability to overturn" the rejection.

If cabinet turns BCE away, the company could still turn to the Federal Court of Appeal. It could also put together a new bid that satisfies regulators, which could mean carving up Astral's assets with some of its other competitors.

"We are committed to see if there's a way to complete this transaction," Astral chief executive officer Ian Greenberg said Wednesday as his company reported its earnings.

BCE said yesterday it posted a $569-million profit in its third quarter as its wireless and Olympic-driven media division more than compensated for weakness in its traditional home phone business.

The Montreal-based company said profit slipped 12 per cent from the same quarter last year "mainly due to lower income tax expense" in 2011, and revenue increased 1.8 per cent to $4.3-billion.

The company's Bell Media media division had a particularly strong quarter thanks to advertising sales for the London 2012 Games. Revenue in the division was up 25 per cent to $546-million, although the company warned that advertising across the rest of its properties hasn't fared so well.

"Despite the positive impact on revenues from the Olympics during Q3, advertising sales across Bell Media's properties continued to be impacted adversely by a soft advertising market," the company said in a statement.

BCE said wireless net activations were up 17.1 per cent, while its earnings before interest, taxes, depreciation and amortization gained 15 per cent – the best third quarter of growth in five years. Data revenue increased 29.5 per cent.

Its Fibe TV offering saw its best quarter on record, with 42,973 activations bringing the total number of subscribers to the Internet-based television service over 200,000. 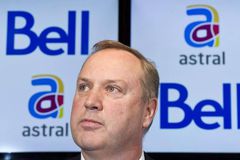 ANALYSIS
The BCE-Astral ruling: How Ottawa has grown grassroots
October 20, 2012 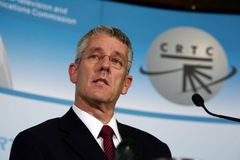