Research In Motion Ltd. launched a "comprehensive review" as the beleaguered smartphone giant missed earnings estimates for the fifth straight quarter, cut senior executive positions and announced the resignation of former co-CEO Jim Balsillie from the board of directors.

RIM issued fiscal fourth-quarter results that once again were far more grim than analysts had expected, as BlackBerry sales and shipments fell sharply amid intensifying competition, and writedowns tied to inventory and acquisitions left the company with a loss of $125 million (U.S.), its first quarterly loss since fiscal 2005.

CEO Thorsten Heins said he will consider a number of options to steer RIM through its difficulties. Those include possible partnerships and licensing agreements with other industry players. When asked about an outright sale of the company, he did not rule it out though he said that is not the "main direction" of the strategic review.

The drastic nature of the changes Mr. Heins is now contemplating underscore the extremely precarious situation in which RIM – once Canada's most valuable company – now finds itself.

"This is not without risk and challenges, and there's no guarantee of success," Mr. Heins said. "Given the challenges we face, we believe it is prudent to explore all the company's options."

The moves signal an attempt to put RIM on a new course that resets the company's role in the fast-changing world of wireless telecommunications. On a conference call with analysts – his first as CEO – Mr. Heins was frank about the enormous challenges facing RIM, which has lost swaths of market share to Apple Inc. and hardware makers running Google Inc.'s Android software.

The departure from RIM's board of Mr. Balsillie severs the company's last ties with the former co-CEO, who was instrumental alongside founder Mike Lazaridis in building RIM from an upstart in the late 1990s to a global wireless player. But his departure would not strike many as a surprise. Since the sales and marketing departments under his watch began to be targeted for layoffs last summer, it was widely expected that Mr. Balsillie, who did not respond to requests for comment, would leave the company.

Mr. Lazaridis, who became vice-chair of RIM's board when the two co-CEOs resigned in January, remains on the board in a role that sees him responsible for a committee focused on technological innovation.

RIM's revenue of $4.2-billion in the latest quarter fell far short of expectations, helping trigger a selloff of the company's shares in after-hours trading. Highlighting the company's challenges and cloudy outlook, RIM said it will no longer provide financial guidance for future quarters, noting "the company expects continued pressure on revenue and earnings throughout fiscal 2013."

Several senior executives, including chief technical officer David Yach and chief operating officer Jim Rowan have left the company. A source close to the company also told The Globe and Mail that many other senior vice-president and vice-president level staff were being let go.

RIM's management, Mr. Heins said, will now focus on RIM's core strengths – such as security and its popular BlackBerry Messenger instant-messaging platform – as RIM tries to prolong success in increasingly competitive emerging market strongholds and reclaim lost market share. The company will also streamline a highly corporate and complex workplace culture that is "not conducive to the efficient operation of our business," Mr. Heins said.

At the same time, Mr. Heins acknowledged that wireless carriers no longer prized many of the long-standing strengths – such as "push" e-mail, security and wireless data efficiency – that turned the BlackBerry into a globally recognized brand. Over the past year, even as RIM's stock price sank more than 70 per cent, the company had found renewed success in the global south – in markets such as Argentina, South Africa and Indonesia.

"However, this success did not go unnoticed by our competitors and there are now a number of handset vendors targeting the segment using price as their primary competitive tool," Mr. Heins said.

Because of that, Mr. Heins said RIM was going to introduce new versions of its current BlackBerry 7 phones into emerging markets as it attempts to fight back competitors such as China's Huawei Technologies, which is pushing aggressively into Africa and South Asia, as well as Latin America.

Mr. Heins has also essentially thrown open the door to a wide range of strategic possibilities that could in the future see RIM partner with hardware rivals by licensing its next-generation of its mobile software due out later this year. This would be an attempt to build scale for a platform that has failed to attract many third-party software application developers, which has resulted in a dearth of trendy "apps" on BlackBerrys and the company's PlayBook tablet. RIM would seek out partnerships particularly in areas where RIM has not been successful, such as in media consumption, Mr. Heins added.

The company also said it would focus on "what makes a BlackBerry a BlackBerry," and go after the enterprise market with a renewed focus as corporate clients increasingly adopt a BYOD – Bring Your Own Device – policy that has seen employees bring their consumer-focused iPhones and Samsung devices into the workplace. Analysts on the call pointed out, however, that employees were abandoning BlackBerrys precisely because RIM's competitors had made more consumer-friendly phones.

"We believe that BlackBerry cannot succeed if we try to be everybody's darling, and all things to all people," Mr. Heins said. 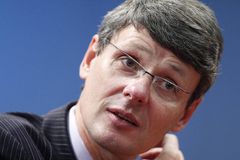 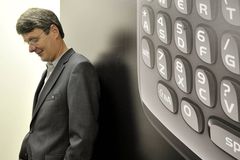 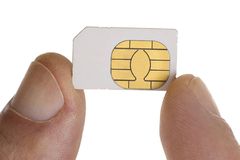 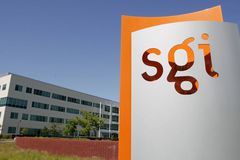 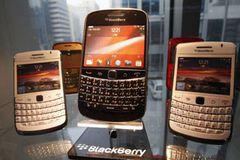