A long-awaited deal to avoid a U.S. fiscal crisis prompted a broad global market rally on Wednesday, with shares and commodities rising sharply while the dollar and safe-haven government bonds fell.

After a last minute scramble, U.S. lawmakers approved a plan on Tuesday to prevent huge tax increases and delay spending cuts that together would have pushed the world's largest economy off the "fiscal cliff" and into a likely recession.

European markets followed their Asian counterparts and rallied on the news, while futures prices pointed to Wall Street doing the same.

London's FTSE, Frankfurt's DAX and CAC 40 in Paris jumped between 1.7 and 2 per cent, pushing the pan-European FTSEurofirst 300 up 1.6 per cent and the MSCI world index up 0.8 per cent.

"This is great news for global growth and explains why shares and other growth-related assets are up strongly today," said Shane Oliver, strategist at AMP Capital.

Although the U.S. deal is not as far-reaching as markets had wanted, approval by the House of Representatives of a plan backed by the Senate allayed fears that Republican objections to the heavy emphasis on taxes rather than spending cuts could have scuppered an agreement.

Assets which are traditionally seen as more risky rose across the board, with oil up 1 per cent to $112, gold gaining $7 an ounce and copper up more than 2 per cent in its biggest daily rise in six weeks.

In currency markets, the euro rose as high as $1.33 (U.S.) as the dollar fell 0.5 per cent against a basket of major currencies.

The Japanese yen also continued its slide, hitting its lowest level since July 2010, as investors bet that the Bank of Japan would have to take ever-more aggressive easing steps to support the economy and satisfy the new government.

It was a similar story for government debt, where prices of higher-yielding Spanish and Italian bonds rose and the German equivalent, usually favoured by risk-averse investors, fell. The Bund future was on track for its biggest daily fall since September as it dropped 1.5 points to 144.21.

"The compromise is supportive for risk sentiment, as we've seen in a few markets already, and it should weigh on Bunds which should correct in line with (U.S.) Treasuries. Treasuries could even underperform," said Rainer Guntermann, a strategist at Commerzbank.

Data showing the euro zone may have slipped further into recession in the last quarter of 2012 failed to dampen the post-U.S. optimism.

Markit's Eurozone Manufacturing Purchasing Managers' Index (PMI) for December was revised down to 46.1 from an earlier preliminary reading of 46.3. The index has been below the 50 mark that divides growth from contraction since August 2011.

"Any significant recovery in manufacturing activity still looks some way off," said IHS Global Insight economist Howard Archer, adding that this strengthened the case for the European Central Bank to cut interest rates sooner rather than later.

In Asian trading, the U.S. budget deal had triggered a 1.9-per-cent rise in the MSCI Asia Pacific ex-Japan index of stocks , one of 2012's outperformers.

Hopes that stronger U.S. growth will help the global economy pushed Australian shares to a 19-month high. With the country's economy sensitive to global demand for its commodity exports, the Australian dollar also jumped.

Economists warn that plenty of reasons remain for investors to be wary. The U.S. Congressional deal averted immediate pain such as higher taxes for almost all U.S. households. However, automatic spending cuts of $109-billion in military and domestic programs were delayed for only two months, during which Congress must agree an alternative plan.

Mr. Obama urged "a little less drama" when Congress and the White House next tackle problems such as the rapid rise in the government's $16-trillion debt.

"It's not really much of a deal. They are simply kicking the can down the road," said Mouhammed Choukeir, Chief Investment Officer at fund manager Kleinwort Benson.

"They now have two months to agree on spending cuts, and given the Republicans allowed for higher taxes on the rich, it's now over to Obama and the Democrats to make some concessions. It's by no means over. It will still loom over markets for the next few months," he added. 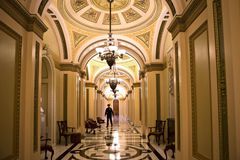 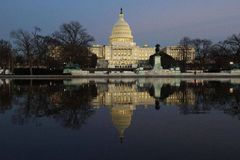 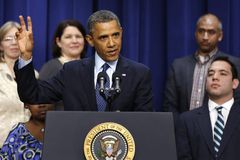 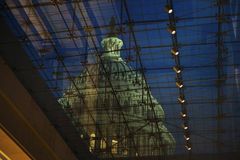