David Rosenberg says he hasn’t felt this pumped about a change in 17 years.

In 2002 – back when the BlackBerry ruled, Nortel Networks still roamed the Earth and you could buy 10-year U.S. Treasuries with a 4-per-cent yield – Mr. Rosenberg moved from Bay Street to Wall Street to become Merrill Lynch’s chief North American economist.

It wasn’t meant to be a long-term arrangement. “The deal with Rachael [his wife] was to go to New York for two years and during that period, I was commuting back on the weekends. And to show you how bad at math I really am, it turned into seven.”

But the stint turned him into one of the world’s most recognizable economists. His fame grew because of a series of prescient calls about the U.S. housing and credit bubbles, which eventually burst, bringing the financial industry to its knees in 2008.

In September of that year, Merrill Lynch – having failed to heed the warnings of its own economist – was brought to the edge of collapse before it was rescued with a takeover by Bank of America. In 2009, Mr. Rosenberg returned to Canada to join wealth management firm Gluskin Sheff + Associates, where he has spent the past decade writing about the longest U.S. bull market in history, and much else.

Now he’s going out on his own. On Jan. 1, he will launch Rosenberg Research and Associates Inc., an independent firm that will sell economic research and investment advice to investors and executives of all stripes. He’s starting with a base of more than 2,000 subscribers who receive his “Breakfast with Dave” morning newsletter and other writings, which he is bringing over from Gluskin. Anthony Faiella, a long-time portfolio manager and institutional salesman on Bay Street, will be the firm’s chief operating officer.

“Look, I’m at a stage of my career where I want to devote more time to what my passion is. And my passion is research, my passion is writing, my passion is speaking – all the above and connecting the dots between what’s happening in the broad economy and formulating a cogent and coherent investment strategy,” says Mr. Rosenberg, 59, who will start with six staff.

“I surround myself with a young team, so I feel like a kid again and I’m really excited.” (Unlike the kids, however, he still uses a BlackBerry.)

What he’s not excited about is the Canadian economy in 2020. Mr. Rosenberg sees an 80-per-cent chance of the economy dropping into recession next year, owing in part to mammoth levels of household debt, which will continue to be a drag on consumer spending. “It’s rather incredible that in this era of uber-low interest rates, Canadian households are spending 15 cents out of every after-tax dollar on servicing the debt, including principal,” he says.

The Globe and Mail spoke to Mr. Rosenberg about his outlook at his firm’s new office at Brookfield Place in Toronto. Here are the highlights (answers edited for brevity and clarity).

On why global growth will be sluggish next year:

Whether or not we get a technical recession in 2020, I think that it’s going to feel like one. ... We [are] starting to see some cracks emerge in the resilient U.S. consumer story.

Phase One [the nickname for the recent trade pact between China and the U.S.] is a façade. Brexit is a reality, but it’s hardly going to be smooth. So I think that is going to pose an ongoing cloud over the entire European economy.

China right now is facing an escalating wave of defaults, under an enormous debt burden and a food crisis which actually brought them to the table to get this agricultural deal done with the United States, which is really what Phase One is all about.

On signals he’s seeing in the credit markets:

We have a credit bubble of historical proportions in the household arena in Canada, where debt ratios are higher today here than they were at the peak in the U.S. in 2007. And in the United States we have the mother of all credit bubbles sitting on corporate balance sheets. You’re already starting to see spreads widening in the junkiest parts of the corporate bond market, which resembles very much the widening of spreads we were seeing in the worst part of the mortgage market back in 2007.

So this is all classic late-cycle or end-of cycle-stuff that’s going on. If things were really that rosy, why did the Fed cut rates three times this year?

On the risks in the stock market after a strong rebound in 2019:

My big calls, really, are what is out of fashion today. So I would say that you want to be de-risking your portfolio. You want to be focused on capital preservation.

You want to be long one L, which is liquidity, and short the other L, which is leverage, and have an understanding of how unusual it is to have a year where the stock market’s up 25 per cent in the context of a four-quarter earnings recession. [The S&P 500 is up 28 per cent so far this year.]

On how to invest next year:

You want what is scarce, and income is scarce. So I do want to be long equities that have strong cash flow characteristics ... companies that have low payout ratios, dividend growth, dividend yield in non-cyclical parts of the market are still very appealing to me.

I would not be investing in the major averages. I would say that you want to cull the portfolio to a handful of blue-chip stocks that are liquid, with strong balance sheets.

On the prospects for bond investors:

I still like the long end of the Treasury curve. I believe that the Fed, although it’s on pause right now, will be forced to cut rates, begrudgingly, before the year [2020] is done. So I think that we will get a steeper yield curve, but yields will melt right across the curve. [As yields fall, bond prices go up.]

I think people will be surprised at how weak the economy is next year and people will actually be surprised at how much inflation comes down, globally. So in that environment I want to own high-quality, long-duration bonds in parts of the world that are liquid and where there’s still a positive yield. And it just so happens that the United States fits that bill.

On where to find value in international markets:

I think Japan is a bona fide turnaround story that’s still undiscovered. And you actually want to own assets that are under-owned and undervalued and underappreciated. Everybody seems to just gaze at the S&P 500, the Dow and the Nasdaq without realizing that there are other markets in the world.

On his reputation for being always bearish:

It’s actually not really true. What’s interesting, though, was that [from] 2012 to 2017, I was actually bullish [and] a lot of people thought it was an act. They didn’t believe it. ... It was like taking Al Pacino and putting him into a romantic comedy role. 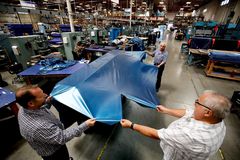 OHIP is changing in 2020, so make sure you have proper travel insurance for your winter getaway
December 27, 2019 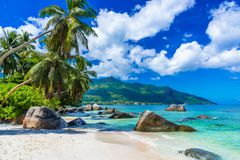 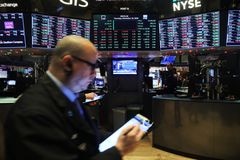