The burgeoning asset class of cryptocurrencies has been given a boost in credibility thanks to the CFA Institute expanding its global curriculum to include courses in blockchain and virtual currencies.

The Chartered Financial Analyst (CFA) credential is considered a gold standard in investment designations in 65 countries. To date, more than 150,000 individuals have completed the course worldwide, including 18,789 Canadians.

Starting in 2019, the program will include a new chapter called Fintech in Investment Management, and include topics on cryptocurrencies and blockchain in both the Level I and Level II curriculums for the first time.

Stephen Horan, managing director for general education and curriculum at CFA Institute in Charlottesville, Va., said in an interview with Bloomberg News that the CFA decided to add the topics after industry participants, in surveys and focus groups, showed surging interest. He said the new material for the 2019 exams will be released in August, giving candidates their first opportunity to start logging the 300 hours of study time that the CFA currently recommends.

The CFA material on crypto and blockchain will appear alongside other fintech subjects including artificial intelligence, machine learning, big data and automated trading, Bloomberg reported. Other crypto topics, such as where virtual currencies and economics intersect, may be added to the curriculum at a later date.

“The finance sector has been reluctant to adopt or sometimes even acknowledge new technology,” Neville Jones, chief investment officer of robo-adviser Wealthbar, told The Globe and Mail. “There’s been a lag, where financial professionals aren’t being taught what happens in the real world. This is a great sign that fintech is gathering steam.”

Wealthbar doesn’t include cryptocurriences in its portfolios, but Mr. Jones, who obtained his CFA designation in 2011, says it is a new asset class that has gained mainstream appeal.

“Right now, it’s too volatile, but cryptocurrency is part of the overall innovation we’re seeing in fintech. Blockchain has considerable potential to improve operations and infrastructure within the financial sector; and understanding how fintech, blockchain and cryptocurrencies all work, along with their applications, would be a great tool set for any finance professional.”

The inclusion of the sector by the CFA brings credibility to a segment of the market that many have been watching from the sidelines. Cryptocurrencies grabbed the attention of many investors in 2017 when bitcoin hit a peak of more than $20,000 – only to tumble back down to less than $8,000 this year.

“This is almost the CFA Institute saying that cryptocurrencies are now officially a new asset class, like infrastructure or commodities,“ Martin Lalonde, portfolio manager and president of Rivemont Investments, said in an interview.

“It is very bullish for the sector. CFA Institute is one of the most rigorous and conservative organizations in finance. Having them include cryptocurrencies in their curriculum is a big stamp of approval.”

Mr. Lalonde launched an actively managed investment fund for accredited investors last December that trades in cryptocurrencies such as bitcoin, ethereum, litecoin and ripple. He believes all portfolios will contain cryptocurrencies over the next four to five years. “Now, with more finance students learning about the asset class earlier in their career, that could happen faster,” he added.

Brian O’Hagan, marketing manager for CoinHouse, an online cryptoasset investment platform, says there has been a surge in interest for general education in both cryptocurrencies and blockchain by the banks and insurance companies in Europe.

“Institutional interest for this asset class is growing – as a consequence, large companies need to educate the teams that will work on this new asset class,” he said in an e-mail. “Student interest is increasing for these new technologies and we see many universities adding crypto investment courses. Now the CFA is following suit because cryptoassets are part of our new financial landscape and are here to stay.” 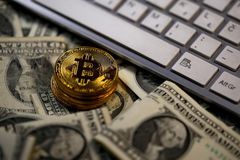 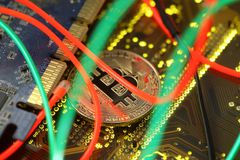 Jack Dorsey is all in on bitcoin as currency of the future
May 16, 2018 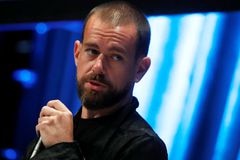