It’s not exactly a shock that Charles Schwab Corp. and TD Ameritrade Holding Corp. are seeking comfort in each other’s arms. Both of the big U.S. retail brokers are under pressure from fierce competition and falling fees, driven in part by the industry-wide march to low-cost index investing.

Investors may want to play the other side of this trend. Rather than betting on the uncertain potential of the Schwab-Ameritrade merger over the next few years, they might want to consider a couple of companies that are directly benefiting from the rise of indexing.

MSCI Inc. and S&P Global Inc. construct the market indexes that many index funds and exchange-traded funds use as benchmarks. Those funds pay for the privilege of using an MSCI or S&P index, as do institutional investors that want access to the real-time data and advanced analytical tools that MSCI and S&P Global also offer.

For the two index builders, it’s a sweet business, built on intellectual capital that doesn’t wear out, with customers who tend to remain loyal, year after year. Those advantages are reflected in the eye-popping performance of the indexing giants since 2014.

MSCI has generated a total return of 41.9 per cent annually over the past five years, according to Bloomberg data, while S&P Global has produced a total payoff of 24.8 per cent a year over the same period. Both have vastly outperformed Charles Schwab and TD Ameritrade.

Mind you, the two retail brokerages are not exactly sad sacks – Schwab shareholders have enjoyed an annual average total return of 12.6 per cent since 2014, while TD Ameritrade investors have reaped a 10.4-per-cent annual average payout. But both of the brokers are now encountering industrywide headwinds.

The biggest of the headwinds is the fierce competition for customers that has driven fees for trading stocks toward zero. In early October, Schwab eliminated most trading commissions. Its major competitors, TD Ameritrade, E-Trade Financial Corp. and Fidelity Investments Inc., quickly followed suit.

Rather than charging people to make stock trades, the retail brokers now rely heavily on the profits they generate by acting in many ways like banks. They pay clients a small amount on their uninvested balances, but then invest those balances at significantly higher rates. Other sources of revenue include peddling asset management services to clients, and selling streams of customer orders to high-speed brokers for execution.

All these businesses are still capable of generating profits, but the impact from forgoing commissions will leave a substantial gap at Schwab, Ameritrade and E-Trade. “The final leg in a decades-long race to zero commissions will create a combined revenue hole" at the three online brokers of around US$1.6-billion a year, Moody’s Investor Service said in a recent report.

No wonder, then, that the brokers are now focused on cutting costs. Schwab and Ameritrade said on Monday they hope the merger will reduce their combined cost base by as much as 20 per cent.

The problem for investors is that the gains from cutting costs tend to be one-time events. After the two companies merge – and assuming no antitrust backlash – they will still be faced with fierce competition from the likes of Fidelity and Vanguard Group Inc.

They must also confront investors’ growing affection for low-cost index funds and exchange-traded funds. Both of those investment vehicles are far cheaper than mutual funds with flesh-and-blood managers. According to Morningstar, the typical U.S. index fund charges a mere 0.18 per cent a year, compared with 0.78 per cent for the average actively managed fund. Those lower fees are great news for consumers, but leave substantially less money on the table for brokers and others in the investment industry.

So what can a stock-picking investor do in this scenario? It’s not silly to bet on the potential of the combined Schwab-TD Ameritrade goliath. However, betting directly on the rise of low-cost indexing could have even more appeal.

The market is certainly telling that story. Over the past year, Schwab (up 17.4 per cent) and TD Ameritrade (up 4.3 per cent) have made decent gains. But S&P Global (up 56.4 per cent) and MSCI (up 78.3 per cent) are surging. For now, riding that undeniable momentum seems like a more attractive bet than trying to foresee the murky future of the U.S. retail brokerage industry.

As a seismic shift in retailing continues, this stock is worth targeting
Subscriber content
November 25, 2019 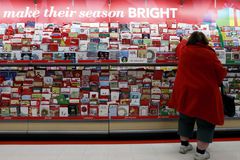 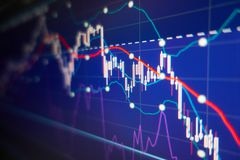