Investment regulators are being widely criticized for being too lenient after announcing a $1.1-million settlement with Royal Mutual Funds Inc. for the company offering higher commissions to advisers to sell its own proprietary funds.

Last week, the Ontario Securities Commission found that during November, 2011, to October, 2016, Royal Mutual Funds Inc. (RMFI) – which is wholly owned by Royal Bank of Canada – contravened regulatory rules by offering and paying representatives 10 basis points more in commissions for the sale of units in its RBC Portfolio Solutions funds than for the sale of units of third-party funds.

But many in the investment community – including RBC clients – are saying the OSC did a disservice to the industry by not having a stiffer penalty to deter similar behaviour in the future.

Per regulatory rules, a mutual-fund company is prohibited from providing incentives to any of its reps to recommend its own mutual funds over other funds for which it is a participating dealer.

“The $1-million fine is so disproportionately small compared to the benefits enjoyed by RFMI,” says Dan Hallett, vice-president and principal with HighView Financial Group.

“Even more surprising about the settlement is that the regulatory rules are quite clear in this case – this is not something that requires interpretation, like some of the other breaches we have seen come up recently in the industry. There is no grey area here. By offering extra commissions to sell proprietary funds it is a direct and outright breach of that rule.“

Over the past year, several mutual-fund companies have been fined for excessive spending in their mutual-fund sales practices that resulted in penalties between $800,000 to $1.5-million.

Ken Kivenko, a prominent investor-rights advocate who assists victims of financial crimes, estimates that as a result of the extra incentive payouts, RBC could have made approximately $122.5- million in revenue for its subsidiary RMFI. He describes the settlement as one of the worst cases he has seen in the industry.

“What rational financial institution would not pay a $1.1-million fine if the illegal act that generated more than $122-million in revenue?” Mr. Kivenko says. “With enforcement like this, how can retail investors have confidence in the system or feel that it is possible to achieve any progress in improving/reforming the system?”

According to RMFI in the settlement agreement, the enhanced compensation was intended to encourage in-house representatives to recommend the RBC funds when they were consistent with client’s investment goals. The OSC, along with the Mutual Fund Dealers Association of Canada (MFDA), became aware of the payments during a 2016 targeted review of MFDA members’ compensation and incentive programs, at which time RMFI ended the enhanced compensation for proprietary funds.

In its oral reasons for approving the settlement, the OSC included the elimination of the incentive program for its financial planners in its list of mitigating factors, as well as RMFI reporting the enhanced compensation to the OSC following the inquiries by MFDA staff.

In addition, the OSC stated that the increase in compensation had no bearing on fees charged to clients for any of the funds, and there was no harm to clients as a result of investments in the proprietary funds.

“The trust and loyalty our clients place in RBC is core to our purpose as a company,” said RBC spokesman A.J Goodman. “As the OSC noted, the program had no bearing on fees paid by clients and did not harm them. We work hard to provide clients with advice and solutions aligned with their financial goals and priorities.”

But many disagree that providing financial incentives to sell propriety funds doesn’t directly harm the client.

“This falsely assumes that all the proprietary royal mutual funds sold were, or would have been, a better investment than the alternative third-party mutual funds,” says Peter Whitehouse, an investor advocate in Ontario. “There is a far greater disconnect between the OSC information of the penalties they glibly reported and the immense financial benefits gained for the Royal Bank ownership of the Royal mutual funds. “

Frank Allen, executive director of the Canadian Foundation for Advancement of Investor Rights, agrees that the assumption that there was no harm done to clients is unfounded.

“Investor protection is a core responsibility of the OSC and this settlement was able to proceed without the interests of the clients affected by RMFI’s admitted breaches of securities law being determined and considered,” Mr. Allen says. “Staff’s failure to allege any harm to clients should not have been treated as a mitigating factor.”

One RBC investor says the federal government should step in and provide an independent watchdog for investors.

“Clients were likely harmed by this skewed advice since their [adviser] had blinders on while giving it,” says Debra McFadden, an RBC investor from Ontario. “RBC knowingly broke the very crystal clear rule on the record and when caught, the wrist slap penalties are not a deterrent since the gains are still so great. … It is shameful.” 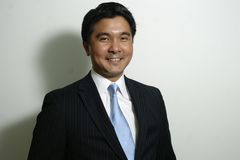