A takeover bid for Hudson’s Bay Co., announced Wednesday, adds to the growing swell of optimism in global markets.

In other action, drug maker Novartis AG bought Medicines Co. for US$9.7-billion, while Viagogo AG purchased eBay Inc.’s ticketing business StubHub for US$4.1-billion. And those are just some of the transactions that have transpired since Monday.

The outburst of acquisition fever among chief executives signals that they are seeing a more positive outlook for global demand than anyone was counting on three months ago.

Back in August, a plunge in gauges of purchasing managers’ sentiment, combined with flashing red lights in the U.S. bond market, fuelled fears that a recession was looming.

Investors flocked to the shelter of fixed-income investments, even at sub-zero interest rates. At the market’s darkest point in late August, the amount of negative-yielding bonds around the world topped US$17-trillion.

Now that pessimism is rapidly unwinding. The world’s inventory of negative-yielding bonds has faded to US$12.6-trillion. The deterioration in purchasing managers indexes is levelling off, and some gauges are showing modest signs of improvement.

The U.S. yield curve, a wonkish measure of bond market sentiment, is also sending out better signals than it was this summer, when it inverted its normal pattern. Inversions in the curve have historically been an excellent indicator of a recession ahead, so the curve’s recent move out of inversion and back to a more normal state may be a sign that the outlook is improving.

Also upbeat is the strong bounce in the Korea Composite Stock Price Index, or KOSPI, since August. The South Korean benchmark can be a weather vane for the global trade outlook, because of Korean manufacturers’ heavy dependence on exports. Its 11-per-cent gain over the past three months suggests investors are shedding their fears of a devastating outcome to the U.S.-China trade wars.

But is the surge in optimism a realistic reaction to what seems, all things considered, to be only a mildly improved outlook? For all the deal-making that has erupted in recent days, and despite record-setting stock markets in Canada and the United States, it’s not entirely clear that the fundamental prospects for the global economy have improved by that much.

Investors appear to be putting an immense amount of faith in central banks’ ability to keep the good times going. In the U.S., China and Europe, policy makers have cut interest rates in recent months to boost growth. But interest rates have been radically low for a decade now and it’s not certain that a few additional trims can accomplish much.

Maybe investors are getting a bit ahead of themselves. In a note this week, Man Group PLC, the British hedge fund operator, pointed to the Bank of America Merrill Lynch Global Risk-Love Indicator, which attempts to gauge investors’ appetite for risk by examining data on everything from investor surveys to volatility readings. The indicator recently moved back into what its creators label “euphoria” territory – normally a sign that it is a good time to sell.

Recession risks may be falling, but they remain real, according to S&P Global’s U.S. Business Cycle Barometer. The barometer’s latest reading, published Monday, pegs the probability of a U.S. recession in the coming 12 months at between 25 per cent and 30 per cent. That is down from 30 per cent to 35 per cent in August, but still substantial.

This week’s flurry of deals suggests chief executives aren’t living in fear. They are plunging ahead with acquisitions premised on the notion that the future is at least somewhat bright. Here’s hoping they will be right. 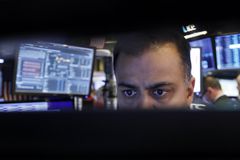 How markets now are like the 1930s, what strategists predict for the TSX next year, and Canadians retreat from foreign equities
Subscriber content
November 28, 2019 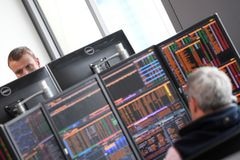