What is art? Philosophers and critics can debate this forever, but as a young actor, Peter Krantz learned that for him, the answer was simple – art is a framed photo of Marilyn Monroe.

It turned out to be a pretty picture for Mr. Krantz in more ways than one.

The photo, taken by fashion photographer Richard Avedon in 1957, is not just one of the most recognized images of the actress in the world. It also has turned out to be a handsome investment.

“I bought it in the summer of 1981 when I had my first job with the Shaw Festival Theatre company," in Niagara-on-the-Lake, Ont., recalls Mr. Krantz, who is now in his early 60s and spent nearly three decades with the Shaw. “Yes, it was an investment, but that’s not why I bought it. I knew it would never go down in value, but it cost me $3,000 at a time when I was starting out and wasn’t really making any money.”

You have probably seen the photo. It’s a striking black-and-white image of Ms. Monroe taken when she was at the height of her fame. It has been described as “the most honest picture ever taken” of her. Mr. Avedon, who died in 2004, recalled that during the photo session, “she danced and sang and flirted … she did Marilyn Monroe.”

But “then there was the inevitable drop. She sat in the corner like a child, with everything gone. … I walked toward her, but I wouldn’t photograph her without her knowledge of it. And as I came with the camera, I saw that she was not saying no.”

In 2016, Mr. Krantz contacted the auction house Sotheby’s, which put together a sale of what it called an “unrivalled collection of iconic works” and included the Avedon print, which was signed and numbered “8/25” with the photographer’s copyright. Mr. Krantz’s $3,000 investment fetched £77,500 ($136,000 at current exchange rates), according to British media.

Mr. Krantz is, of course, satisfied that the photo was a great investment. “Not only did it appreciate greatly in value, I also got to enjoy it on my wall for all those years,” he says.

Art can indeed be a great investment for buyers whether they are 30 years old or 60, but investors should be clear about the pros and cons of plunging into the market, says Barbara Astman, a mixed-media artist and professor at OCAD University in Toronto.

“If you’re a young collector, you should buy what you like. But if you don’t have loads of money you should be aware that even if you like what you buy, it might not work out as an investment,” says Prof. Astman, who has also served as a board member at the Art Gallery of Ontario, which holds some of her works.

“It’s going to be a gamble, so buy something because you love it, and if you’re lucky it’s going to turn into an investment,” she adds.

Investors who want to become serious collectors should seek professional advice from a reputable dealer if they hope to build a collection that has significance, whether financial or artistic.

Just as you wouldn’t fly your own plane if you’re not a pilot, you should not rely solely on your own hunches to buy art, says David Heffel, president of Heffel Fine Art Auction House in Toronto. You should also put more weight on the emotional rather than the monetary value that art may bring, he adds.

“The financial benefits that might come from the acquisition or sale of art are secondary,” says Mr. Heffel, whose firm is a leading dealer of high-end Canadian art.

“The primary consideration is to be passionate about visual arts, to the point where when you see something available in a gallery, you want to take it home and share it with your family and friends,” he says.

Collectors should also bear in mind that their taste in art might be different when they are 30 than at age 60, Mr. Heffel adds. “I’m 57, and I know that my tastes today have migrated since I was in my 30s. Chances are that I’m still passionate today about some of the things I cared about back then, but my depth of understanding and context have grown.”

Conversely, collectors have a better chance at 30 to see the works they buy reap financial rewards than those they might buy at 60, even if they can afford more prestigious works at the later age, Mr. Heffel says.

“In the art world, 30 years of financial appreciation can do wonders, and you also get the enjoyment of the art for longer,” he says.

Collectors who buy and then donate legitimate works of art to museums and galleries can benefit from tax advantages, Prof. Astman notes. The rules can be complicated, however, and they are different than those in the United States. That’s another reason for serious investors in art, whether age 30 or 60, to work with a professional dealer, Prof. Astman and Mr. Heffel say.

Most importantly, they say, there’s one main reason to buy art – to enjoy it. 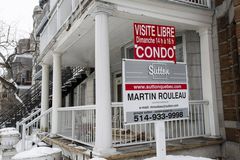 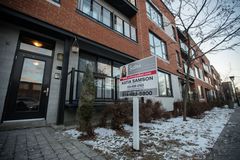 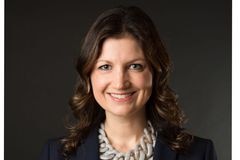 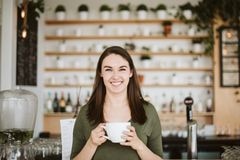 Risk tolerance in investing comes down to age and attitude
January 28, 2019 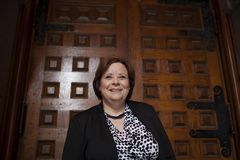 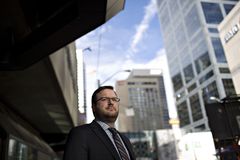