Saudi Aramco, the world’s biggest oil company, ended trading Monday with a market value of over US$2-trillion, a worth that had eluded it when it took its shares public.

Shares in the company closed at 38 riyals, or about US$10.13, giving the company a valuation of US$2.03-trillion on the Saudi exchange.

The company made its market debut Wednesday at a value of US$1.88-trillion. Resistance from global investors and Western advisers forced the company’s leadership to settle for a valuation below the target of US$2-trillion set by the kingdom’s chief policy maker, Crown Prince Mohammed bin Salman. But in four trading days, strong demand, mostly from Saudi retail and corporate investors, pushed the shares above the prince’s goal.

Aramco, whose roots date to the discovery of oil in Saudi Arabia in the 1930s by U.S. prospectors, is a rare case of an old-line company that tops technology giants in market value. With a near monopoly on production in the world’s leading oil-exporting nation, Aramco is worth far more than Apple or Microsoft, each valued at about US$1.2-trillion. It also far outstrips the combined worth of five of the largest Western oil companies, Exxon Mobil, Chevron, Total, BP and Royal Dutch Shell.

Analysts attribute Aramco’s high valuation in part to its unmatched profitability. The company reported US$68-billion in net income for the first nine months of 2019. Aramco marries very low costs – largely attributable to its matchless oilfields – to far higher output than any other oil company, resulting in a cash-spewing machine.

In these early days, analysts say, the company may also be benefiting from a different trading environment than experienced by its publicly listed Western rivals. The Saudi exchange is relatively small, and only around 1.5 per cent of Aramco shares are being traded. With the government and Saudi banks doing whatever they can to encourage and prod investors to buy and hold on to the shares, there is little surprise, analysts say, that their price has been rising.

Local brokers say Saudi investors believe that the national oil company has a bright future, whereas their counterparts in the United States and Europe are becoming increasingly skeptical about the prospects of fossil-fuel companies as concerns about climate change increase.

Even with the US$2-trillion mark reached, the prince has not achieved all that he set out to do. For instance, he has fallen short of his goal to bring in international investor funds for schemes such as his giant real estate projects and other efforts to diversify the economy away from oil.

“The victory has been somewhat Pyrrhic, with Saudi rather than overseas institutional investors participating in the initial IPO,” analysts from Bernstein, a market research firm, wrote in a note to clients Thursday.

Analysts say the shares may remain at what some consider elevated levels for some time. Saudi retail investors, for instance, are being offered a bonus share for every 10 shares they buy and hold for six months up to a ceiling of 100 shares – an incentive not to sell. And the government is determined that the IPO be scored a success and that the millions of Saudis who invested do not have cause for regret.

There are signs that traders are using the government’s support of Saudi Aramco’s stock to make almost risk-free bets. For instance, Boubyan Petrochemical, a Kuwaiti company, revealed in a Kuwaiti stock market disclosure Thursday that it had sold about 3.3 million shares of Saudi Aramco stock, reaping 1.6 million Kuwaiti dinars in profit, or about US$5.3-million.

These short-term effects may eventually wear off, although the Saudi government will be reluctant to see local investors burned after they bought into the crown prince’s prize project.

“Aramco could trade in a league of its own for some time, but the stock market is a weighing machine in the long term and the laws of economic gravity will eventually apply,” the Bernstein analysts wrote. 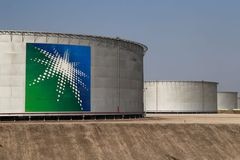 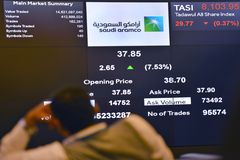 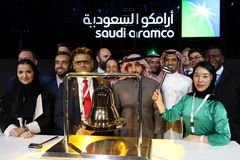