Investors seeing more upside in surging natural gas prices can look to exchange-traded funds offering exposure, while avoiding the complexities of trading the commodity on the futures market.

Supply shortages heading into the winter-heating season recently sent natural gas futures soaring above US$6 a million British thermal units on the New York Mercantile Exchange, their highest level in more than a decade and more than double the price compared with this time last year.

Prices have since retreated, but some forecasters expect prices to remain high amid concerns over gas-rationing pricing, which is when companies hold back inventory to meet demand.

“I don’t think anybody is too late to invest [in natural gas],” says long-time energy investor Dale Roberts, who is also behind the ETF-focused blog Cut the Crap Investing.

Still, the commodity is “super volatile” and “likely won’t rise like this forever,” says Alan Fustey, portfolio manager and ETF strategist with Adaptive ETF in Winnipeg, who recommends investors betting on the commodity have an exit strategy in mind.

Here are six natural gas ETFs for investors seeking some exposure to the commodity:

The only Canadian-listed, pure-play natural gas ETF, HUN offers exposure to the performance of the Solactive Natural Gas Winter MD Rolling Futures Index ER, while hedging to Canadian currency. Mr. Fustey says a concern with HUN and some other natural gas commodity ETFs is the small number of assets.

It means the ETF may not have a lot of trading activity, which can lead to wider bid/ask spreads that can cause tracking errors and “an overall lack of liquidity,” he says.

Mr. Fustey also notes that HUN and most other commodity ETFs don’t reflect the movement of daily spot prices, which many investors may not realize.

Horizons says HUN invests only in the January contract, which it states is the most liquid month, and that it “does its underlying exposure roll once per year, every November.”

The ETF provider said the strategy aims to avoid “negative roll yield” associated with contango, which is when the futures price of a commodity is higher than the spot price.

Contango is a common problem for futures-based ETFs, Mr. Roberts says, leading to a fund “not tracking the commodity’s price as closely as it should.”

It means the fund has “to pay the piper every single time it’s rolling contracts if the commodity is in contango,” she says, because the fund is selling contracts for less than it can purchase new ones.

However, this exposure can work in UNG’s favour when the natural gas market is in so-called “backwardation,” which is when current price of an underlying asset is higher than prices trading in the futures market. That’s because the fund is rolling existing contracts into new ones at a lower price.

Overall, UNG’s strategy involves more turnover of its assets, which is why it has a higher MER versus its category peers.

UNL offers another variation of futures exposure, holding a basket of contracts spread out over 12 months.

“The ETF still has to roll from the front-month into the next nearest month [contract], but that’s only a 12th of its portfolio,” Ms. Crigger says.

As a result, contango is less impactful on performance, but “roll costs can be substantial and eat into returns” and leading to a higher MER, she adds.

GAZ offers exposure to natural gas futures price movements through an exchange-traded note (ETN), which is an unsecured debt note issued by an institution, similar to a bond.

As a result, the ETF’s MER is lower than HUN, UNL and UNG. Yet, unlike its peers, GAZ’s ETN framework involves counterparty risk, in which the issuer of the note defaults.

Its small AUM could also be a concern for investors. Still, GAZ “is an overlooked option for those who want to invest in natural gas prices but don’t want to tangle with futures,” Ms. Crigger says.

Holding shares of energy companies with significant natural gas revenues, FCG “is probably as pure-play as you’re going to get” for an equity-based ETF, Ms. Crigger says.

Among its 38 holdings are ConocoPhillips, the world’s largest independent exploration and production oil and gas firm, and Dcp Midstream, LP, which transports, stores and sells natural gas.

One challenge Mr. Fustey points out is that equities don’t always move in lockstep with their underlying commodity prices. “Just because prices are rising doesn’t mean you will see the same pop,” he says.

Yet FCG’s has had a strong performance recently and is considered more stable given its much larger asset size compared to many of its natural gas ETF peers.

“Because it’s equal-weighted you get a little more natural gas” than those tracking market-cap-weighted indices, he says.

In fact, its allocation formula slightly favours natural gas with Tourmaline Oil Corp., Canada’s largest natural gas producer, as one of ZEO’s largest holdings, with about an 11-per-cent weighting (as of Oct. 6). It also holds natural gas pipeline providers such as Enbridge Inc. and Keyera Corp., at about 9 per cent each.

“You’re always going to get that blend with energy ETFs,” he says. “But if the idea is to hedge against inflation” with both commodities’ price often rising along with it or even faster, “it’s probably a plus.”

Five ETFs for investors looking to bet on the infrastructure boom
September 10, 2021 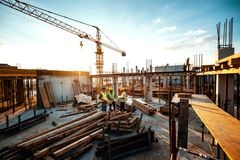 REIT ETF picks to benefit from the shift to hybrid work
September 14, 2021 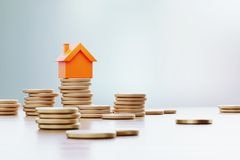 Is cheaper better when it comes to picking ETFs?
September 14, 2021 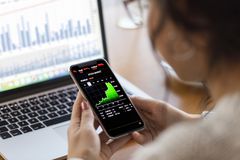