The bull market still has legs. That’s the take of Credit Suisse Group AG, which recently advised its high-net-worth clients to beef up equity allocations in their portfolios if they missed out on the bull market so far.

Given it’s the United States’ equity market that largely holds sway over the direction of equities globally, we asked three experts to recommend six exchange-traded funds (ETFs) that will ride the ongoing bull south of the border.

Mr. Fustey offers two ETFs that take a strategic approach to accessing U.S. equities rather than a passive strategy mirroring an index such as the S&P 500. “Each of these ETFs has the opportunity for capital appreciation if the U.S. equity market continues to advance,” he says. “The recommendations are differentiated by the potential volatility that each security is designed to exhibit in pursuit of return.”

This New York-listed ETF tracks large- and mid-cap stocks with the potential to exceed the performance of the broader market. “The underlying philosophy is based on the belief that stocks that have recently performed well may continue to produce strong performance in the near term, relative to stocks with weaker performance,” Mr. Fustey says. The momentum screen comes relatively cheap with a management expense ratio (MER) of 0.15 per cent, compared with 0.09 per cent for the broad-based, purely passive BMO S&P 500 Index ETF. That’s a small price to pay for potential outperformance of the S&P 500, though superior performance is, of course, not guaranteed. Moreover, Mr. Fustey notes this ETF may underperform if markets remain volatile, which negatively affects momentum stocks more than their benchmark.

If volatility is a concern, this Toronto-listed fund provides exposure to low-beta-weighted stocks. “Beta measures the security’s sensitivity to market movements,” Mr. Fustey says. Using a rules-based methodology to select the 100 least-market-sensitive securities among the largest U.S. stocks, the ETF is designed to perform better than a broad-based index in periods of wild price swings. Its drawbacks include a relatively high MER – 0.33 per cent – compared with purely passive ETFs. If markets heat up, the extra basis points will be all for naught as it will likely underperform less costly, passive ETFs mirroring the S&P 500.

Mr. Mordy agrees the bull market isn’t dead yet. Still, he argues the U.S. will lag behind other markets mainly because the Federal Reserve is likely to raise interest rates more than other central banks, which would likely dampen the upside of its equity market. “The technology darlings are also under pressure and could face heightened regulation if voters start to view them as monopolists abusing power,” he says. “All that said, we would still consider some U.S. equity exposure,” though certain sectors may have more upside than others.

One sector that would benefit from more hawkish monetary policy is financials. Mr. Mordy says this fund, which is listed in New York, is a good choice because it offers low-cost exposure to U.S. financials (the MER is 0.13 per cent). “It is now clear that the Trump administration’s reduced regulation will be a key support,” Mr. Mordy says. Of course, like so many other sectors, financials would take a hit if the economy fell into recession. In fact, the sector might experience an even tougher time than others because of the associated credit contraction as businesses and consumers borrowed less and defaults rose.

The housing sector could be another potential winner, Mr. Mordy says. Among the positives is that builders have increased access to credit, which allows them to expand while banks continue to loosen construction loan standards, “particularly for single family units.” Tax cuts will also buoy builders. The iShares ETF provides broad-based exposure, holding 47 publicly traded companies, and the MER is 0.44 per cent. Ironically, a continuing bull market is also a risk because it could lead to higher than expected inflation, increasing materials costs and leading to the Fed hiking interest rates even higher, which could reduce the number of buyers able to afford homes.

Mr. Prevost says it’s hard to predict when the bull market will end. “The math is pretty clear on the fact that most investors are really bad at predicting market ups and downs,” says the co-founder of Young and Thrifty, aimed at younger DIY investors seeking ETF strategies. “Consequently, I’ll continue to rebalance my couch potato portfolio, buying and selling units of very cheap and diverse ETFs.”

With an MER of 0.04 per cent, this fund is hard to beat on price. Additionally, few other ETFs offer as wide-ranging exposure to the U.S. market. It holds more than 3,600 stocks with an average annual yield of about 1.8 per cent from dividends. “If you want the simplicity of keeping your money in Canadian dollars, I recommend the Canadian version of the same index fund,” he says of the VUN.

Although Vanguard’s Total Stock Market fund gives investors a diverse portfolio of U.S. stock in one fell swoop, it is short on real estate. Mr. Prevost suggests that in addition to owning a low-cost, diversified equity ETF and a bond market counterpart, investors could look to Vanguard’s real estate ETF. It provides exposure to publicly traded real estate investment trusts (REITs) across several sectors, including health care, industrials, office, residential, and hotel and resorts. It’s a cheap way to own U.S. real estate, with an MER of 0.12 per cent.

A balanced portfolio with just one fund? It can be done
April 23, 2018 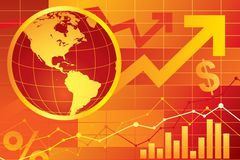 ‘Barbell’ strategy can pump up your portfolio
May 2, 2018 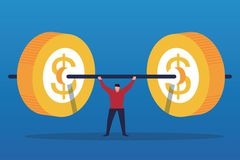