As the largest shareholder in SNC-Lavalin Group Inc., the Caisse de dépot et placement du Québec has been the biggest loser of the company’s share-price collapse. But some retail investment funds are also feeling the pain of SNC’s deep problems.

Topping the list is the investment management arm of the Royal Bank of Canada, now SNC-Lavalin’s second-largest shareholder. RBC funds collectively owned 16.6 per cent of the company, or 29.2 million shares, as of May 31, according to regulatory filings.

The filings show that RBC Global Asset Management funds were heavy buyers of SNC-Lavalin stock through the spring, as the share price declined because of unexpected losses on contracts and a political controversy over its attempts to get a deferral of criminal charges it faces. The bank’s fund managers bought 7.6 million shares in April and another 4.6 million in May.

It isn’t clear how many of the bank’s funds were responsible for the buying, but one RBC fund that made a big bet on the engineering company was the PH&N Absolute Return Fund, managed by Hanif Mamdani, RBC Global Asset’s head of alternative investments.

In a letter to unit holders in June, Mr. Mamdani described SNC-Lavalin shares as “one of the most dislocated situations we have seen since the 2016 oil bust” and said the price of the stock is “nonsensical.” He wrote that, excluding the value of the company’s “world class” assets – including its stake in the tolled Highway 407 in Ontario (16.77 per cent at the time) – investors were ascribing a negative value to SNC’s engineering and construction business.

In July, however, SNC-Lavalin disclosed deeper-than-expected problems in that business, said it would stop bidding for certain kinds of contracts and would reorganize its poorly performing resources and infrastructure units. The company withdrew its financial guidance and said it is considering selling its oil and gas business, on which it took a huge writedown – leading to a $2.1-billion second-quarter loss.

“Unfortunately, as we are learning, the current … market can punish stocks mercilessly if sentiment is sufficiently negative,” said a quarterly commentary to investors of the $1.6-billion PH&N fund, which lost 4.6 per cent in the second quarter. RBC Global Asset Management declined to comment.

One trouble spot for SNC-Lavalin has been lump-sum turnkey (LSTK) projects – contracts for which it is responsible to pay costs that go over initial estimates. It’s a business SNC-Lavalin is exiting, but it needs to finish the contracts already in place. Those have the potential to incur more losses, and investors don’t know how much more because the contracts aren’t public.

MD Financial Management, which is now owned by Bank of Nova Scotia, and Fidelity Investments appear to have made the same wager, increasing their stake in SNC-Lavalin.

MD bought 1.28 million shares to quadruple its SNC holdings, to 1.66 million shares, as of the end of July, according to Bloomberg data. Fidelity, which owns the third biggest stake in SNC-Lavalin at nearly 5 per cent, added about 800,000 shares recently to hold 8.7 million as of Aug. 19. MD Financial Management and Fidelity declined to comment.

All investment portfolios have winners and losers, and no investor can ever “bat 1,000,” as Mr. Taylor put it. Investors such as the Caisse, RBC Global Asset and others who pick up SNC-Lavalin shares at low levels stand to gain if the company can successfully restructure and reverse its share-price slide. Its decision to sell most of its 407 ownership for up to $3.25-billion appears designed to reassure investors that the company has the balance sheet to withstand its current problems.

SNC-Lavalin’s stock has a buy recommendation from Dimitry Khmelnitsky, an analyst with Veritas Investment Research Corp. in Toronto.

“The market is expecting a billion and a half [dollars] or so of additional losses [for SNC-Lavalin] going forward. On top of all the losses management had already. That seems way too punitive,” Mr. Khmelnitsky said, cautioning the stock is a longer-term investment – since he expects more volatility as fear of the unknown persists. 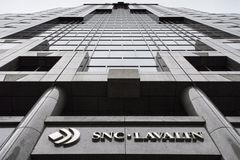 Bank of Montreal chair Robert Prichard stands by his role in effort to secure deal for SNC-Lavalin Subscriber content
August 15, 2019 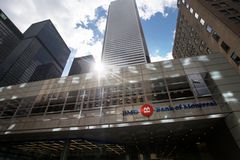 Opinion
The Bank of Montreal connection in the SNC affair Subscriber content
August 15, 2019 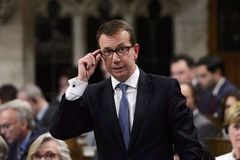