Christina PellegriniCannabis Industry Reporter
Published May 17, 2018 Updated May 18, 2018
For Subscribers

Namaste Technologies Inc., the owner of online stores that sell vaporizers and bongs, is taking unusual steps to stabilize its share price and thwart an attack on its business by short-sellers.

The small Vancouver company is asking its investors to promise that they won’t sell their shares over the next three months. And as a thanks for those who show proof that they held their shares, Namaste says it’s going to throw a big party at the end of the summer.

Namaste investors have had little to celebrate of late. The stock fell 2.35 per cent on Thursday to $1.66, well below its late December peak of $4.40 amid a sector-wide sell-off.

In early May, Namaste shares took a hit when it was the subject of an anonymous research report published on the investing website Seeking Alpha that described the company as all hype and warned that it could lose 80 per cent of its value. Namaste’s attempt to virtually unite its shareholders is a novel – and cheap – way to try to combat campaigns launched by short-sellers who stand to profit when share prices fall.

“The reason I originally did this was to show my commitment to my shareholders, even though our share price might be down and even though people might be attacking us,” said Sean Dollinger, chief executive officer at Namaste. “I’m standing strong for us and whoever wants to join me is welcomed to.”

As of Thursday’s market close, investors have pledged to hold on to more than 116 million shares, according to Namaste’s website. That’s about 40 per cent of the its total stock and includes the 27 million shares held by Mr. Dollinger and co-founder Kory Zelickson. Investors have until Friday to add their names to the list.

He says Namaste is the latest cannabis stock to be attacked by short-sellers who publish damning research on the firms. He won’t name any but calls their conduct “malicious.”

“If you look at the pattern on everybody they attack, the shares go down, they make all their money and then they get out and the stock returns back to its normal level,” Mr. Dollinger said. “It’s stock manipulation at its worst.”

Namaste is an online retailer of vaporizers and other products used to consume cannabis, such as bongs and grinding devices. It operates more than 30 websites that serve 20 countries, but generates the most revenue in Britain and Australia. In the three-month period to February, Namaste recorded $6-million in sales, which is higher than what most Canadian medical-marijuana growers are booking today. The company’s market cap is $457-million.

This month, Namaste agreed to acquire Swedish artificial-intelligence company Findify AB for US$2-million in cash and US$10-million in Namaste stock priced at $1.80 a share. In February, Namaste closed a $40-million financing, selling units for $2.55 apiece.

While the location of the summer bash is still undisclosed, Sean Dollinger says he already has musical talent in mind, some sponsors lined up and a venue picked out.

In a comment posted on the site, an investor holding 1.25 million shares with the initials J.T. said, “Long and strong baby.” An anonymous Namaste investor with 37,500 shares said: “Selling? Nope! I keep adding.”

“The fact that short sellers are unregulated is problematic for many issuers as their existence and theories that need not be validated can weigh on stocks,” she said. But the best defence, she added, is to prove them wrong. 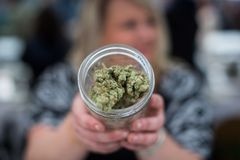 Why investors should take notice of the two little-known pot stocks TD has cleared for buying
Subscriber content
April 12, 2018 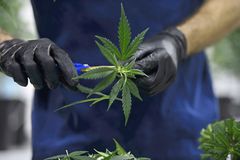