Results from two major U.S. railroads next week are likely to attract more scrutiny than usual as investors look for signs of how deeply U.S. President Donald Trump’s multifront trade war is affecting freight companies and the wider economy.

Among those reporting as the second-quarter earnings season kicks off next week are Union Pacific Corp. on Thursday and Kansas City Southern Railway Co. on Friday, amid worries that new U.S. import tariffs threatened by the Trump administration could also herald weakening demand for goods movers, including truckers, container companies and package carriers.

There is even talk of a “freight recession” and investors look to the transportation sector as a barometer of U.S. economic health.

The S&P 500, which crossed the 3,000 mark for the first time this week, has see-sawed between record highs and sell-offs in recent months on increasing U.S.-China trade acrimony and concerns about a U.S. economic slowdown.

“If these companies come out with reports that confirm people’s concerns about tariffs and inventory buildup, that won’t be good for the market,” said Chuck Carlson, chief executive at Horizon Investment Services in Hammond, Ind.

Omaha, Neb.-based Union Pacific operates a 32,000-route-mile rail network that includes the Los Angeles/Long Beach complex, a port responsible for most of the U.S.-China cargo flow.

Tariffs have already affected the company’s bottom line. In the first quarter, overall freight volume fell, hurt by a 7-per-cent reduction in grain carloads driven by reduced exports to China.

Kansas City Southern is expected to report year-on-year earnings and revenue growth in the mid-single-digits, according to Refinitiv data.

The company’s U.S.-Mexico cross-border traffic contributes a large share of its revenue, and investors will be listening closely to the company’s guidance for any mention of the tariffs on Mexican imports threatened by Mr. Trump in late May.

But that could be attributable in part to companies beefing up their inventories, which have been steadily on the rise as companies “front load” imports to stay ahead of potential tariff-related price hikes.

Shipping-container volumes jumped in late 2018 ahead of threatened tariffs, with container imports spiking 13 per cent in both October and December, followed by a weak first quarter, according to data provided by ACT Research.

This was followed by a weak first quarter, when container volume plummeted as businesses drew down their bloated inventories and freight demand softened.

“U.S. freight volumes were down on both trucks and rails in the first half of 2019 – a freight recession,” said Tim Denoyer, vice-president of ACT Research in Columbus, Indiana.

The trend is well illustrated by the Cass Shipments Index, which shows year-on-year U.S. freight volume has been on the decline since December.

Falling freight demand has been particularly hard on truckers, who account for approximately 70 per cent of U.S. shipment tonnage. The Dow Jones U.S. Trucking Index has significantly underperformed the broader market this year, gaining 4.9 per cent, compared with the S&P 500’s 19.4-per-cent advance.

ACT Research’s index of truck-carrier volumes has been in contraction territory since February, and the latest data shows May volumes hitting the lowest level in nearly three years.

JB Hunt Transport Services Inc, a trucking company due to report on Monday, is now seen posting second quarter earnings growth of 1.7 per cent, down from the 15.2-per-cent jump analysts expected just six months ago when the inventory buildup was in full swing.

Package deliverers have perhaps the most exposure to the tariff dispute because of the international scope of their operations.

FedEx Inc., a global economic bellwether that has beefed up its international capacity by 19 per cent since 2016, according to a Bernstein analysis, is beginning to feel the trade war’s sting.

On June 25, the company reported better-than-expected quarterly profit, but on its earnings call the company’s chief financial officer, Alan Graf, warned “our fiscal 2020 performance is being negatively affected by continued weakness in global trade and industrial production.”

United Parcel Service Inc., expected to report on July 24, is now seen posting earnings of US$1.93 a share, down 0.5 per cent from a year ago, and 5.4 per cent lower than analysts expected in January.

“The key to this market is transportation stocks,” Mr. Carlson added. “The reports next week will provide a pretty nice window into how these companies are responding to tariffs.” 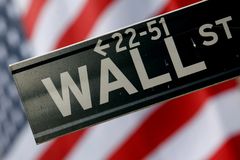 A stock market record and rising economic worry? Wall Street has a name for that
Subscriber content
July 11, 2019 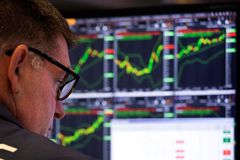 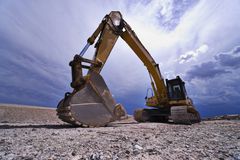