For Canadian investors tempted by the latest bitcoin craze, money manager Fred Pye offers what many will see as one of their only pure-play options.

The chief executive of 3iQ Digital Asset Management runs The Bitcoin Fund (QBTC-T), which started trading last spring. It’s a unique offering in Canada and believed to be one of two pure-play bitcoin funds worldwide. (The other, the BTCetc Bitcoin Exchange Traded Crypto Fund (BTCE-FF), debuted on the Frankfurt Stock Exchange in August).

There are plenty of options available to buy into the bitcoin boom, but Mr. Pye argues the vast majority of them – from virtual bitcoin exchanges to ETF-like products called exchange-traded notes (ETNs) – are too risky for the average investor.

The 3iQ product is technically a closed-end fund, but Mr. Pye said it “runs just like an ETF.”

“Ours is the only bitcoin fund that you can put in your RRSP,” Mr. Pye says.

QBTC’s fund profile says it seeks exposure to bitcoin through long-term holdings of the digital currency as an alternative to a direct investment in bitcoin and that it won’t speculate on short-term changes in bitcoin prices. Its management fee is 1.95 per cent.

Of course, that kind of growth always carries the risk of going backwards just as fast. The price of bitcoin fell more than 20 per cent since Friday, and was trading at about US$34,000 late Monday afternoon. Shares of QBTC, meantime, were down about 15 per cent to $55 per share in Monday trading.

The pioneering cryptocurrency went gangbusters again in recent weeks, bursting past its previous record-high US$19,783 in 2017 to and attracting a new wave of investors. Experts say inflation, amid massive stimulus spending worldwide, is driving people to store-of-value assets, including Bitcoin.

Unlike 2017, the latest bitcoin surge appears to be driven by the ultrawealthy. According to a report last month from data firm Chainalysis, investors purchasing at least 1,000 bitcoins collectively spent more than US$11-billion on the cryptocurrency during the final three months of 2020.

“Now that you have the [American billionaire hedge fund manager] Paul Tudor Jones’s of the world seeing bitcoin as a prudent way to invest their cash, that has caused a double-take,” says James Burron, president of the Canadian Association of Alternative Strategies and Assets (CAASA). “That is what led to a change in my mind.”

“Fred has always done everything first,” he says, referring to Mr. Pye’s efforts in the 1980s to win regulatory approval for gold and platinum certificates to trade directly on the Montreal Stock Exchange via the now-defunct Guardian Trust Company.

“That was back in 1983,” Mr. Pye recalls. “It took us three years to get them listed. [Regulators] said they were non-traditional custodians, volatile and could be used for criminal purposes. Well, we did and, fast-forward 40 years later, and one of the top-five ETFs in the world is GLD [The SPDR Gold Trust]. We are doing the same thing now with bitcoin.”

Mr. Pye believes bitcoin is “the only thing that can catch up to gold in terms of a store of value,” adding the latest boom is unlikely to go bust any time soon.

The total market value of bitcoin is still roughly US$600-billion, even after the latest correction, and the total cryptocurrency market surpassed US$1-trillion in value for the first time on Sunday. Soon “it will be five trillion dollars and then it will challenge gold at 10 trillion dollars,” Mr. Pye says.

Part of his confidence in bitcoin’s continued upward march comes from the fundamental scarcity built into its design. Every four years, the amount of new bitcoins produced every 10 minutes is cut in half, until supply is ultimately capped at 21 million.

Many have tried and failed to launch their own versions of a bitcoin fund over the years, going as far back as 2013 with the Winklevoss twins, but regulators have rejected every effort. That has left Mr. Pye’s competitors relegated almost entirely to over-the-counter markets, otherwise known as “pink sheets.”

One example of those competitors would be the Bitwise 10 Crypto Index Fund, which Bitwise Asset Management debuted on the OTCQX under the ticker BITW on Dec. 9. The product has proven popular, with more than US$67-million in shares having changed hands in its first three days of trading. However, its structure is arguably too complex for a typical investor.

The closest rival to QBTC, according to Mr. Pye and Mr. Burron, is the Grayscale Bitcoin Trust in the United States. The quasi-closed-end fund has attracted more than US$8-billion in assets under management, though Mr. Pye warns that it is largely permanent capital.

As for QBTC, Mr. Pye says 3iQ does private placements every day to try and track as closely to the actual price of bitcoin as possible while physically vaulting the bitcoin purchased by the fund. ETNs, by comparison, are derivative-based products, meaning they are often one step removed from the actual price of bitcoin and can therefore be subject to even more extreme volatility.

Regardless of the broad range of risks attached to the even-broader range of options for those looking to gain bitcoin exposure, Mr. Burron believes the key for interested investors is simply getting in while you still can.

“Once you realize the scale, you start to think ‘I should at least put something into this’,” he says.

Editor’s note: An earlier version of this article incorrectly identified The Bitcoin Fund as an ETF. It is a closed-end fund. 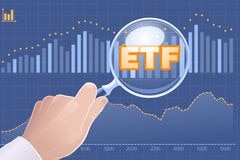 ETFs are healthier retirement options, so why don’t more advisers use them?
March 18, 2021 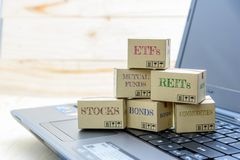