Wealthsimple Trade is now offering the ability to buy fractional shares in certain Canadian and U.S. companies, putting some of the market’s most high-priced stocks within reach of newer investors.

Clients of the commission-free trading platform are now able to buy as little as one dollar’s worth of a stock in nine U.S and four Canadian companies, including high-flying Shopify Inc., the most valuable publicly traded Canadian company by market capitalization.

It marks the first time a broker has offered fractional shares in both Canadian and U.S. firms, according to the company.

Some of these stocks are out of reach for many younger investors. A single share of Amazon, for instance, is currently worth about US$3,700; Shopify is trading just below $1,900.

“Fractional shares are one of the top features requested by our clients to give them greater access to invest in their favourite companies and sectors, and we look forward to expanding the feature,” said Robyn Ross, Wealthsimple’s chief core operations officer and head of trade, in a statement.

Dividends, if a stock pays them, will still be paid out – based on the client’s fractional holding.

Wealthsimple launched fractional trading as part of a test program last week. Among the randomly selected pilot users was 18-year-old Montreal resident Victor Leblanc, who said he used the feature to buy $15 worth of Tesla stock – about 0.44 per cent of a share worth about US$670 at the time.

“I really love it. I think it’s great because if you don’t have access to fractional shares, Canadians are at a disadvantage compared to the United States,” said Mr. Leblanc, who has been teaching himself about investing and diversification since he was 15.

“I think it makes it more risky if you don’t use fractional shares because you could have 80 per cent of your portfolio in Tesla, for instance. This actually makes investing safer,” he said.

The feature may be welcomed by self-directed investors, many of whom are funnelling their pandemic savings into stocks for the first time. Investors opened more than 2.3 million DIY accounts last year, up from about 850,000 new accounts the previous year, according to Investor Economics, a financial services research firm.

Meanwhile, one in 10 Canadians plans to leave their financial adviser and manage their own portfolio this year, and another 4.7 million Canadians are seriously considering doing so, according to global comparison site Finder.com. Young people, aged 18 to 24, were most likely to strike out on their own, the research found.

In addition to making it easier to diversify a portfolio on a budget, fractional shares can help investors get the most out of available cash, according to Shi Li, an associate professor of finance at the Sprott School of Business at Carleton University. Instead of having to save enough money for a whole share in a low-interest chequing account, he said, investors can purchase shares right away, taking advantage of price growth.

Others caution that, as trading becomes more accessible, it becomes more important to educate new investors on the risks of the stock market. While buying fractional shares doesn’t necessarily make investing riskier, it could encourage investors to make shortsighted trades, according to Pauline M. Shum Nolan, a professor of finance at the Schulich School of Business and the founder of finance analytics company Wealthscope.

“We saw what happened in January when Reddit users put a couple hundred dollars into companies like Gamestop or AMC,” Prof. Shum Nolan said. “It creates an environment where investment becomes more like gambling. We don’t want to turn it into a casino. Investing shouldn’t be a game.”

Wealthsimple’s Ms. Ross said that while the company’s approach to creating wealth over the long term remains the same, it also thinks there should be a place for people to responsibly buy and trade stocks as part of a healthy financial plan.

“We value our clients’ feedback, experimentation and iteration over the perfect final solution – and we’re nowhere near done,” she said. “We have a really exciting roadmap ahead.” 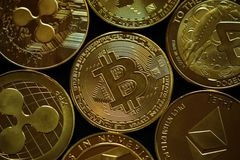 Power Corp. shares on a roll with Wealthsimple stake. Will the rally continue?
Subscriber content
May 5, 2021 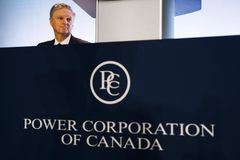