The dividend boom that income investors have been waiting for is finally taking shape.

Last year, the North American corporate sector cut dividends on a mass scale, only to emerge from the worst of the pandemic with greater earnings power.

Now with earnings at record levels and still growing, many companies have started to return some of their excess cash to shareholders.

“Dividends still have a long way to go to catch up,” said Stephen Duench, vice-president and portfolio manager at AGF Investments Inc. “It’s an exciting time for dividend growth. These corporations are just printing cash.”

As a group, companies in the S&P/TSX Composite Index have seen their profits expand by roughly 90 per cent over the past 12 months, well in excess of the average growth rate of 11 per cent posted over the past 15 years. (In the accompanying chart, earnings growth is advanced six months to better show the trend.)

Canadian dividends, on the other hand, currently sit well below their long-term trend – just 2.5-per-cent growth over the past year, compared with a long-term average of about 10 per cent.

The wide gap between profits and dividends can be at least partly explained by residual caution on the part of business leaders.

When the global economy virtually ground to a halt in early 2020, a substantial cross-section of Canadian corporations cut or suspended shareholder payouts as one measure to protect businesses from the pandemic.

Corporate Canada has been slow to relinquish its frugality, even as balance sheets have swelled with cash reserves. It’s a similar story in the U.S. stock market. S&P 500 companies cut their payouts by 27 per cent in response to a 20-per-cent earnings drop in early 2020, according to a Credit Suisse report from last month. Since then, profits have risen by 32 per cent, while dividends and buybacks have increased by just 1 per cent. 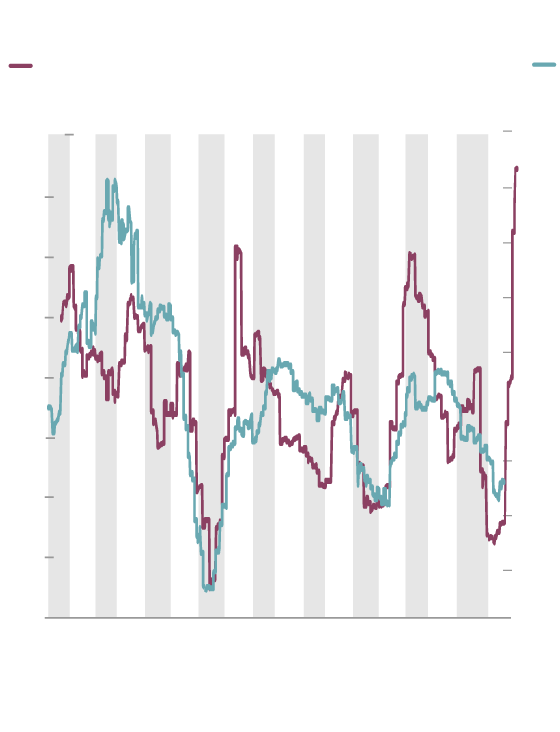 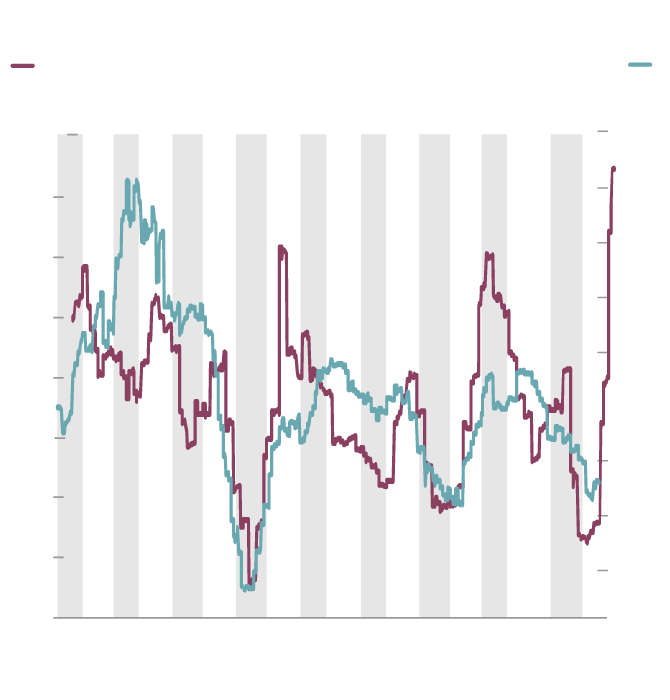 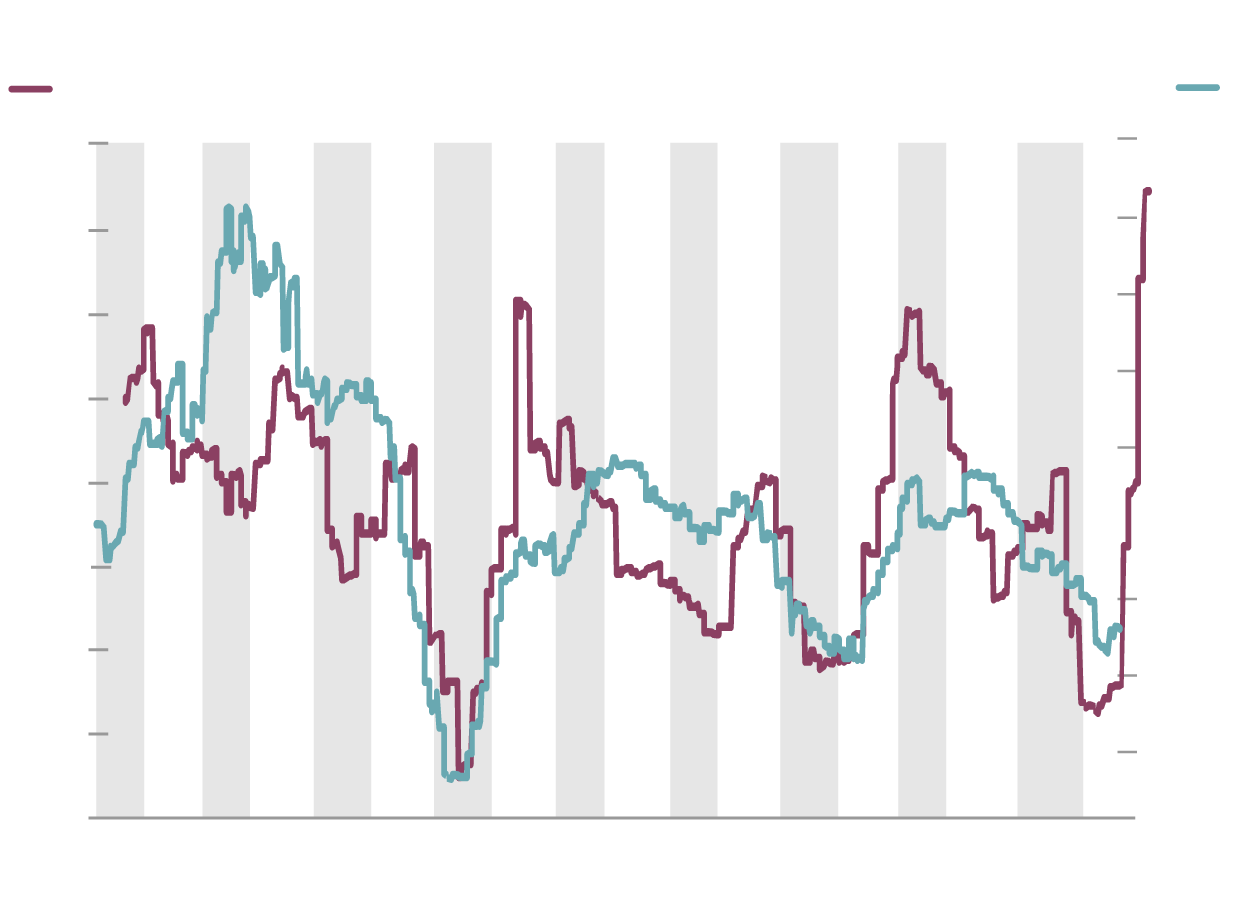 The resumption of generous shareholder payouts will be a “key sign of a return to normalcy” for the stock market, Brian Belski, BMO’s chief investment strategist, said in a recent note.

Third-quarter earnings season is full of promising signs for dividend-paying stocks as an asset class, said Izet Elmazi, chief investment officer at Bristol Gate Capital Partners. “We’re hearing it from all kinds of corporates on conference calls, that they’re in decent financial shape, and they have the ability and willingness to put their cash to work,” Mr. Elmazi said.

Canada’s big banks are a sure bet to handsomely reward their shareholders. Since March, 2020, banks and insurers have been prohibited by the federal regulator from raising dividends or repurchasing shares.

But the once-feared wave of loan defaults resulting from the pandemic never really materialized, and the banks are sitting on billions of dollars in excess capital as a result.

As of last quarter, core earnings generated by the big banks were 23 per cent higher than prepandemic levels, according to a recent note from Toronto-based Hamilton Capital Partners. “Current earnings and capital could support immediate dividend increases of between 20 per cent and 25 per cent, even if earnings completely stalled,” the report said.

Beyond financials, Canada’s resource sectors have seen their earnings prospects shift dramatically in recent months. With consumer demand booming around the world and the global supply chain clogged up, prices have soared on commodities of all sorts. Just since the start of the year, the Bank of Canada’s commodity price index has risen by more than 40 per cent to hit its highest level in more than seven years.

West Texas intermediate hit a recent high of nearly US$85 a barrel. This time last year, a barrel of U.S. crude oil was trading at roughly US$35. “Many Canadian oil and gas producers are on the cusp of achieving their debt targets, leading investors to clamour for increasing cash returns,” BMO Nesbitt Burns analyst Randy Ollenberger wrote in a note.

Meanwhile, CIBC World Markets analyst Dennis Fong said the oil patch is in a period of “harvesting cash flow.” Even after planned capital expenditures and dividends, oil sands companies should have $28-billion in excess cash flow. At least half should go to debt repayment, leaving roughly $14-billion “to accelerate returns to shareholders, namely from buybacks given current valuations,” Mr. Fong wrote in a note.

The same theme is playing out across many different sectors, giving dividend investors an unusually wide variety of good candidates, Mr. Duench said.

“You can find yield in cyclicals like financials and energy. And you can find some of the best dividend growth in IT and health care,” he said. “You don’t have to just buy the defensive, rate-sensitive names like telcos, utilities, and staples.”

opinion
The Bank of Canada has just given mortgage shoppers a strong reason to lock in a rate
October 27, 2021
U.S. dividend stocks that pass muster on yield, quality and safety
October 27, 2021